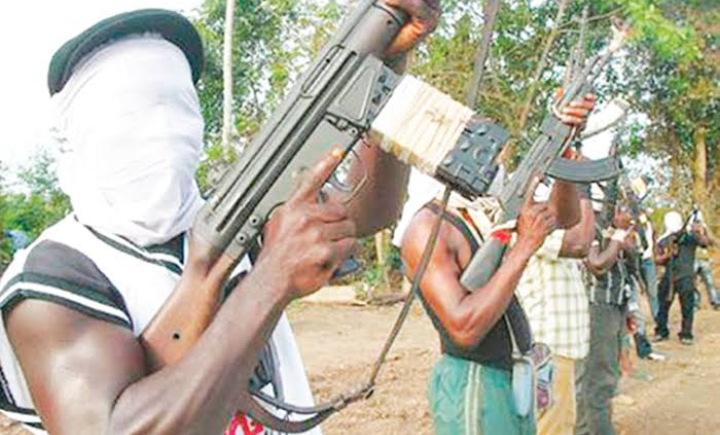 The Nations Newspaper reported that the incident happened around 7:00pm on Monday, April 26. About five of the six policemen who stood to repel the attack lost their lives. The gunmen attacked the police headquarters, freed the prisoners and made away with some police weapons.

The attack was too severe that the residents of the area, out of fear, ran into bushes to hide.

One of the villagers said they started hearing gunshots in the area of Orieagu, around 7:00pm. The source said they thought armed robbers were robbing First Bank, only for them to later discovered, that it was Area Command Police station that was attacked.

He said when they visited the area after the attack, they found lifeless bodies of five police men.

The state police spokesperson, Orlando Ikeokwu, also confirmed the incident, he said five officers were killed while one is yet to be accounted for. He added that the attackers did not burn the police building.

This happened just two days after unknown gunmen attacked Governor Hope Uzodinma’s house and burnt both house and the cars parked in the compound.