By ChungleeWrites (self meida writer) | 17 days 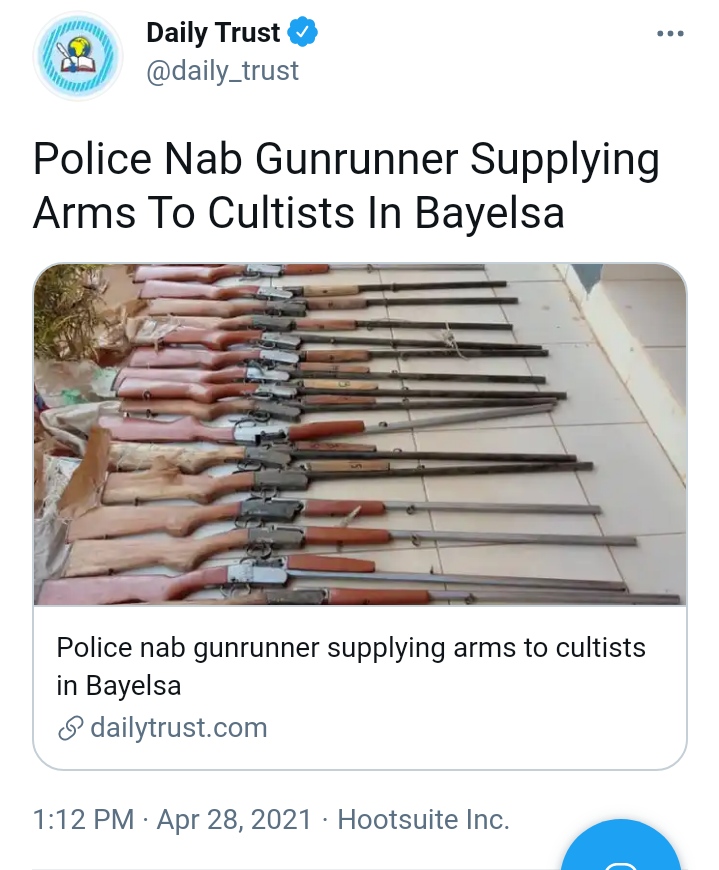 Operatives of anti-kidnapping unit of Bayelsa State Police Command have arrested one Victor Ogon, a suspected gunrunner and supplier of arms to cultists in the state.

Police spokesman in Bayelsa State, SP Asinim Butswat told journalists in Yenagoa on Wednesday that the arrest followed a tip-off that the suspect specialises in fabricating and selling locally made guns.

He said that investigation also revealed that the arrested suspect is a member of a dreaded “bobos” cult gang in the state. 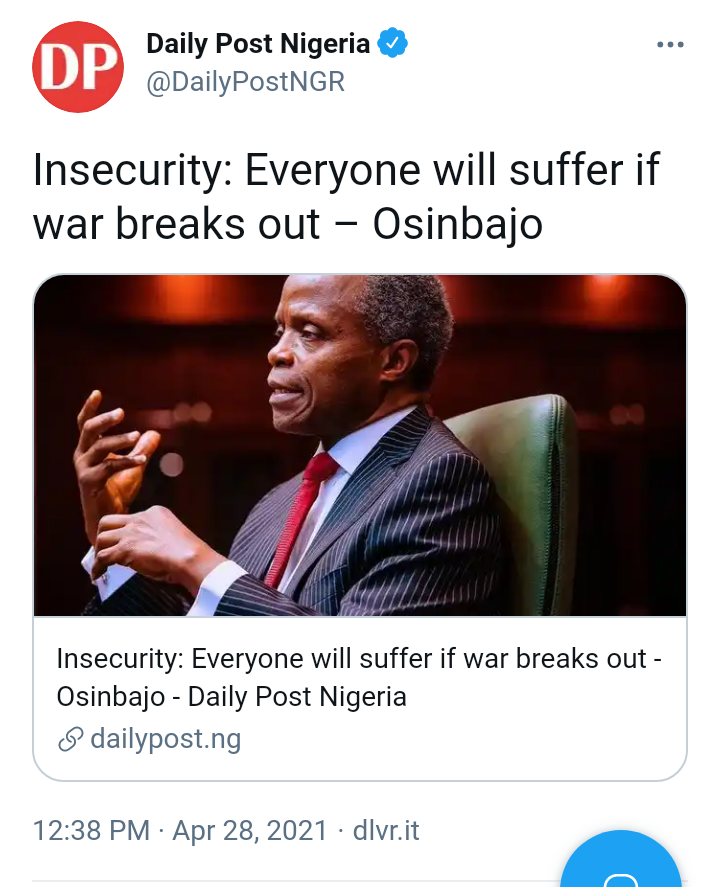 Vice President, Yemi Osinbajo, has said that Nigeria cannot afford another civil war because it will not augur well for the country.

Osinbajo said this at an interactive forum of the All Progressives Congress (APC) Anambra governorship aspirants organised by the State chapter of the APC Patriots in Abuja, NAN reports.

Osinbajo said the political elite must rise up to the challenge by speaking the truth and taking actions to address the situation in the country.

The Vice President said that the elite could make a great difference just by the words they speak.

He, therefore, urged political elites in the country to always speak up and stand for the interest of the country and the general public. 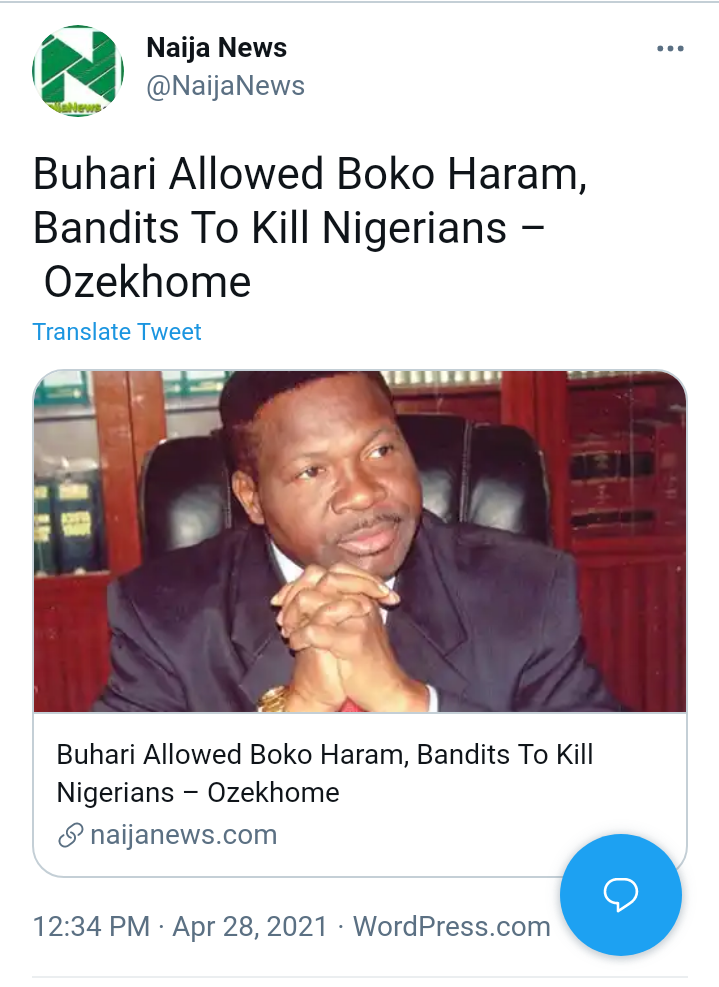 In a statement on Wednesday, Ozekhome said President Buhari has been missing in action in curbing the rising insecurity facing the country.

He berated the President for allowing Boko Haram and other criminals to overrun the Nigerian state to the extent of mounting their flags in parts of the country.

The senior lawyer noted that Nigeria was no longer working, following the multiple attacks on lives and properties in the country this week which claimed at least 15 cops, five soldiers, and 20 civilians. 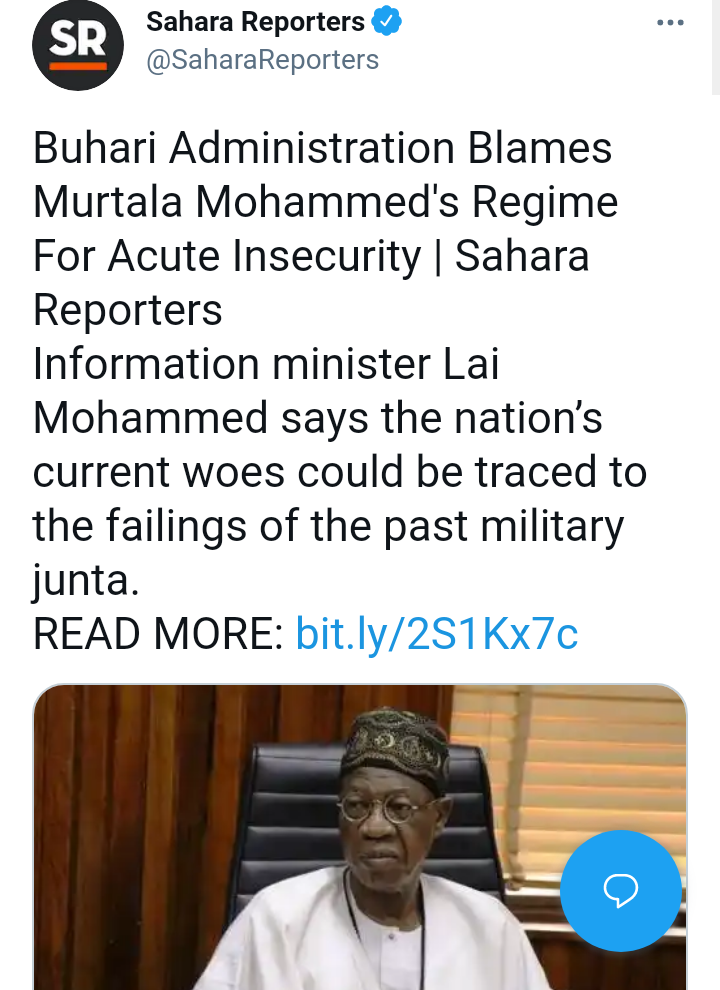 The President Muhammadu Buhari-led administration has blamed the insecurity situation in the country on the inability of late General Murtala Muhammed’s regime to carry on with its policy on compulsory free education for citizens born after 1970.

Murtala Mohammed, who overthrew Yakubu Gowon’s regime, was Nigeria’s military ruler from July 1975 until when he was assassinated on February 13, 1976.

Featuring on a Channels TV programme on Monday, information minister Lai Mohammed says the nation’s current woes could be traced to the failings of the past military junta. 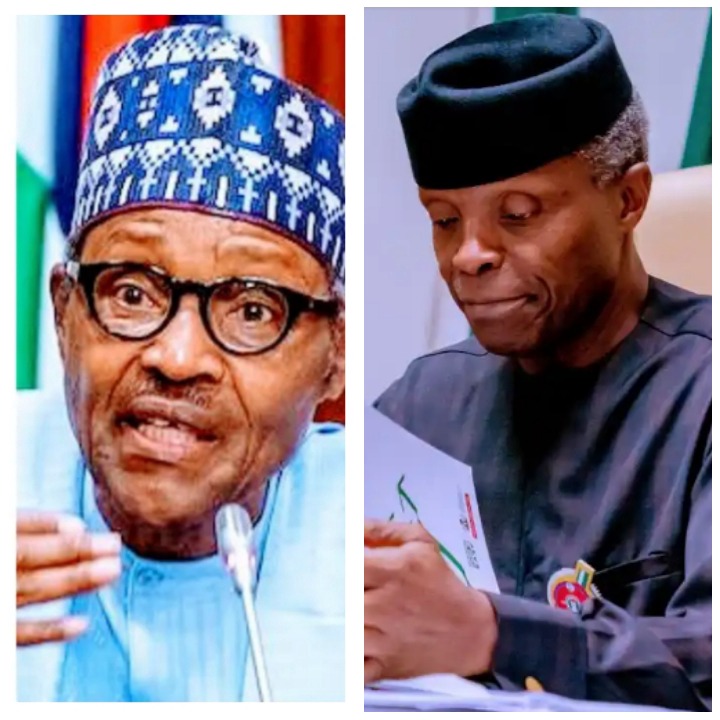