Following the video where Danladi Umar, the chairman of the Code of Conduct Tribunal (CCT) was caught assaulting a security guard at a shopping complex in Abuja. The security man has narrated what happened on that day. How Umar assaulted him and how his driver attempt to hit him with iron. 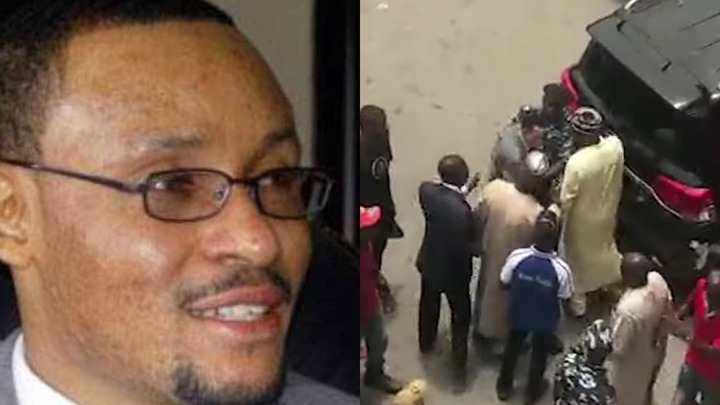 The CCT chairman was angrily kicking the guard before he was cautioned by policemen who led him to his car. In an interrogation with him, when he was asked what transpired between him and the security, he explained that the man was rude in his approach, he told him not to park his car at an empty space without giving him any tangible reason and the guard also threatened to deal him, the chairman says.

In case you missed the video, click here to watch it. 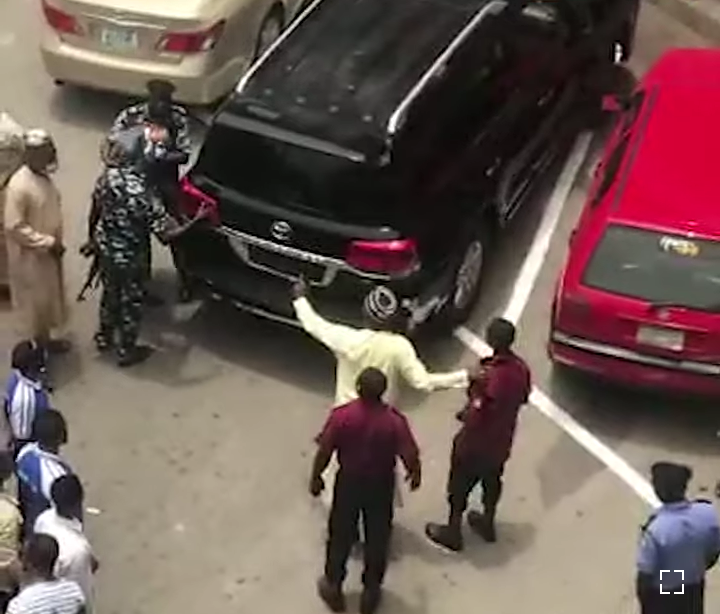 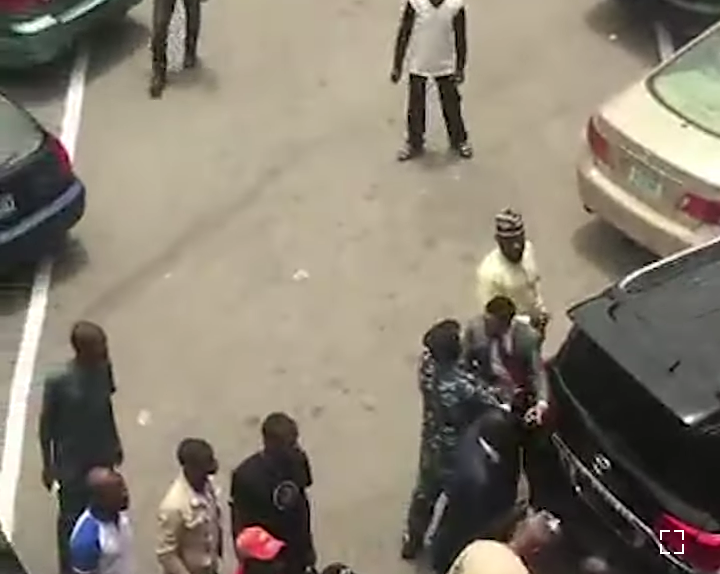 The security man while narrating what happened, he said he went to the Umar that day to tell him not to park his car in the wrong place and that his car will be blocking the road but the next thing Umar did is that, he comes down from his car and slapped him, his driver also come and pushed him to the ground then run to bring an iron with the attempt to hit it on him but people intervene and told him not to do so and then collect the iron from his hand.

Read more below for a better understanding. 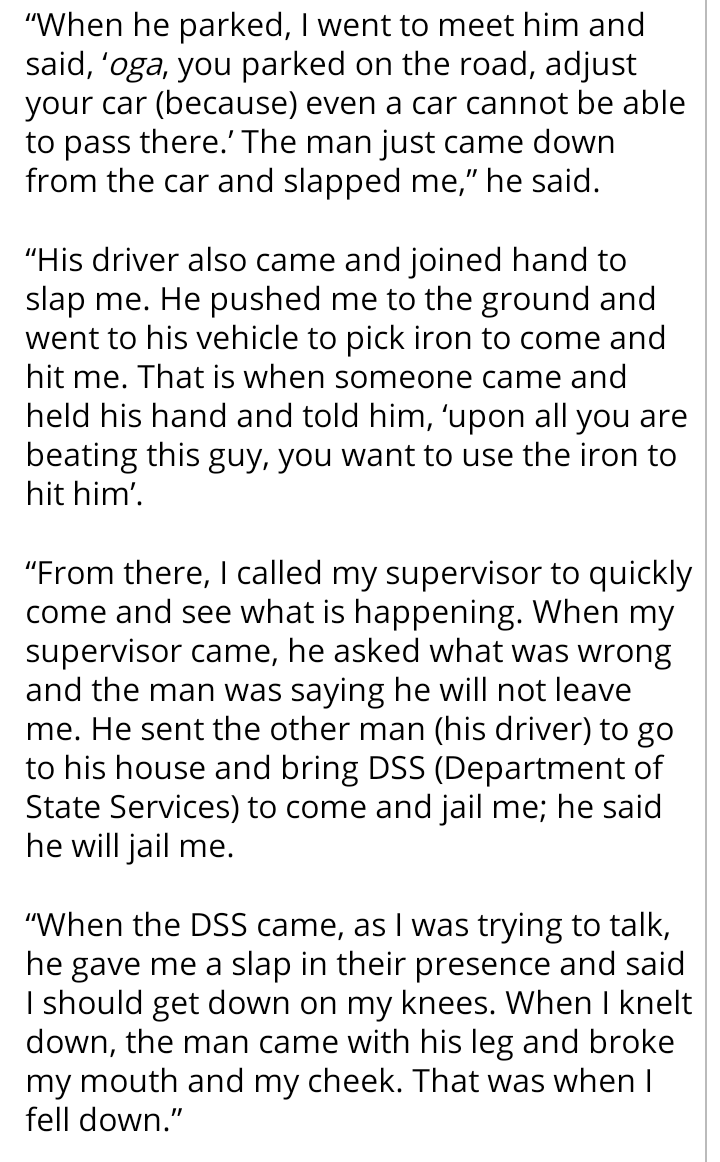 The security man who decided to hide his name for safety reasons is currently in the hospital, he claimed he was injured through the beating.

What kind of behavior is that from a CCT chairman, no matter what may transpire between them, he shouldn't have slapped or beat the man, it's very clear in the video, i see the whole thing as cheating. Or what will you call it?