EFCC spokesman, Mr Wilson Uwujaren said in a statement on Monday that the suspects were arrested following an intelligence report on their alleged involvement in internet-related fraud. 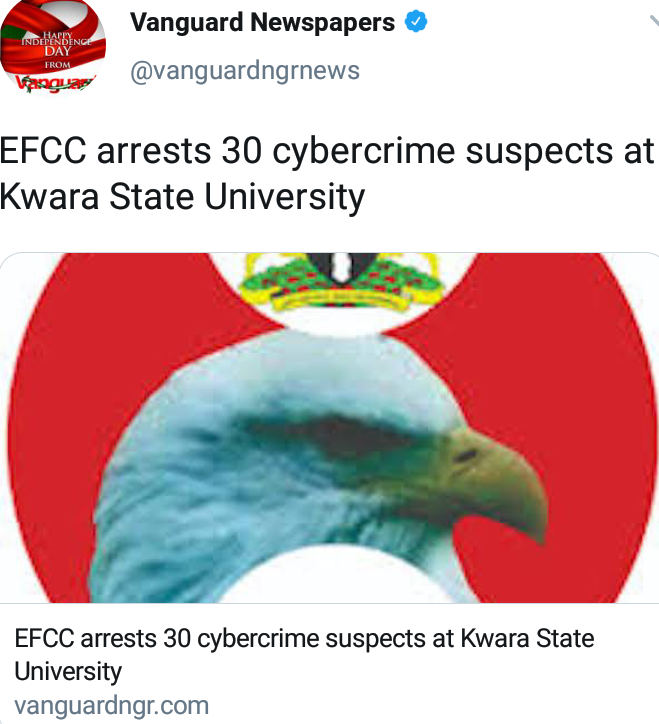 “Part of the intelligence indicated that suspected internet fraudsters were operating in campuses around Ilorin to swindle unsuspecting victims of their hard-earned income,’’ he stated.

The spokesman said that based on intelligence reports and weeks of surveillance, EFCC operatives searched some hostels in the university on Sept. 19 and made a number of arrests.

The Katsina state Police command says it has arrested five persons suspected to be supplying bandits with petroleum products, in addition to a suspected kidnapper in the state.

The police spokesperson in the state, SP Gambo Isah, disclosed this in a statement issued to newsmen on Tuesday, in Katsina. 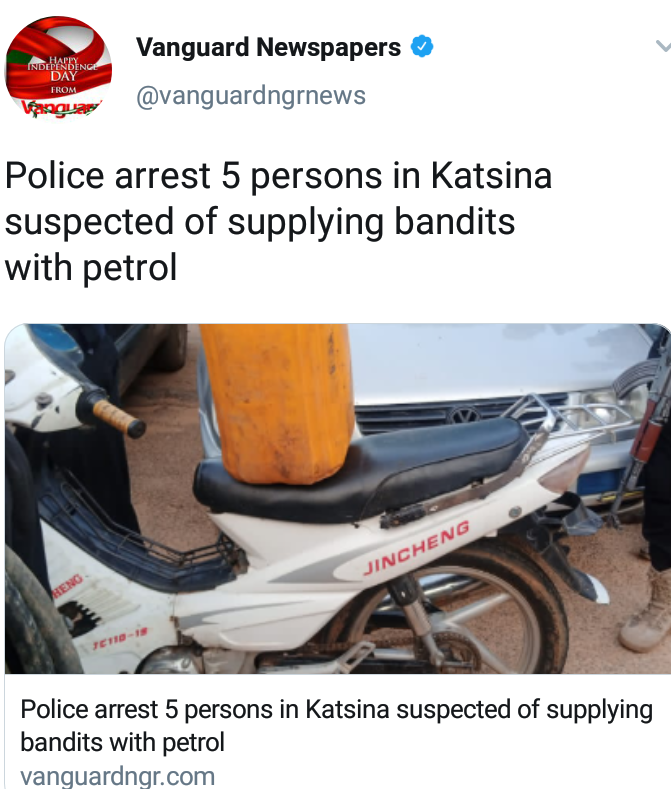 “On Sept 18, 2021, based on credible intelligence, the command succeeded in arresting a 32-year-old man from Maradi, Niger Republic, conveying fuel in a Passat vehicle.

“Another 28-year-old man, a resident of Magamar Jibia, was also arrested conveying fuel in his Passat vehicle.

The Presidential Implementation Committee on Federal Government Landed Property has stated that it has the powers to sell or lease out any property of the Federal Government without prior knowledge of the ministry, department or agency using it. 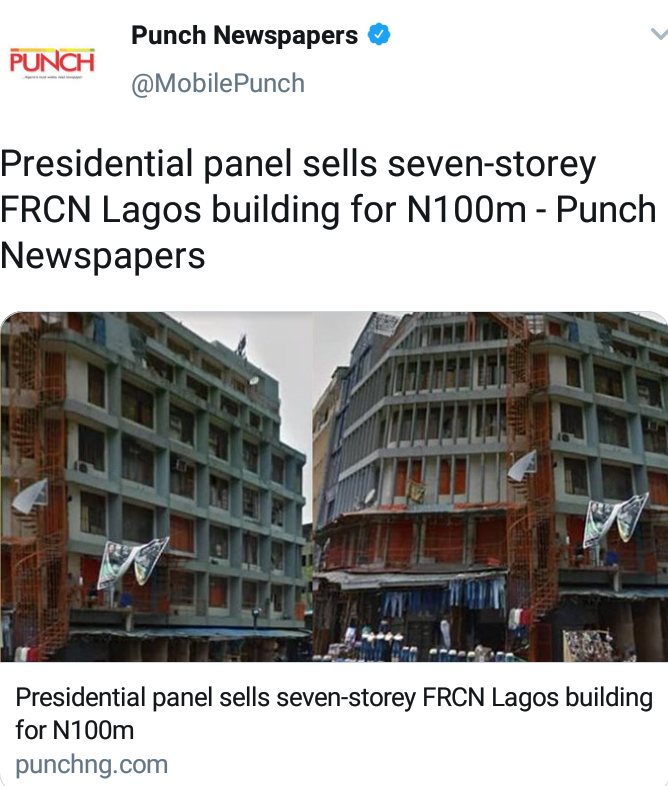 The PIC made this known to an ad hoc committee of the House of Representatives, which is investigating the abandonment of Federal Government property across the country.

The Secretary of the PIC, Bala Sanusi, while speaking at the resumed investigative hearing of the committee, noted that it would be cumbersome for the presidential panel to inform all the MDAs of its intention to sell or lease out the over 25,000 property handed over to it.

The Lagos State Government has prohibited cattle herders from owning or carrying guns, saying herders in possession of firearms will face 21 years imprisonment. 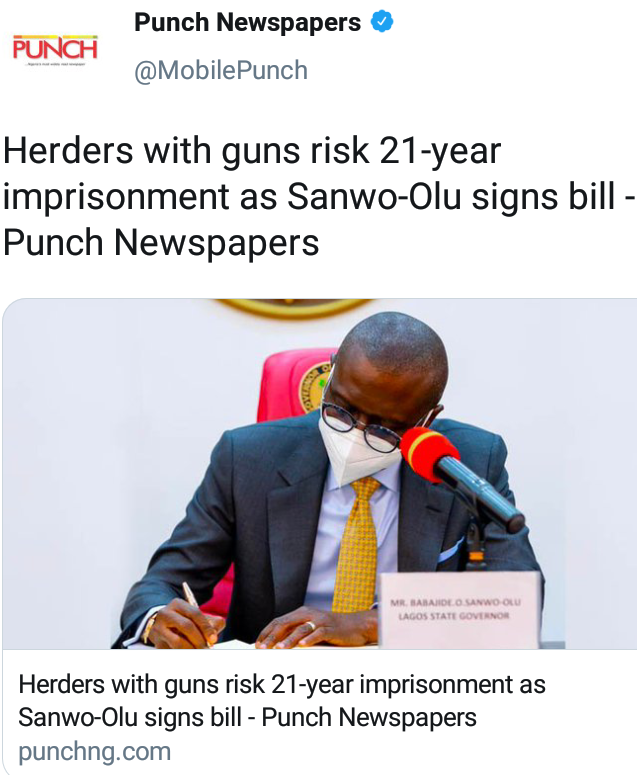 This was part of the provisions of the Bill Prohibiting Open Cattle Grazing and Trespass of Cattle on Land signed into law by the state governor, Mr Babajide Sanwo-Olu, on Monday, 11 days after it was passed by the State House of Assembly.

At the event, Sanwo Olu said, “By the powers vested in me as the Governor of Lagos State, I am signing the bill on Open Cattle Grazing and Trespass of Cattle on Land into law to prohibit issues associated with open grazing of livestock.”