Left for quick and prompt intervention of emergency officials in Lagos state on Saturday, there would have probably been a bitter story flying around in the mega city by now following the petrol laden tanker that fell off in Surulere area of the state.

Ordinarily, the fall of petrol tanker either in Lagos or any other place is always a good opportunity for people to troop into the location and begin to scoop fuel into any available container they can lay their hands on. And in most cases when such incidents occur, it always end up in fire outbreak that will claim several lives and billions of properties. 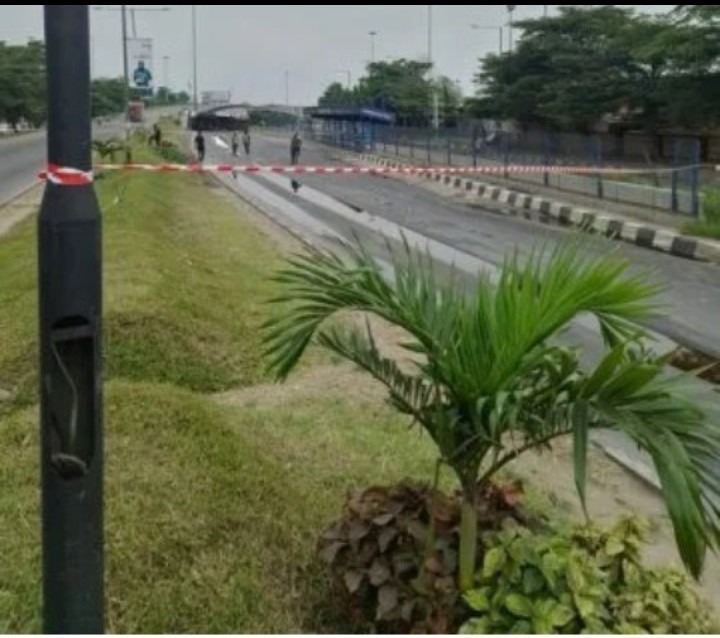 Whoever managed to survive the disaster never remains his or her normal self. This was the disaster that was quietly averted by Lagos emergency workers around Stadium bus stop in Surulere area of Lagos on Saturday.

According to the report on Punch Newspaper, it was gathered that tanker with registration number LAGOS 961 XJ was fully loaded with 33,000 litres of Premium Motor Spirit, PMS. On getting to the Stadium bus stop along Funsho Williams Avenue, it fell and spilled its content. 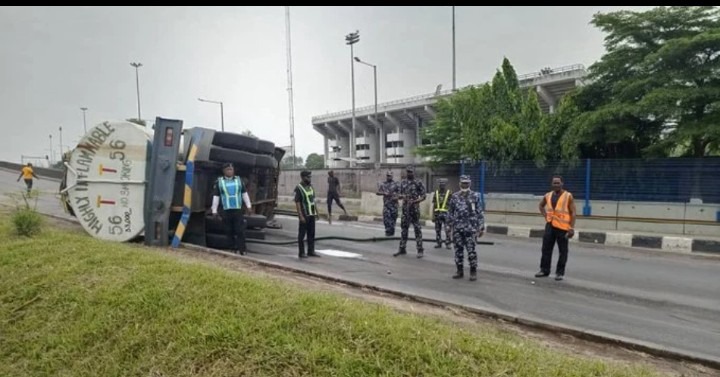 Before area boys, hoodlums and desperate residents could descend on the fallen tanker and start scooping the content in a show of opportunity, the Divisional Police Officer of the area, CSP Adebayo Adekoya alongside his men has taken over the surroundings and condorned it off from being accessed by people.

It was this decision that made it easy for Fire Fighters to easily control the situation and neutralize whatever that could have caused a spark during their arrivals.

This however is a credit to the prompt response and proactiveness of the emergency team especially the Surulere police division that took a bold step to curtail the situation before the arrival of the fire fighters. 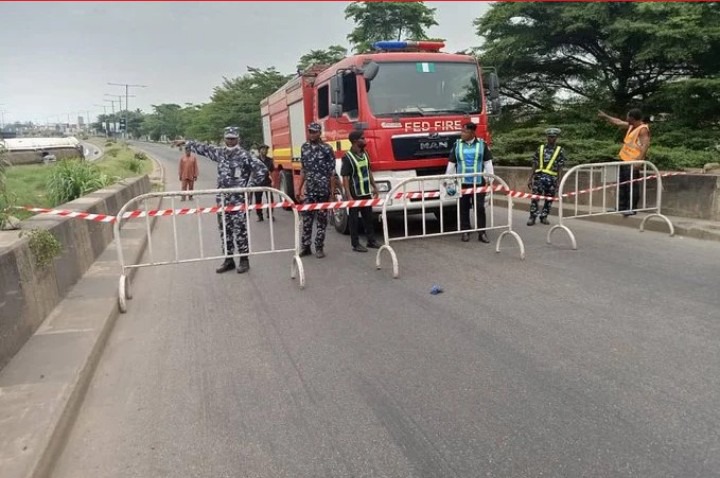 If they had delayed their action for one minutes before the time, hoodlums would have taken over the place from them. And this would have been very difficult for them to handle because at that point, any attempt to teargass or shoot into the air as a way of dispersing them would have resulted in fire explosion.

And this would have been a major disaster not only in the area but also across the state.