By Specialty (self meida writer) | 6 days 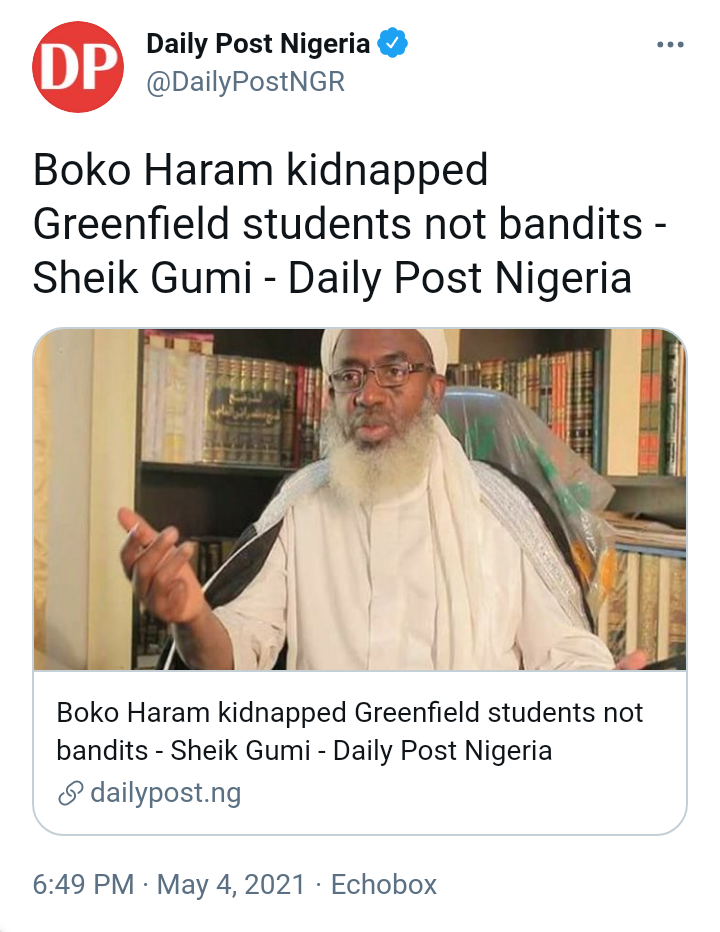 Controversial Islamic cleric, Sheikh Ahmad Gumi, has revealed that Boko Haram terrorists and not bandits are responsible for the abduction of students of Greenfield University, Kaduna.

Gumi, made this known in an interview with AIT on Tuesday, adding that he came to the conclusion after he traced them.

He said, “Yes Boko Haram is responsible for the abduction of Kaduna students. When we tried to trace them and put some sense into them, the contact who is also a nomadic Fulani, threatened me.

They said if we insist on them they were going to catch me and I will have to pay a ransom before I get out.” 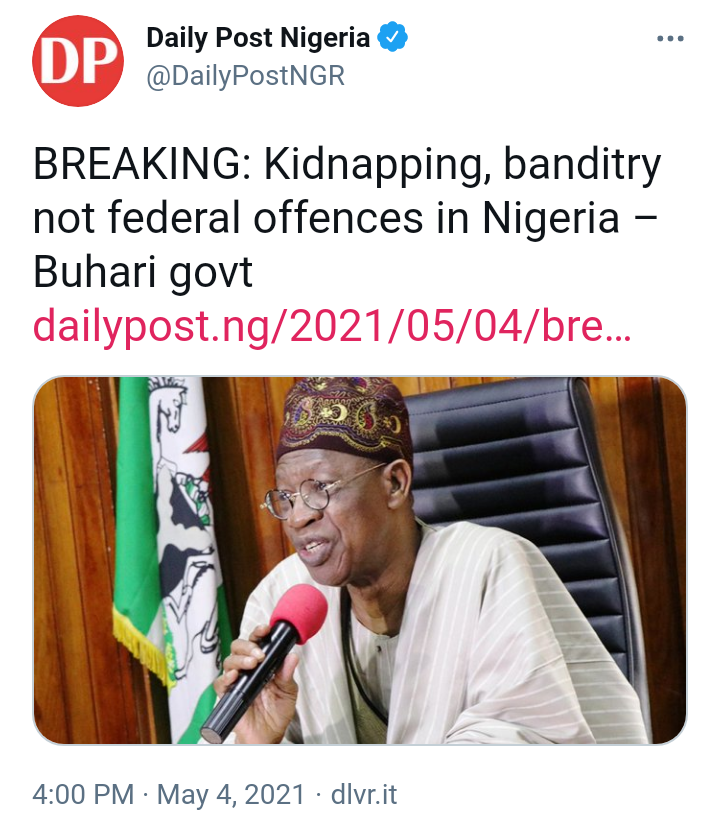 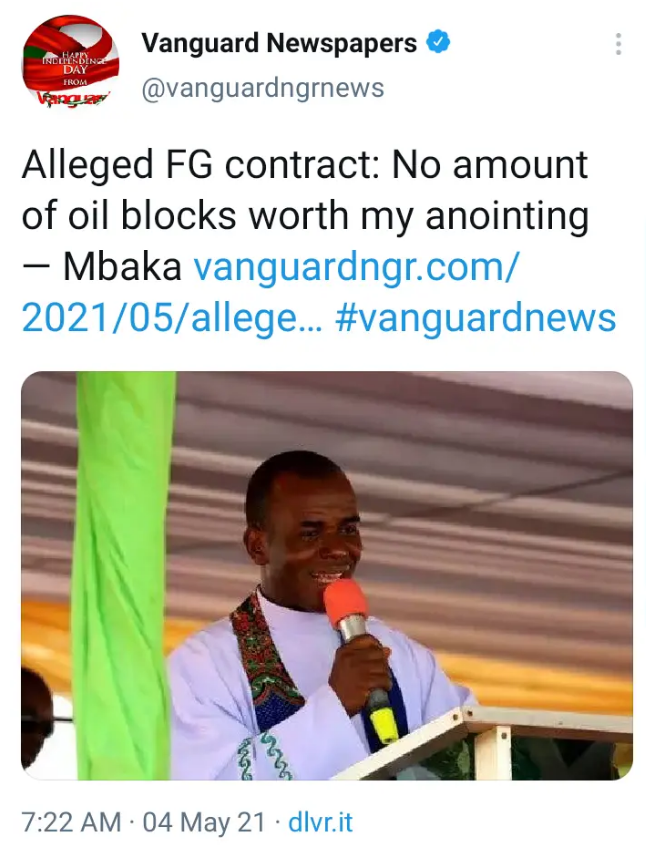 Recently, Rev. Fr. Ejike Mbaka reacted to the allegation by the Presidency that he attacked President Muhammadu Buhari because he was refused a contract, saying that no amount of oil block would make him trade with his prophetic anointing.

Mbaka said that he is not deterred but rather happy that the truth about the Presidency is revealed. 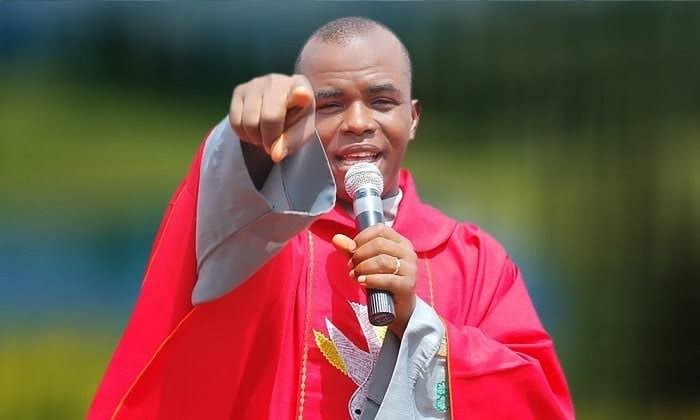 According to him, the three people referred to as contractors by the Presidency were people that came to help the country fight insecurity during the first tenure of President Buhari.

"We Will Shut Down Aso Rock" -Bamgbose 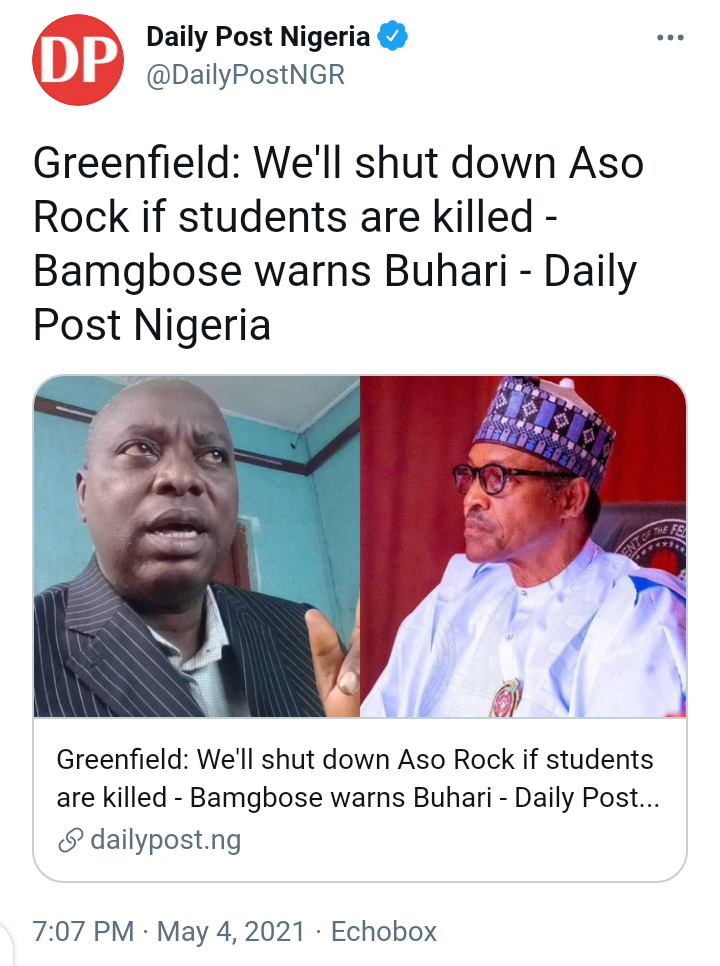 Olusegun Bamgbose, Esq., National Coordinator, Concerned Advocates for Good Governance, CAGG, has warned that the Presidential Villa will be on fire should bandits make good their threats to kill the remaining seventeen Greenfield University Students.

The bandits had yesterday declared that the students would be killed on Tuesday if the government refuses to pay them a N100 million ransom.

DAILY POST reports that about 22 students were abducted from their university campus on April 20 when gunmen suspected to be bandits invaded the school premises.

Opinion: Why It Is Almost Impossible For Armed Robbers To Invade Aso Rock