By Hub-gist (self media writer) | 1 year ago

"I Can Step Down As Oyo Governor" - Makinde 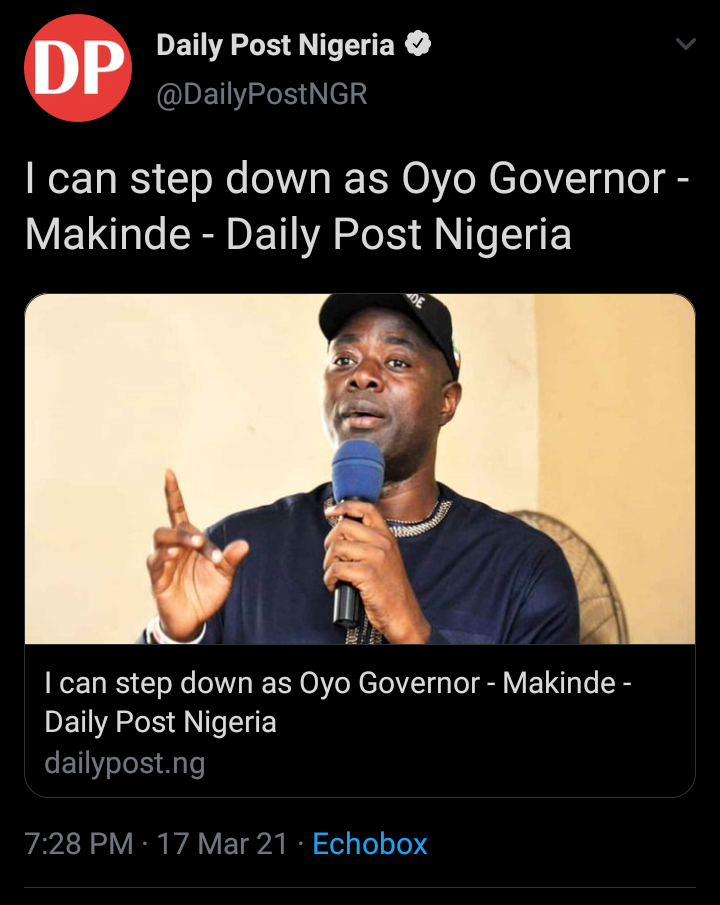 The series of Attacks and insecurity in the country have given so many prominent Politicians concern to the extent that they have started preaching peace.

Recently, The Oyo State Governor, Seyi Makinde, has appealed for an end to killings in Nigeria.

He also cautioned Nigerian leaders to be careful of their comments and actions ahead of the 2023 presidency.

At a meeting of Yoruba leaders in Ibadan on Wednesday, Makinde said the nation must be peaceful for smooth general elections.

He stated that 2023 should not be the main discourse in the polity now but how to deliver dividends of democracy to Nigerians.

ICPC Set To Arrest Another Prominent Man Over 900 Million Contract 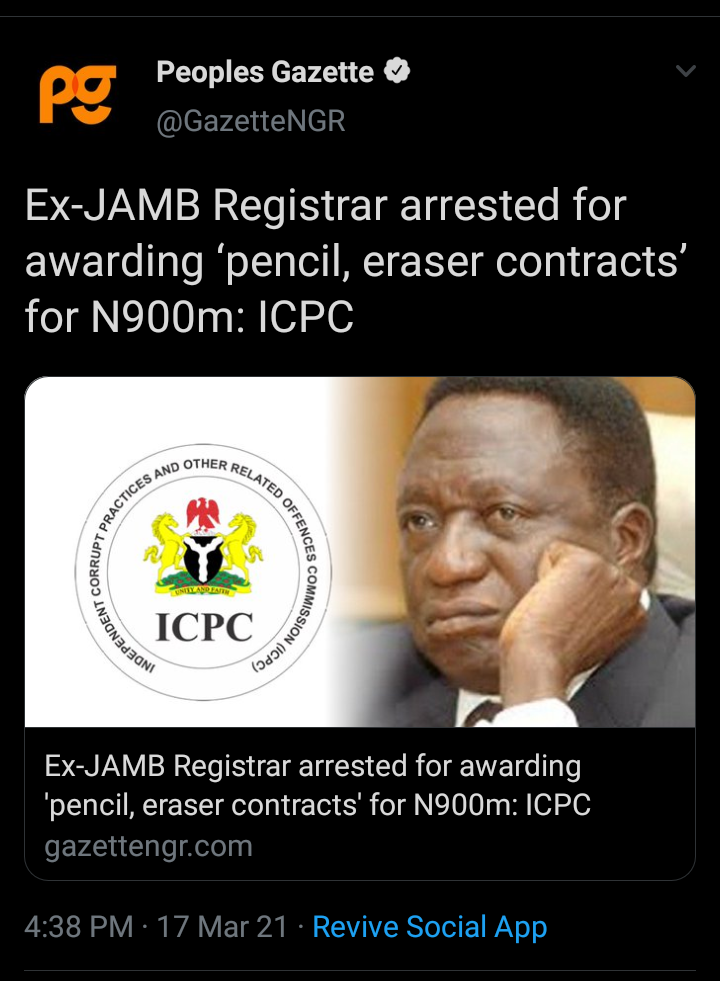 The Independent Corrupt Practices and Other Related Offences Commission (ICPC) is a formidable body responsible for Investigating and probing any corrupt practices in Nigeria.

Recently, Former registrar of the Joint Admissions and Matriculations Board, JAMB, Professor Dibu Ojerinde, has been arrested by the Independent Corrupt Practices and Other Related Offences Commission (ICPC) for allegedly misappropriating N900 million, The Guardian Newspaper reports.

Mr. Ojerinde was arrested in Abuja by operatives of the ICPC and he has been detained for questioning over multiple frauds he allegedly committed while heading JAMB and the National Examination Council (NECO), ICPC spokesperson, Azuka Ogugua, disclosed.

Mr Ogugua said, ”The former JAMB boss is also being questioned by the commission for allegedly awarding fraudulent contracts to shell companies which cannot be traced."

Mr. Ojerinde was also said to have awarded contracts for the supply of pencils and erasers at the cost of N450 million each, to companies identified as Double 07 Concept Limited and Pristine Global Concept Limited, respectively between 2013 and 2014.

ICPC says that despite the huge sums of money allocated to these contracts, there is no evidence to show that the items which are examination materials were supplied as the contractors are seemingly non-existent.

Bandits Will Be Defeated - El-Rufai 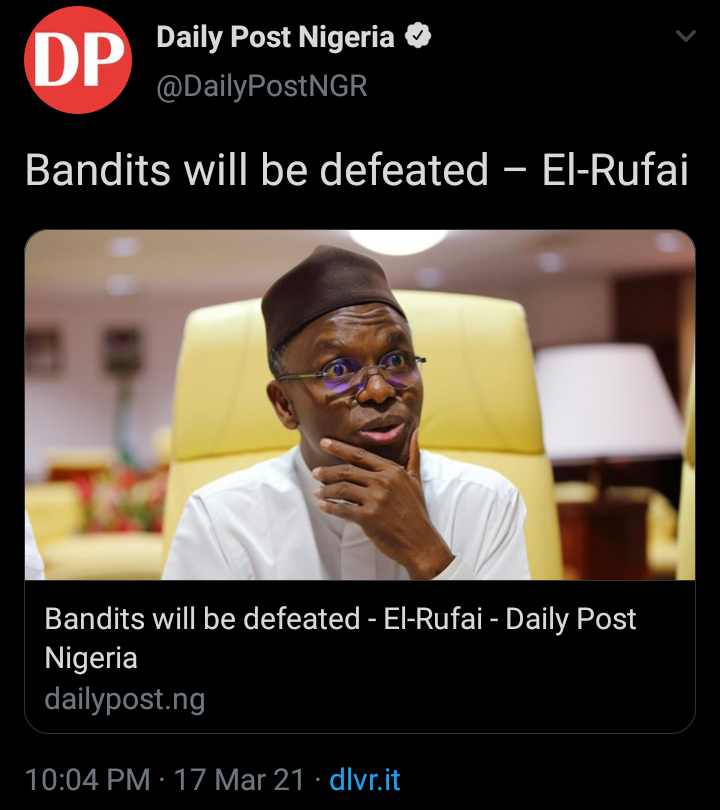 The Federal Government and state governors have frowned at the series of Attacks lunched by bandits, herdsmen and Boko Haram members.

The governor gave the assurance on during a visit by the Chief of Air Staff, Air Marshal Isiaka Amoo.

He added saying, "his administration would not allow bandits to disrupt the education system."

Meanwhile, He commended security agencies for their battle against banditry and insurgency in Nigeria. 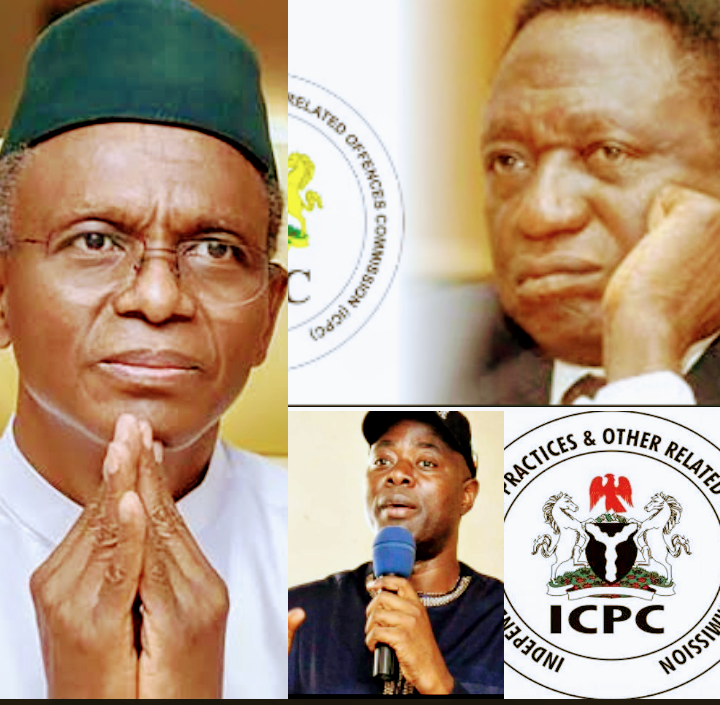