By AyandaVO (self media writer) | 11 months ago

According to the report released by THE CABLE today September 13, 2021, Police has reportedly killed 18 years old girl known as Monsurat Ojuade in Lagos, Nigeria.

According to the report, Monsurat was shot dead by police officers who were chasing suspected robbers in Ijesha, Surulere area of Lagos on Friday night, September 10, 2021.

Furthermore, Monsurat, who turned 18 in August, was processing her University admission. She was reportedly shot as she and her elder sister ran into the premises of their house at Mogaji Street, Ijesha, when people were running helter-skelter, looking for safety, based on the report. 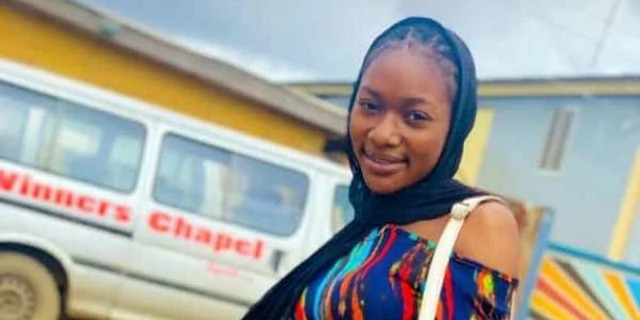 More so, according to the report, one of the deceased' sisters, Tosin Ojuade, said that Monsurat and her elder sister were about to close their mother’s grocery store, close to the house, when they saw people running for their lives.

Tosin said they both ran to their house, met their mother doing her laundry in the compound, as their mother wanted to close the gate, a police officer attempted to force the gate open, shot and the bullet pierced through Munsurat's thighs.

According to the report, she was rushed to a private hospital but was not attended to due to the absence of doctor. She was thereafter driven to Randle Hospital, Surulere, where she was briefly treated and referred to Igbobi Orthopaedic Hospital. She was not attended to due to ongoing doctors' strike. She later died when she was taken to another hospital, based on the report.

Also, Lagos Police spokesperson, Adekunle Ajisebutu, says the deceased was hit by a stray bullet. The police from the State Criminal Investigation Department (CID) Panti, have apologised for the incident, according to the report.

However, the Lagos Police Command has announced that the officer who pulled the trigger has been detained, based on the report.