By calculusjake (self media writer) | 19 days ago We live in a world that is full of certain evil things. Nigeria is not the only place in the world that in engulfed with these bad things. Inasmuch as we have negativity in the world as a whole, then there is envy everywhere. 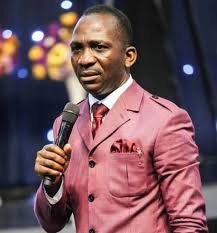 Today, October 3, 2021, Pastor Paul Enenche talks about one of the characters that could destroy one’s destiny. He really preached this message with vigour because he knew he really had to drop something.

He defined envy as the desire to have a quality possession or other desirable thing or things belonging to someone else. Envy is the demonstration of hatred and bitterness towards someone because of their results or success.

He mapped out some consequences of the virus. He said that it could make people silly; it could kill people; it could attack the health and vitality of people; it could breed uncontrollable temper; it could result in shame; it could lead to eternal damnation. And it could even enhance further openings for the envied.

There are times when we would find ourselves wanting in a gathering of envy. Pastor Enenche dished out a snappy story. He said he was once in a group where some of the people there were trying to capture what Benny Hinn has with awkward statements. They were telling what they would do if they had such an amount of money as Hinn. Pastor Enenche said that he didn’t want to corrupt his destiny so he pulled out of the group of people.

Just like negativity which has positivity as its cure, envy has its own remedy. Most of us have been victims of it in one way or the other. Maybe, we were ignorant or whatever. Pastor Paul Enenche lists out too many of them, but I will be putting out some of them below.

The counsel is for us never to lose focus and be dragged into strife.