"We Beheaded Businessman Whose Wife Raised Only N40,000 Out Of N5m Ransom" –Suspected Kidnapper Confesses

By Emmysteve9 (self media writer) | 9 months ago

Bello Mohammed is one of the suspects responsible for the abduction and killing of a businessman, one Osondu Nwachukwu, who operated a sachet water factory in Lafia, Nasarawa State. 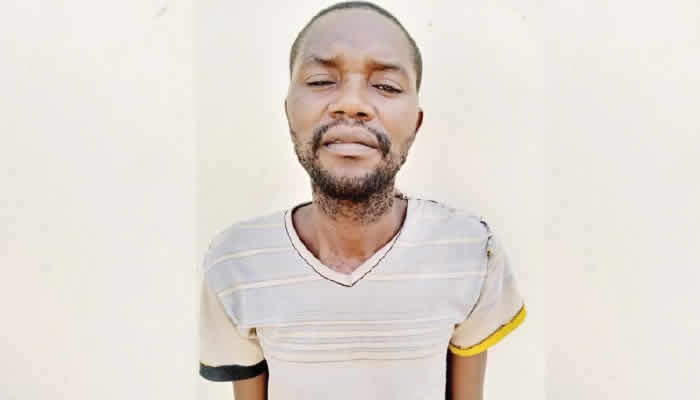 The suspect perpetrated the act along with Maikano, Dogo, Hassan and Jubril who are presently on the run.

Mohammed ran out of luck on the 11th of March as he was arrested by the Inspector-General of Police Intelligence Response Team  following a report of the case to the police.

Upon interrogations, the 37-year-old who used to be a farmer before he ventured into the kidnap business, confessed that his gang had to take the life of the businessman because his family failed to pay the ransom they demanded.

According to him, they demanded for 5 million naira but his wife only brought N40,000.

He stated that they were earlier informed by the mastermind that the late businessman is rich and they could get 10 million naira from him. But after the abduction, his wife only agreed to pay 40,000 which got their leader annoyed.

”We were ready to spare him but his wife was not making any serious effort. So Dogo got angry and said that he was no longer interested in the job. He used his machete to cut off the man’s head.”

On November 30, 2019, the deceased's wife, who spoke on the condition of anonymity, said she was at home with her husband and children when the kidnappers struck and kidnapped him.

The mother of six said she later received a call from the kidnappers, who demanded N40 million in ransom if she wanted to see her husband alive.

“I pleaded with them to have mercy because it was Friday and the banks were closed,” she explained. They inquired as to how much money I had, and I informed them that I had N40,000. They requested that I bring the money, which I did that evening."