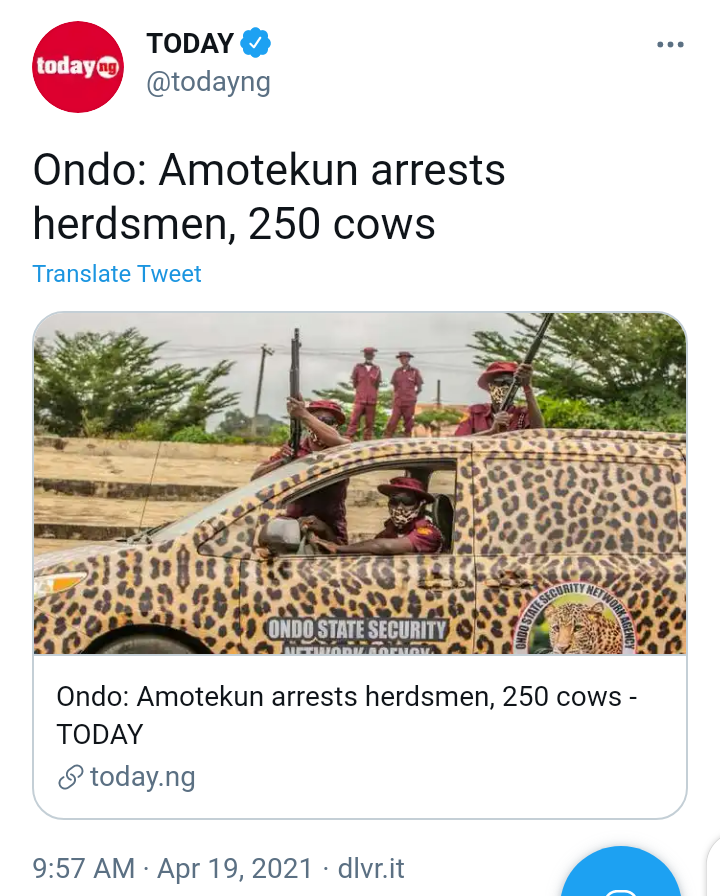 The security outfit also apprehended two herders who accompanied the arrested cows into the farms.

According to reports, crops such as cassava, cocoyam, plantain and maize were destroyed by the cows.

Chief Adetunji Adeleye, the State Commander of Amotekun, said the corps, on receiving a report on activities of the herders in the communities, mobilised to the area.

He said that the corps would not fight for compensation for the farmers, adding that, henceforth, cows arrested for destruction of farmlands would be taken to court and auctioned.

One of the affected farmers, Mr Joseph Odeyemi said, the herders came with their cows and ate the crops, noting that the attack had been ongoing for the past five years.

Reacting to the incident, Alhaji Garba Bello, state Chairman of the Miyetti Allah Cattle Breeders Association, said the body was ready to compensate the farmers and cooperate with the state government.

It was gathered an agreement was later signed by MACBAN and Amotekun that cows would not destroy farms, and any herder or cow arrested henceforth would be prosecuted. 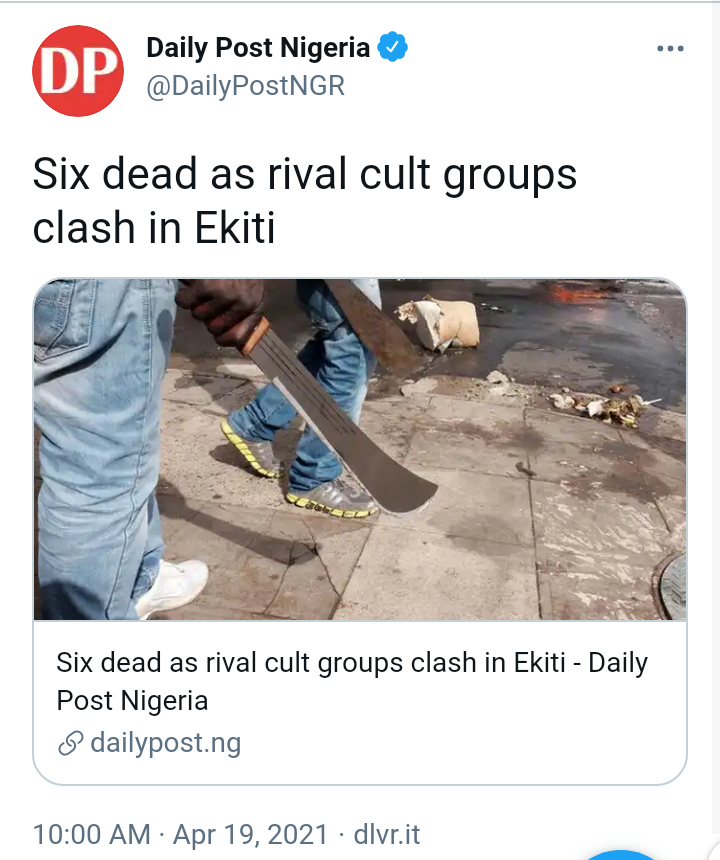 ASP Sunday Abutu, the states Police Public Relations Officer, who confirmed the incident to newsmen said the clash occurred on Saturday night and at the early hours of Sunday.

According to him, ten suspects have been arrested in connection to the crime. 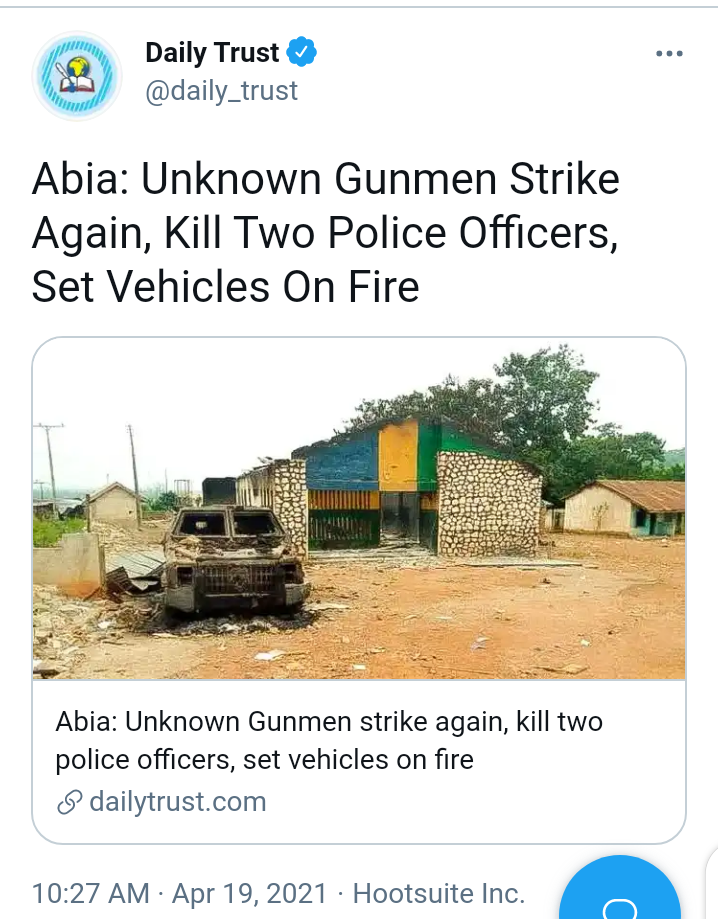 Some yet to be identified gunmen have again attacked two police stations in Abia State killing two police officers and setting several vehicles on fire.

A police signal sighted by Daily Trust confirmed that the first attack was carried out at Zone 13 Headquarters Awka, while the second one happened at Uzuakoli in Bende Local Government Area of the State.

Two police officers, INSP. Ishaku Aura and PC. Uzoma Uwaebuka at Zone 13 Headquarters lost their lives in the attack carried out around 4:00am on Monday.

While no life was lost in the second attack on Police formation in Uzuakoli, Bende Local Government Area of the State, many vehicles were however set on fire.

The State Government had earlier announced that it had uncovered plots by yet to be properly identified hoodlums to attack some key locations within the state.

The State Government also said security agencies in the state have been fully mobilized and placed on high alert to thwart the planned attack and bring those concerned to justice swiftly. 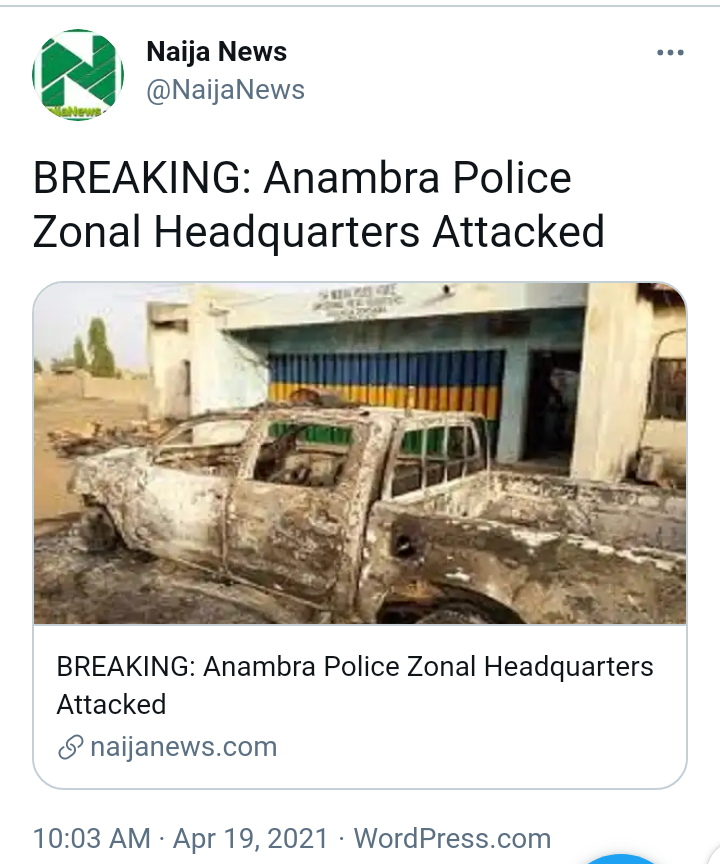 Unknown gunmen have attacked the zonal headquarters of the Nigeria Police Force in Ukpo, Anambra State.

It was gathered that the hoodlums attacked the police station in the early hours of Monday, and burned down four operational vehicles parked inside the facility.

Naija News understands that no fewer than two policemen have reportedly died during the attack.

As of the time of filing this report, firefighters have arrived at the scene of the incident to put out the inferno. 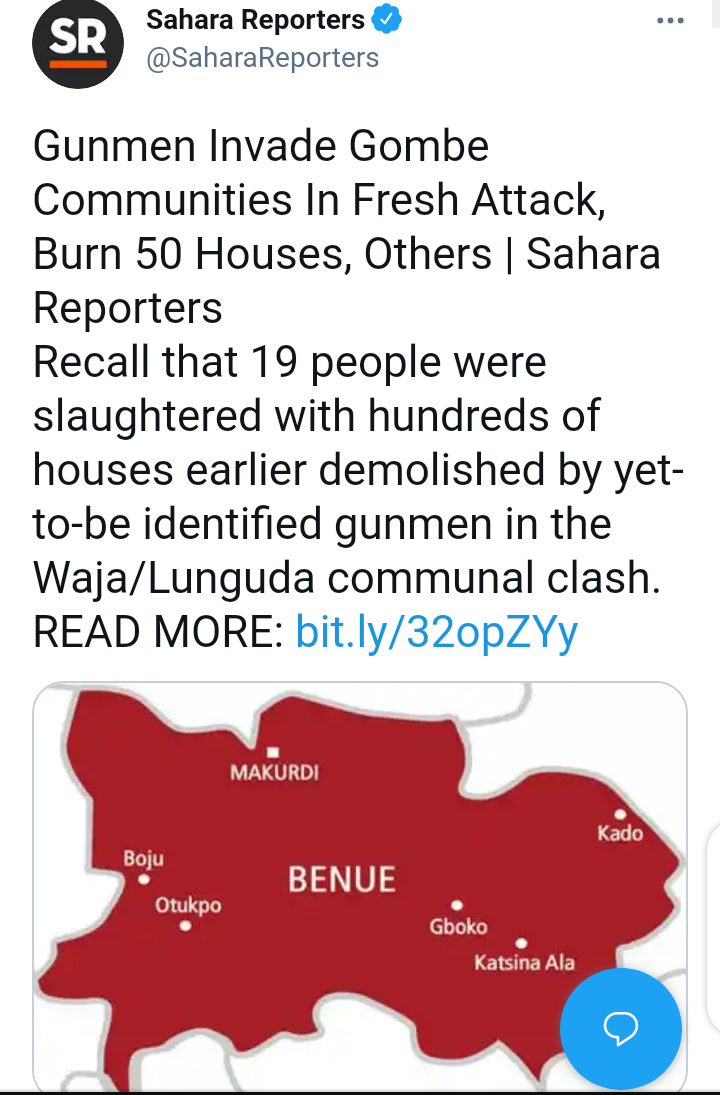 No fewer than 50 houses have been burnt, and farm produce moved in a renewed communal clash in Nyuwar, Jessu communities in Gombe.

Recall that 19 lives were slaughtered with hundreds of houses earlier demolished by yet-to-be identified gunmen in the Waja/Lunguda communal clash.

An eyewitness, Ily Maisanda, said since residents had gone to Yolde for safety, the gunmen used the opportunity to launch a renewed attack on Nyuwar on Sunday, the Punch reports.

The Commissioner of Police in the state, Ishola Babaita, confirmed the attack, adding that his men were able to stop more destruction. 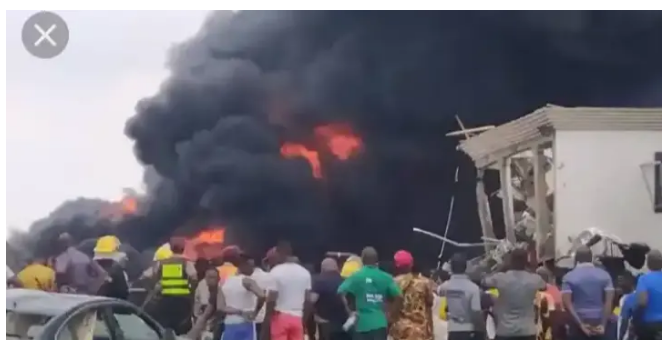 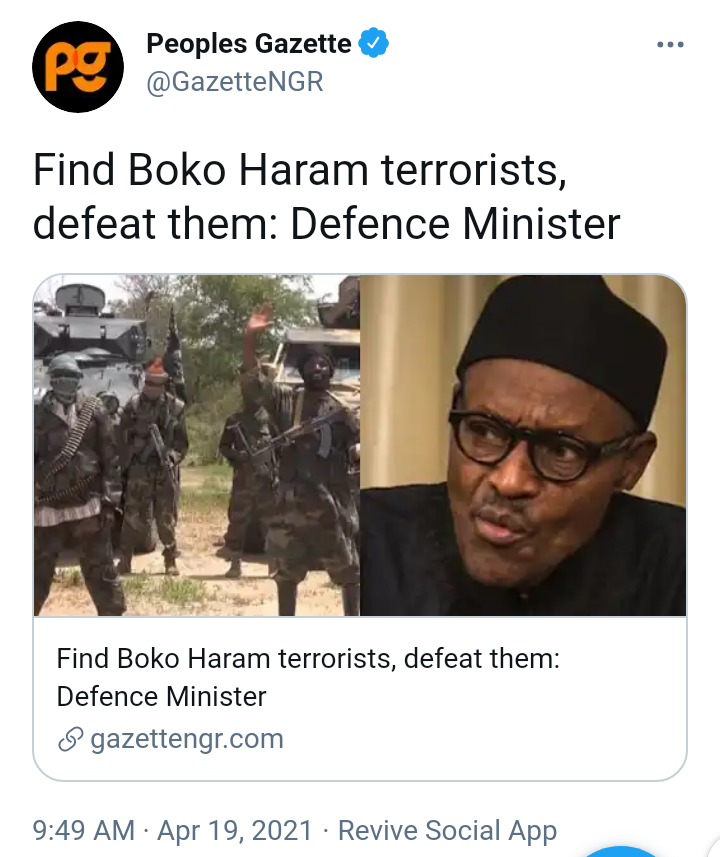 The Minister of Defence, retired Maj.-Gen. Bashir Magashi has made a rallying call to Nigerian soldiers to find Boko Haram terrorists and bring them to their knees despite President Muhammadu Buhari’s regime’s repeated claims that it had defeated the recalcitrant terrorist group.

Mr Magashi made the commendation on Sunday while addressing the troops at the headquarters of the Theatre Command in Maiduguri.

He observed that the Nigerian military had distinguished itself in various operations across the world, and that of the insurgency would not be different.

“If you are living in Orlu & Onitsha, please relocate”- Nigerian soldier warns residents, here's why