By Osfem (self media writer) | 11 months ago

A passenger was seriously injured in the evening of Tuesday, July 6, when the driver of a Honda CRV Sports Utility Vehicle (SUV) on top speed lost control of the vehicle, left his lane and crashed into an oncoming Toyota Corolla car on the other lane before crashing into a traffic light.

The incident occurred around 5:30 p.m. at the Marwa intersection on the Lekki-Epe Expressway in Lagos State when the driver of the SUV on top speed lost control and crashed into the Toyota Corolla on the other side of the carriageway, leading to one of the passengers in the car sustaining injuries.

It was gathered that the driver of the vehicle, who was coming from the Lekki end of the road, suddenly lost control on getting to the Marwa intersection of the ever-busy expressway and in the process, left his lane to the other lane where it crashed into the oncoming Toyota Corolla.

After crashing into the car, damaging both the front and back sides of the car, the SUV eventually hit a traffic light at the intersection before coming to a halt, with its bonnet and fender damaged in the process. 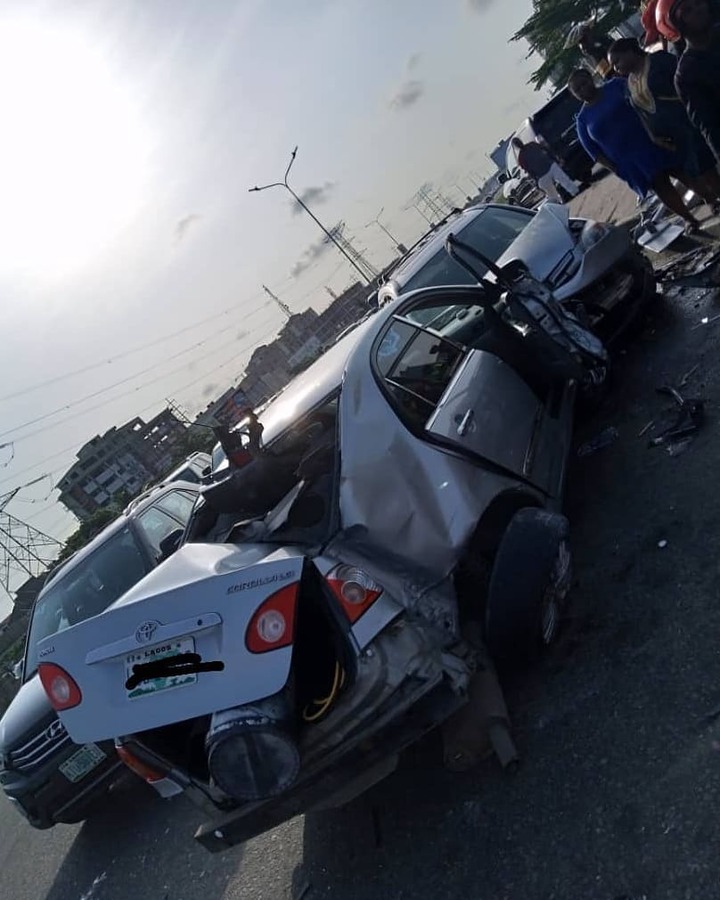 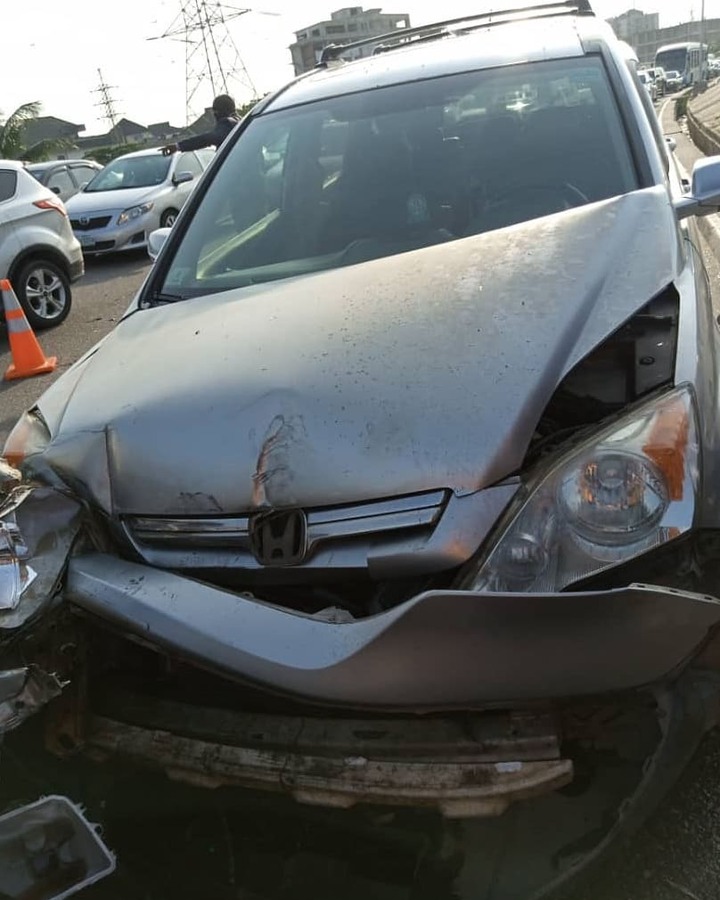 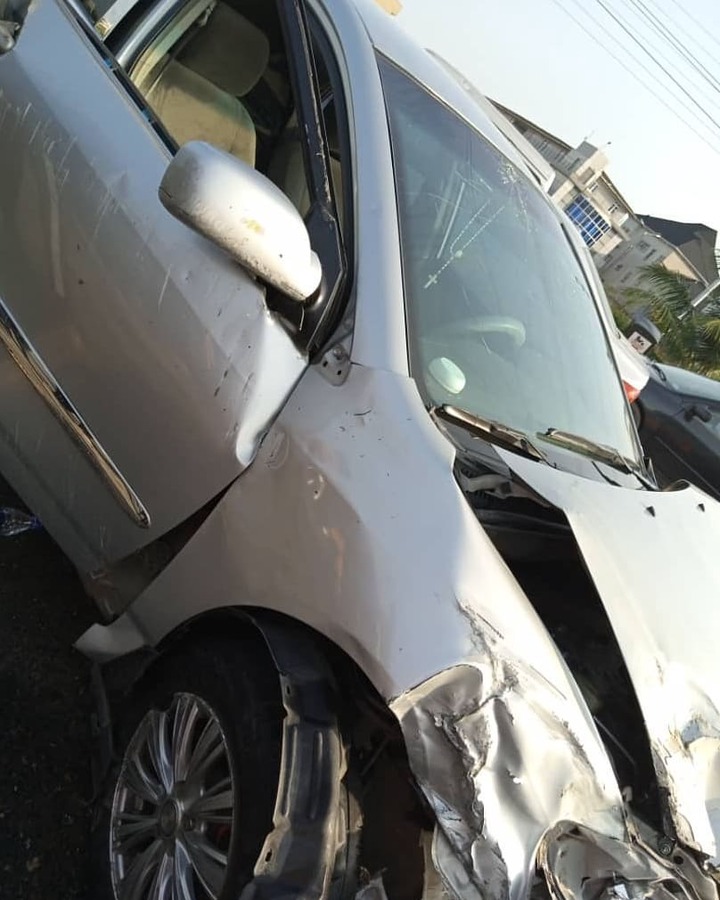 As a result of the impact of the accident, a passenger in the Toyota Corolla sustained serious injuries and was given First Aid treatment by officials of the Lagos State Ambulance Service (LASAMBUS) before the passenger was taken to a hospital for more treatment.

According to the LCC on its Facebook wall: "An accident has been recorded at Marwa intersection. The driver of the Honda CRV Sports Utility Vehicle (SUV) lost control and crashed into the Toyota Corolla car on the other side of the carriageway.

"A traffic light at the intersection was also damaged by the SUV during the crash.

"LASAMBUS officials are at the scene to treat a passenger that was seriously injured in the accident after which the passenger was later moved to a hospital for more treatment.

"LCC officials and policemen are also at the scene of the accident controlling the traffic gridlock that followed the incident. We implore motorists to drive with caution when approaching the scene."