My Son Was To Travel To Canada On August 28 - Woman cries out after his son was killed in an accident.

A Petroleum Engineering Graduate of the University of Benin (UNIBEN), Jeffrey Omoregie was on Tuesday crushed to death along Uselu-Lagos Expressway, Uselu. Reports have it that he wanted to make cash withdrawal from his mother's account after he concluded plans to travel to Canada for his Master's Degree Program.

The 26-Year-Old attempted to cross the expressway to wait for his mother in front of the bank when the vehicle came from nowhere and crushed him. Reports have it that he succeeded to cross the first lane, and while he was waiting in between the barricade for the second lane to clear before crossing, the Lexus Car at top speed rammed into him. 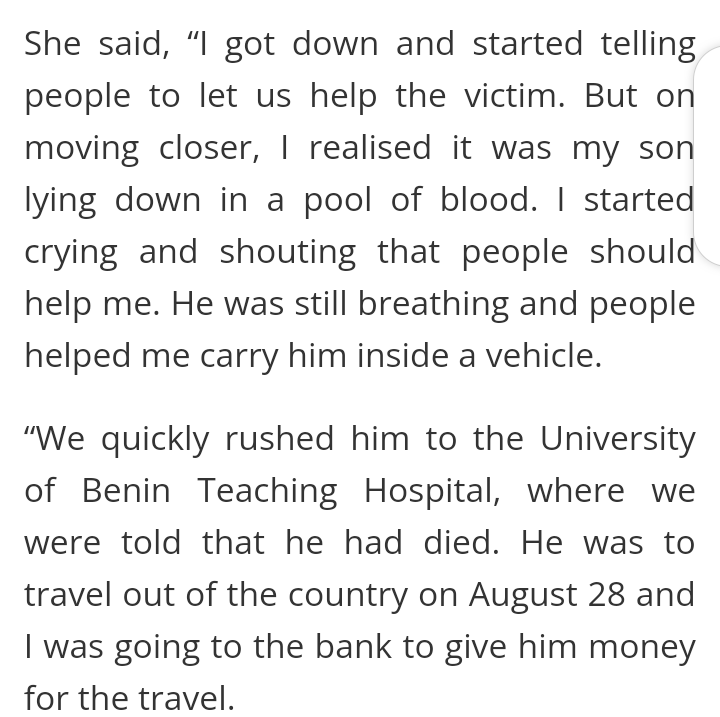 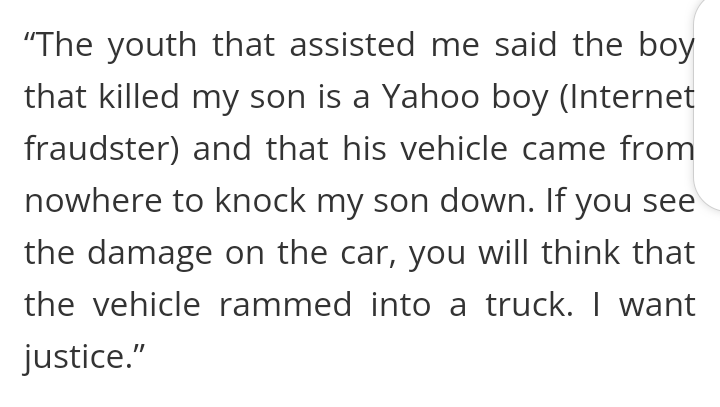 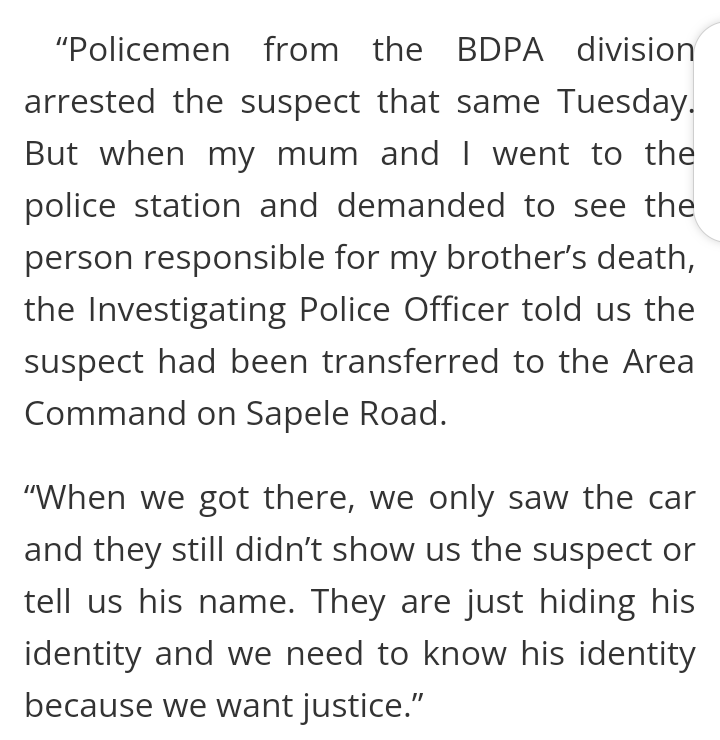 Jeffrey's mother said she was inside the vehicle when she saw people clustering around an accident victim, and when she got down, she told them that they should help the victim. But on moving closer, she realised it was her son lying in the pool of blood. She said she started crying and begged people to help her rush him to the hospital because he was still breathing, but when she got to UBTH, he was pronounced dead.

She said her son was to travel to Canada on August 28 this month for his fully funded Master's Degree program. 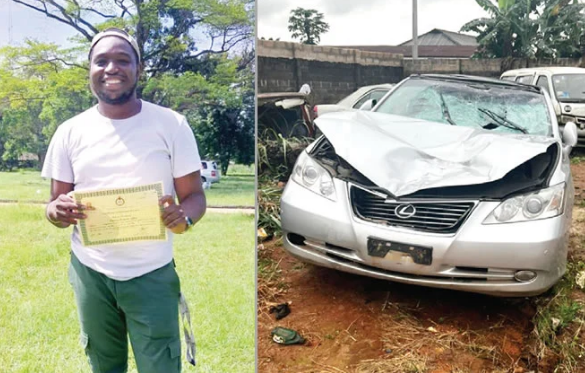 She said the youths who assisted her said the driver of the Lexus Car is a Yahoo Boy and the vehicle came from nowhere to knock him down.

The deceased family said the police has been hiding the suspect, and that he was arrested by Policemen from BDPA division, but when they got there, they told them that the suspect has been transferred to Area Command.

The deceased family is demanding for justice.