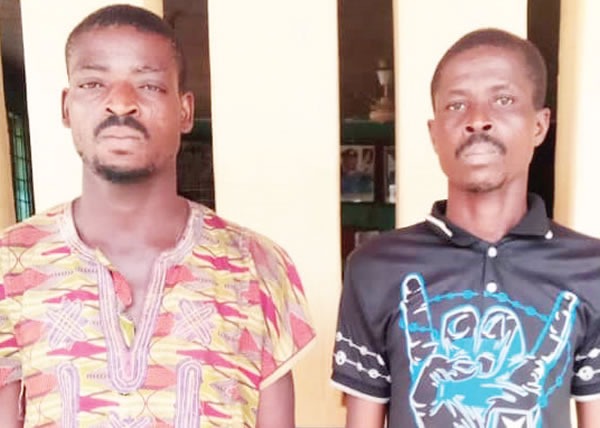 According to a news that was posted by Punch Newspaper Online this morning, it has been alleged that the men of the Ogun State Police Command have successfully arrested two co-tenants who forcefully slept with their neighbours 16-year-old daughter because they knew her parents travelled somewhere and there won't be anyone to rescue her.

It was made known that the two suspects whose names were given as Anthony John, who is 35 years of age and Jimoh Idowu, who is 21 years of age were arrested last week, after they broke into the room of their fellow tenant at around 2am last Thursday in the middle of the night, dragged the 16-year-old girl to Anthony's room, gagged her mouth with a piece of cloth and forcefully took turns on her till they became satisfied.

After the incident, a report was made at the Owode-Egba Divisional Police Headquarters by the victim herself, through the help of other concerned neighbours and the two suspects were subsequently arrested and detained.

The victim's statement made it known that she was at home with her younger siblings, when the two suspects broke into their room that midnight and forcefully slept with her. 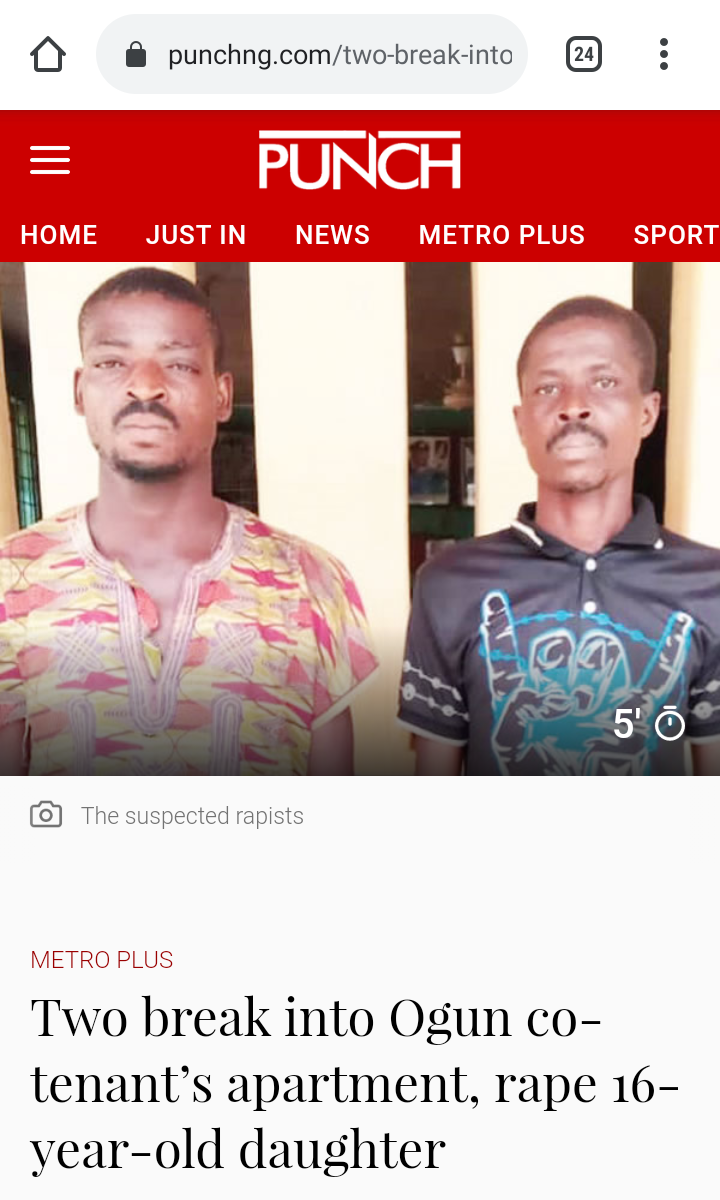 Why I Killed My Boss - Houseboy