Father Of Bride Who Was Burnt To Death By Jealous Co-wife Finally Breaks Silence, Here Is What He Said

By Marubuci (self media writer) | 1 year ago

Mallam Ibrahim Na Khalida, the father of a 24-year-old woman, Amina Aliyu, who is accused of killing and setting her on fire, has demanded that her daughter's attackers be prosecuted. 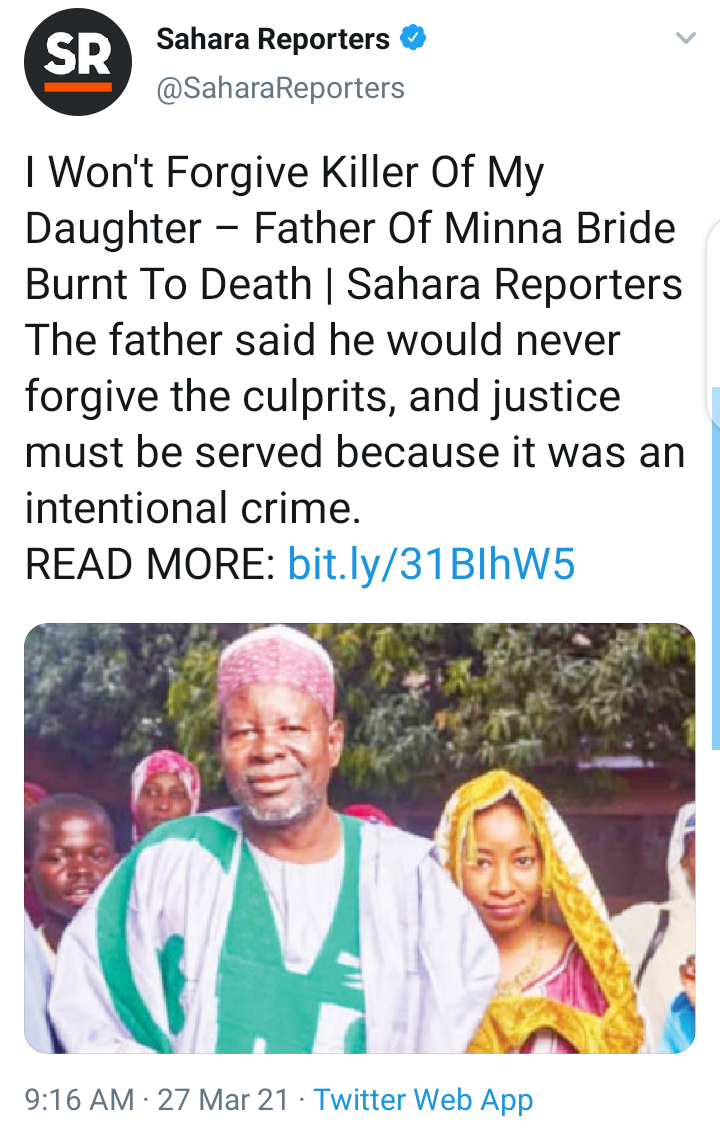 The father said he would never forgive the culprits, and justice must be done because it was a deliberate crime.

Fatima Aliyu, the wife of the woman, is accused of killing Amina just 50 days after the deceased married her husband in Minna.

The incident took place on Tuesday about six weeks after the deceased married a Niger State native. One woman, according to her husband, is accused of killing her two daughters in 2018.

According to DailyTrust, the father, Malam Na Khalifa, said he would like justice to be done by ensuring that the perpetrators of his daughter’s murder are brought to justice.

He said that in Islam, there is no sin if an oppressed person decides to seek justice, adding that the Holy Qur'an describes the punishment for one who kills another for no reason. 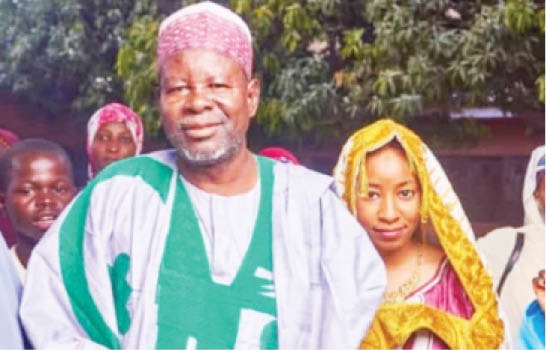 "I will never forgive my daughter's blood. The Qur'an says, "We have given them eternal life", so I wish that those who committed this evil deed would be punished.

Na Khalifa said he received the news of his daughter's death with joy and sorrow, explaining that the happiness stemmed from the belief that, "Prophet Muhammad, who said nothing but the truth, gave good news to all. who were killed unjustly that they would abide in paradise.

“Based on these gospels, I have no doubt that my daughter will be in paradise and that makes me happy. But I am sad and very sad to see that I will never see her again in this world and I am sad to think of what she has experienced at the hands of her attackers, ”he said.

The deceased father described his daughter as a peace-loving, well-mannered and well-mannered girl, who was different from her siblings in terms of good manners.

The first woman, accused of jealousy, reportedly beat her fiancée to death, locked the house, and set it on fire.

Content created and supplied by: Marubuci (via Opera News )