They Can't Run Away With It, Give The 100 Million To The Kidnappers - Gumi Tells FG

By Penwise (self meida writer) | 4 days

Sheikh Gumi has told the federal government to pay the Kidnappers of the Greenfield Univserty students, the 100 Million they demanded. He stated that, the money is too much and the kidnappers won't be able to run away with it. 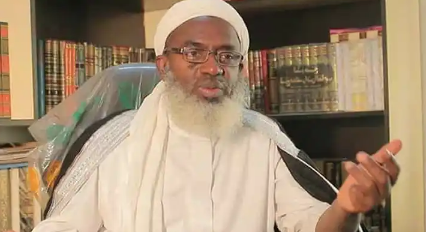 “ The money they are asking for is too much; if I give you that money, you cannot run away with it. Nobody can run" Gumi stated.

He also urged the federal government to act fast, as this is not a matter you can sleep on, you have to act fast.

Gumi stated that the issue of the Greenfield students is a bit more complex as there are two groups of bandits involved.

There is the ordinary Fulani ethnic herdsmen and the other group which is the religious elements, the terrorists . That is why we have told the government to support us so that we can go in and bring the children out.