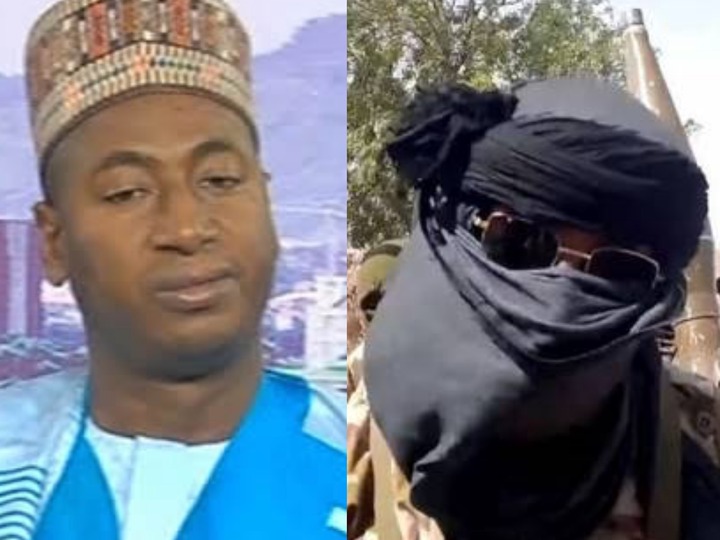 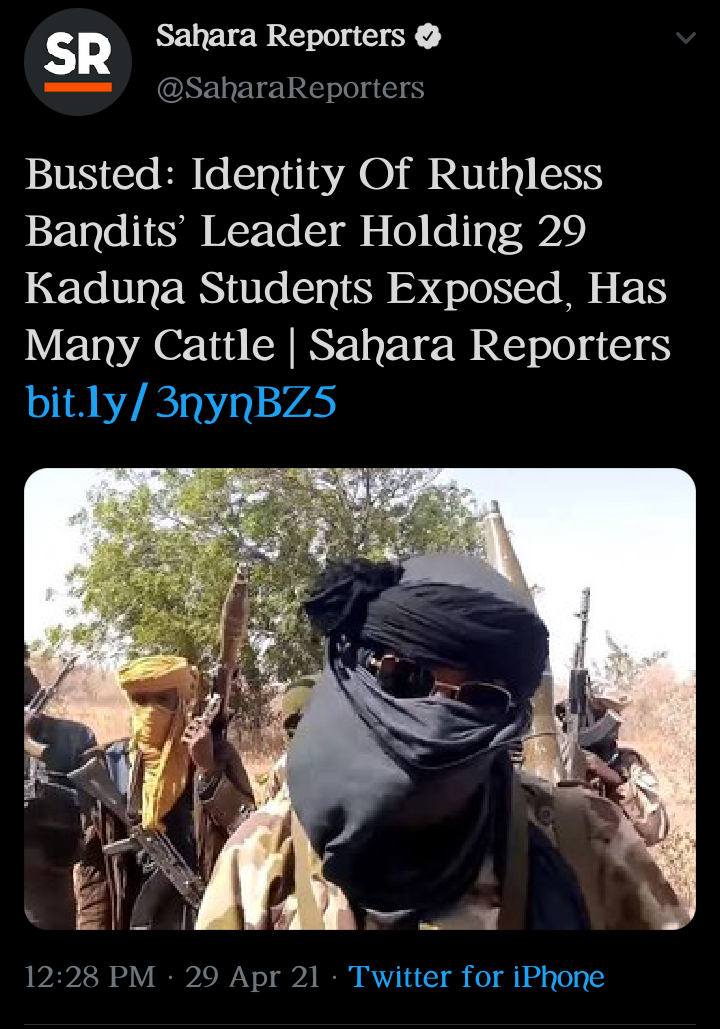 Most wanted bandit's leader identified as Buderi Isiya has been revealed as the leader of the gang that is holding 29 students abducted on March 11 from Federal College of Forestry Mechanisation, Kaduna State.

According to intelligence gathering, Isiya is said to be in his late 20s. He has a large contingent of fighters, making difficult to get to him. He is reported to have great herds of cattle across Kaduna State. 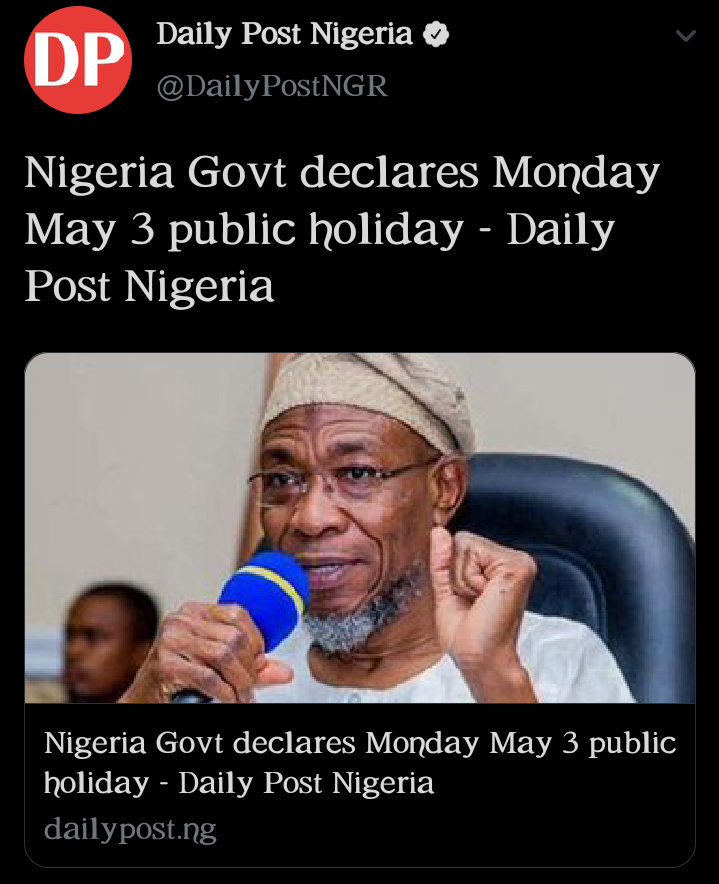 This was communicated in a statement issued out by the Minister of Interior, Rauf Aregbesola and read by the Permanent Secretary, Shuaib Belgore. The Minister hailed civil servants for their patience, understanding and support.

Be At Alert, Defend Your Land, Nnamdi Kanu Raises The Alarm Over Alleged Military Plan To Carry Out Air Raids 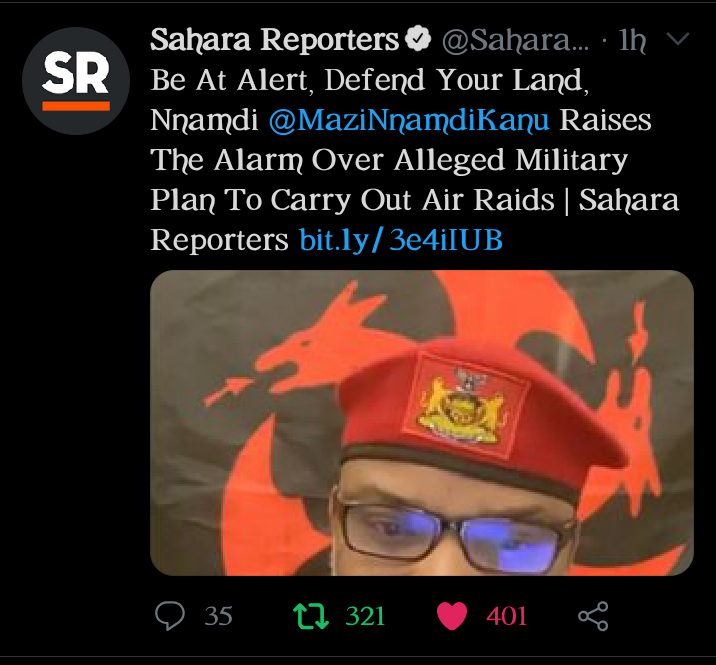 The self-acclaimed leader of the Indegenous People of Biafra, Nnmadi Kanu has urged residents of Mbaise Mbano and Obowo axes of Imo State to be at alert over reports that drones by the Nigerian Army had been deployed to to the areas.

Kanu disclosed this in a tweet yesterday, alleging that military drones and Hilux vans were sighted entering the aforementioned areas. 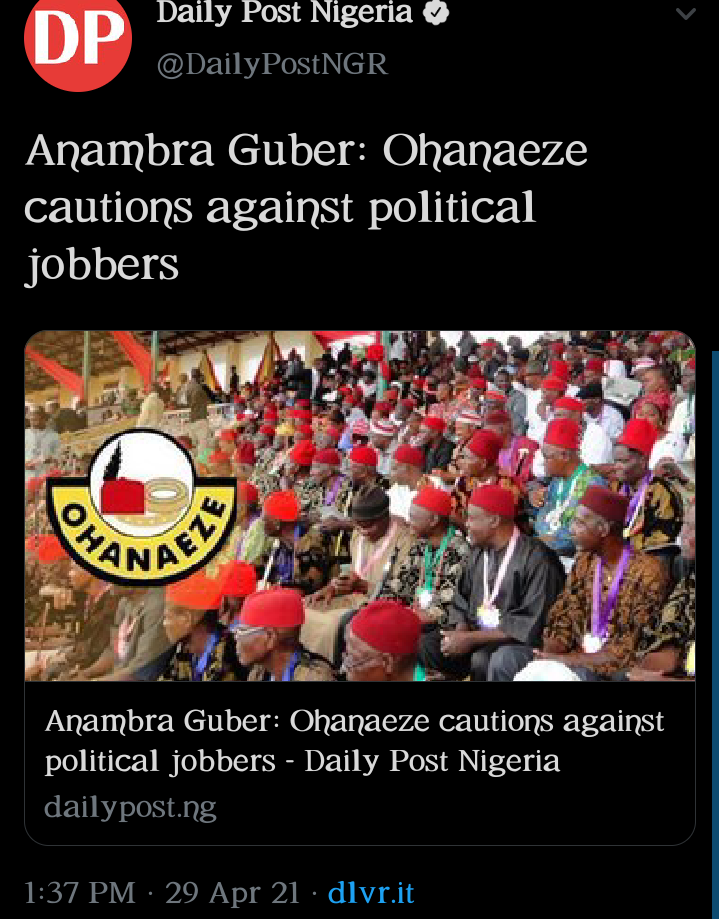 The Ohanaeze Ndigbo Youth Council, OYO has raised concern and informed members of the public over a fake group operating under the aegies of Ohanaeze South-East Zone.

President-General of the OYO, Mazi Okwu Nnabuike and the Secretary-General, Comrade Obinna Achionye, in a statement cautioned politicians to be wary of people using the name of the organization to defraud them.

This is coming amidst a meeting purportedly held in Enugu by a group priding itself as Ohanaeze Ndigbo Youths, South-East zone. 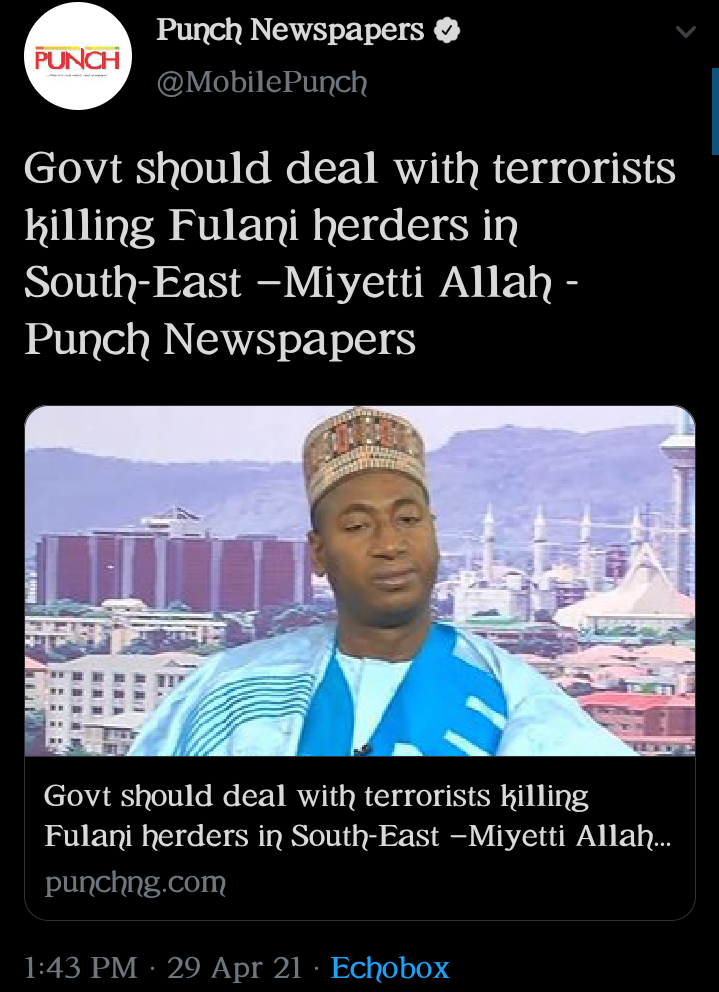 An umbrella body of herdsmenbin Nigeria, Miyetti Allah Kautal Hire, has urged security agencies in the country to deal with terrorists that are killing Fulani herders in the South-East.

Spokesman for the group, Saleh Alhassan, spoke on Thursday in an exclusive interview with The PUNCH.

He was reacting to the killing of one of the commanders of Indigenous People of Biafra gunned down by security operatives last Saturday.