By GistFrank (self meida writer) | 10 days

Recently, members of Amotekun arrested about eleven (11) suspects who have been terrorising some residents within the State.

DAILY POST disclosed that the suspects were arrested at different locations in the state.

Amotekum Commandant in Oyo State, Col Olayinka Olayanju explained that six of the suspects were arrested at Kajola Local Government of the State. 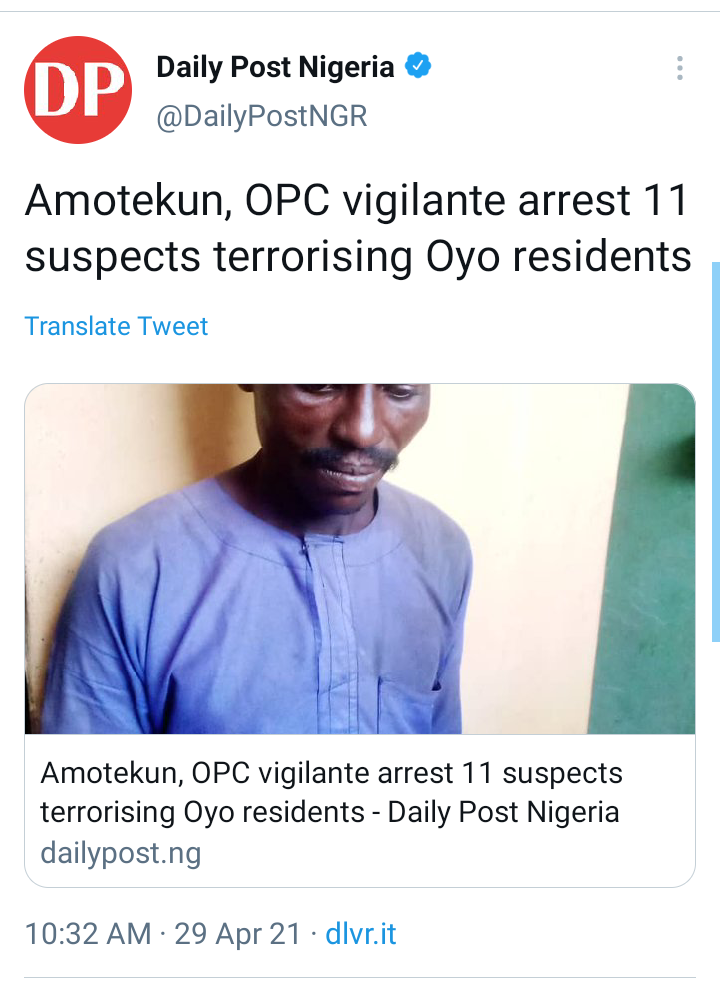 Olayanju in a statement made available to DAILY POST on Thursday stated that the suspects were arrested while the security agencies were on their joint routine patrol in the early hours of Thursday.

However, he further disclosed that the suspects were arrested in separate incidents following encounters at two illegally mounted road blocks.

2) 44 Groups Vows To Shut Down Nigeria Over Insecurity.

Recently, a coalition of 44 civil rights groups vowed to shut down the country from Monday, May 26, 2021 along with other anti-government actions scheduled to express their displeasure with the state of Nigeria. 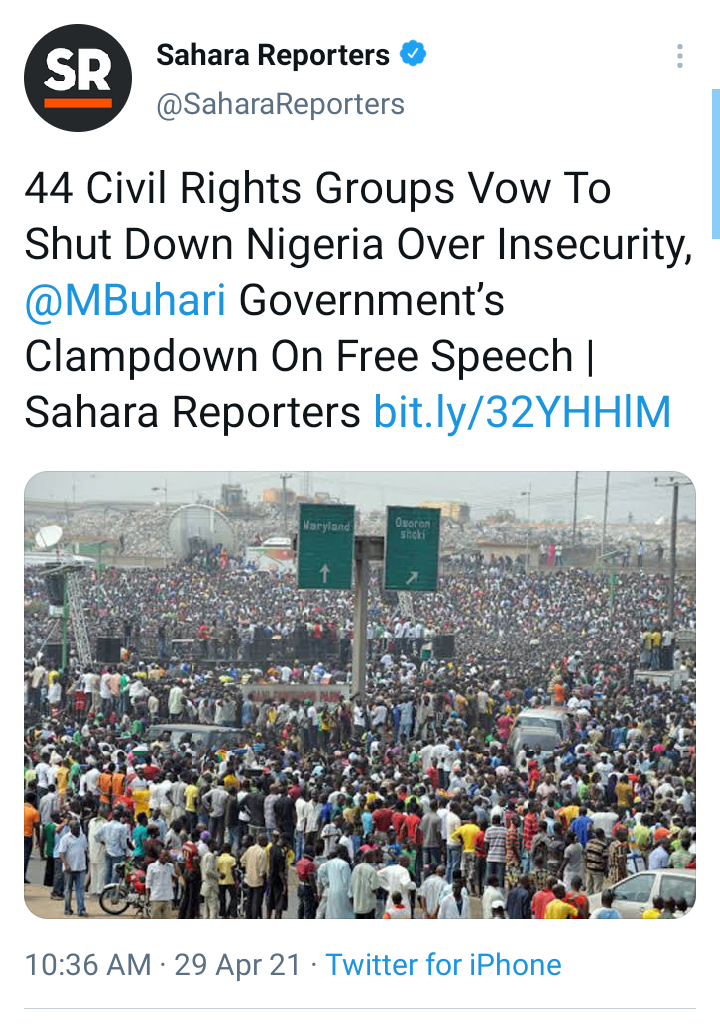 The coalition decried how President Muhammadu Buhari-led government had ignored its demand that it should provide good leadership amid the growing insecurity and other crises in the country.

It's important to recall that the coalition had in February called on Buhari to end impunity for abuse of power and sectionalism through his appointments. 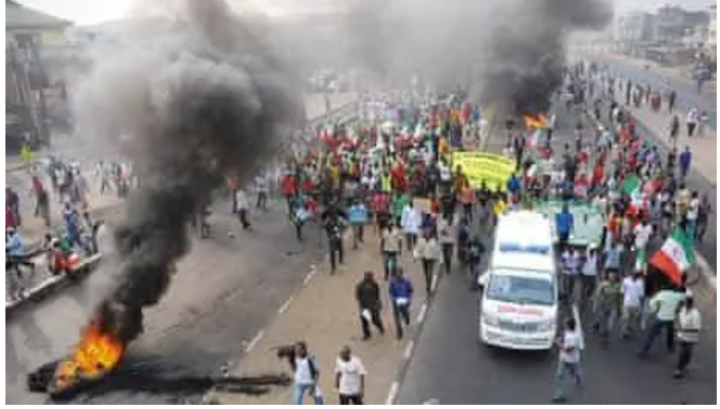 The Senior Pastor and General Overseer of "Omega Fire Ministries International", Apostle Johnson Suleman has revealed that the enemies of Nigeria are within the leadership of the country. 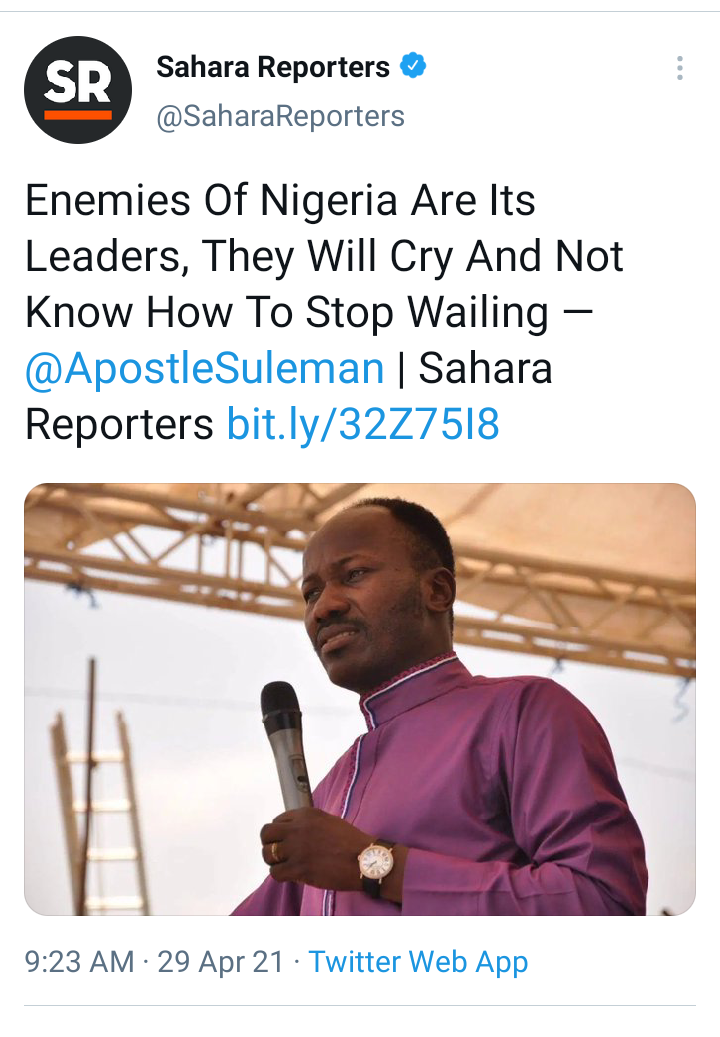 However, he accused Nigerian leaders of working against the progress of the nation via their actions and inactions.

In a tweet on Thursday morning, Suleman revealed that his ministry is engaging in a spiritual battle against the numerous challenges bedevilling the entire nation currently.

According to him, when the prayers are answered, the alleged enemies of Nigeria would be plunged into mourning.

Recently, Governor David Umahi directed native doctors and traditional medicine dealers to register with the government and the police within seven days.

Mr Umahi gave the directive on Wednesday after the weekly state security council meeting in Abakaliki. 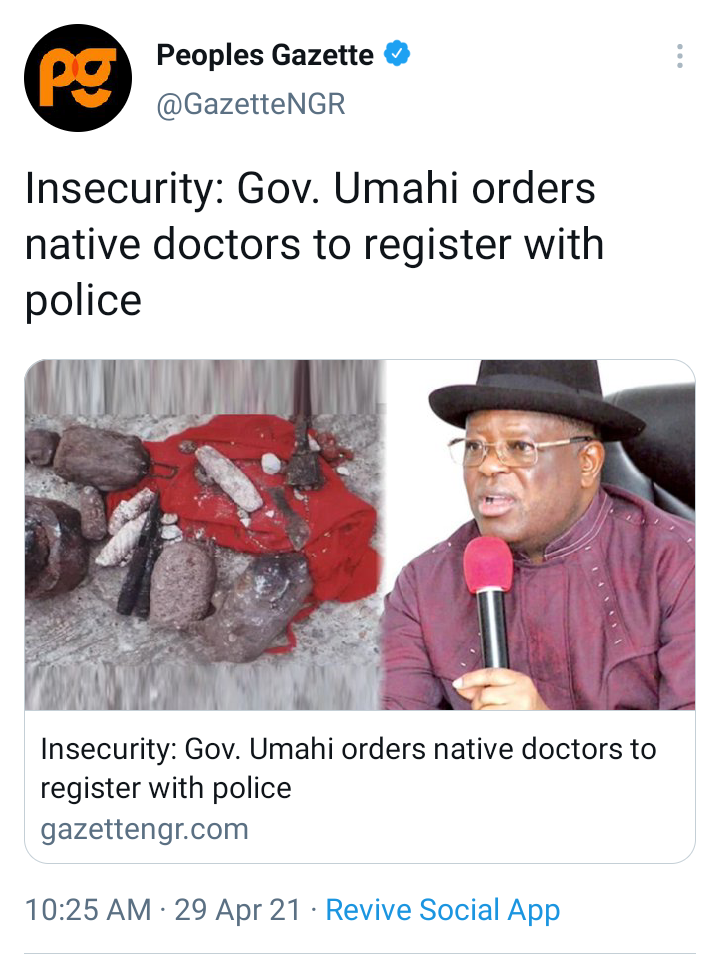 He also directed that social activities in Ebonyi must end by 6:00p.m, charging the council chairmen and relevant security outfits to enforce the order.

Mr Umahi regretted the rampant circulation of fake news in the state and warned that the government would no longer tolerate such.

Today's Headlines: "I Did Not Mock Pastor Adeboye On His Son's Death" -Igboho, Mbaka Makes Apology

Insecurity Turns Nigeria to A Nation Where Life Is Not Valued, Unsafe to Live (Opinion)

Video: See how Sunday Igboho's spokesperson reacted after some weapons are dug out on a farm.

Today's Headlines:We Are Not Behind Any ASP Death-IMN, 28 Persons Die In Boat Mishap In Niger State