By EmeraldPraise (self media writer) | 1 year ago

Today we received ugly news that the house of Sunday Adeyemi Igboho, the leader of the Yorubas and a Yoruba fighter, was attack and different weapons were found. It was also revealed that the wife of Sunday Igboho and others were kidnapped by unknown Gunmen.

Many Nigerians have reacted to what is happening in the country, it was about two days ago that Mazi Nnamdi Kanu was arrested by the Federal Government of Nigeria, and today, Sunday Igboho's house is attacked, and his wife kidnapped by unknown Gunmen.

Many suspects that the Nigerian Government has a very evil plan towards these freedom fighters who have done nothing but speak for their tribes and people. It was even reported that the attack on Sunday Igboho's house was allegedly done by the Department of State Service DSS.

Adeyanju Deji, a Nigerian Activist, revealed that Sunday Igboho should be thankful to God that they only planted guns in his house and not bombs. He also revealed that about two persons were killed in Sunday Igboho's house, the administration of President Buhari is doing as if nothing happened. 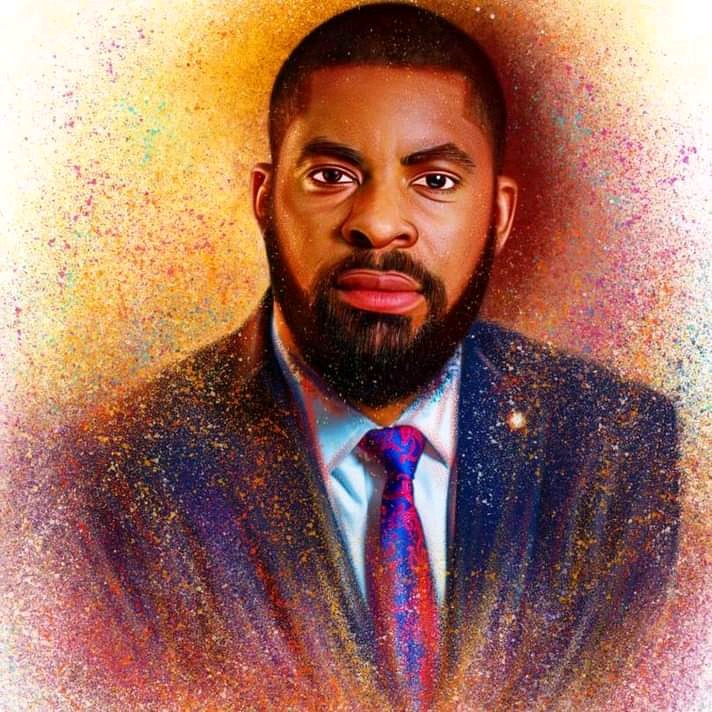 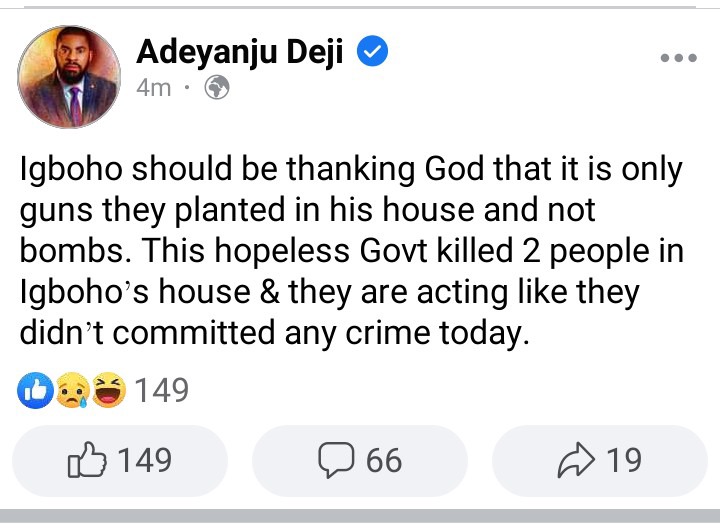 The Federal Government has declared Sunday Igboho wanted for illegal possession of weapons. The Administration of President Buhari should be warned and cautioned so as not to bring war, unrest, and havoc to the country.

Sunday Igboho controls a large crowd of the Yoruba nation, and they obey him and respect him to the core. The attack on him shouldn't cause Nigerians their peace. 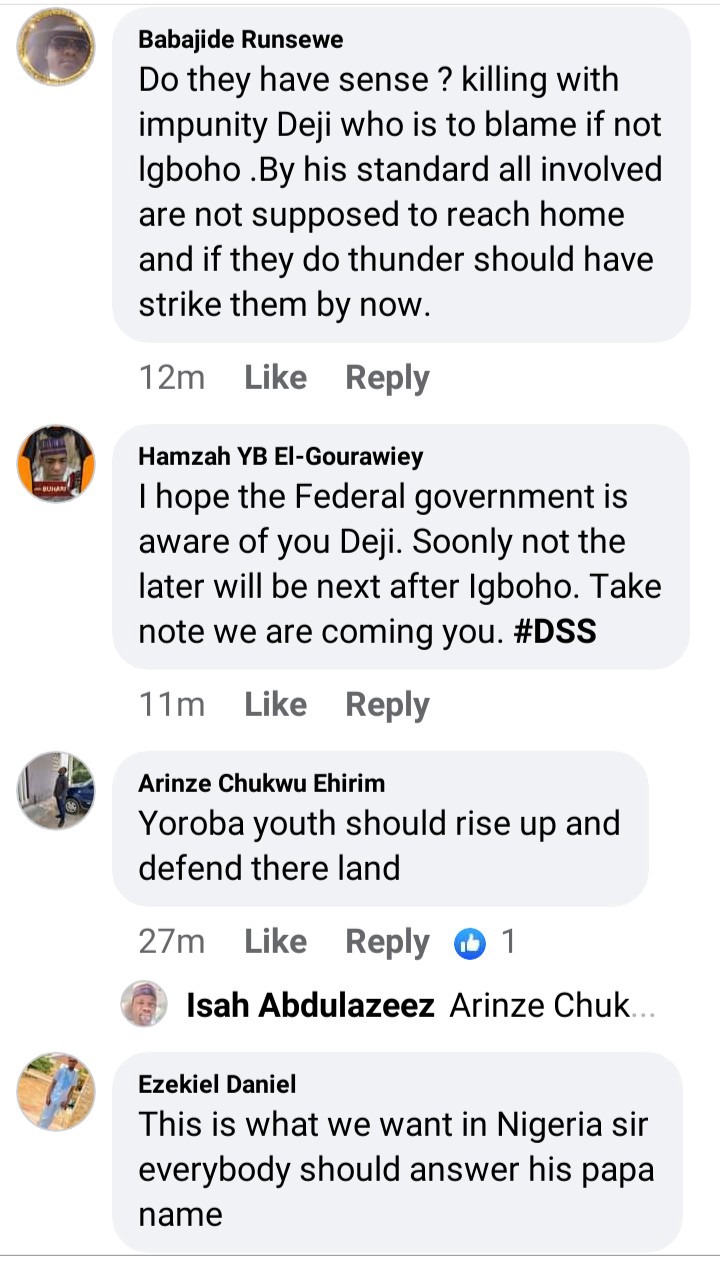 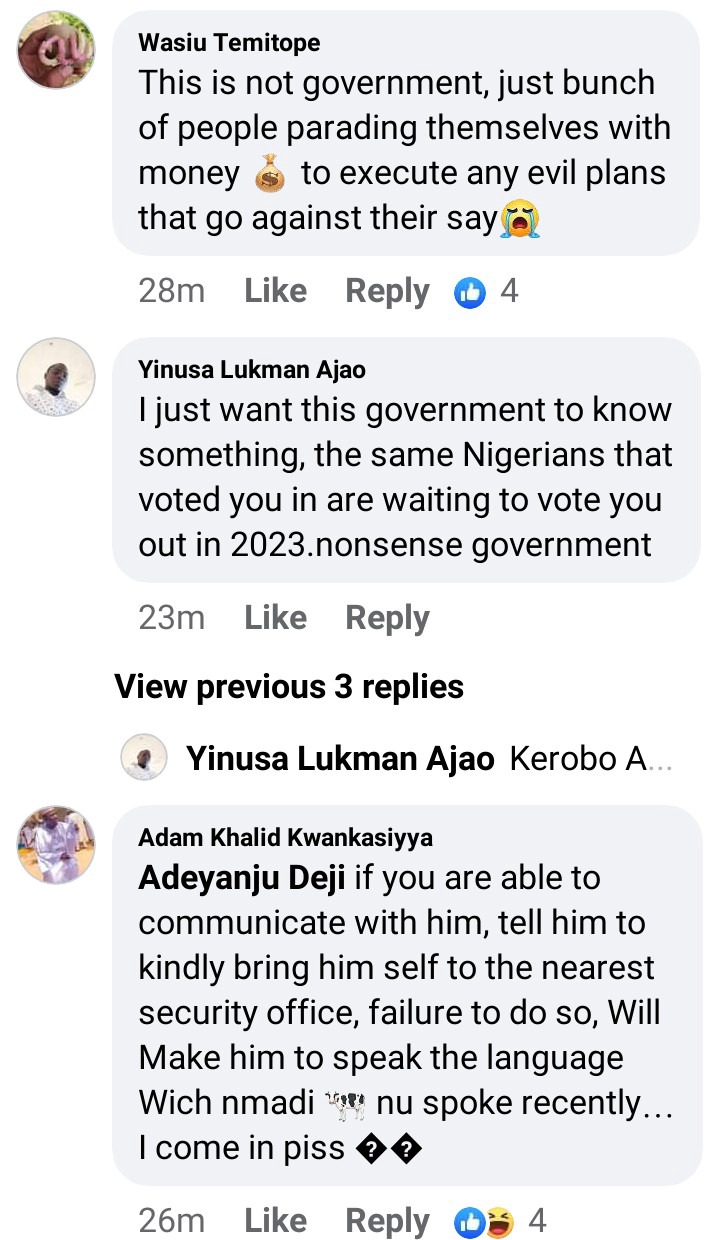 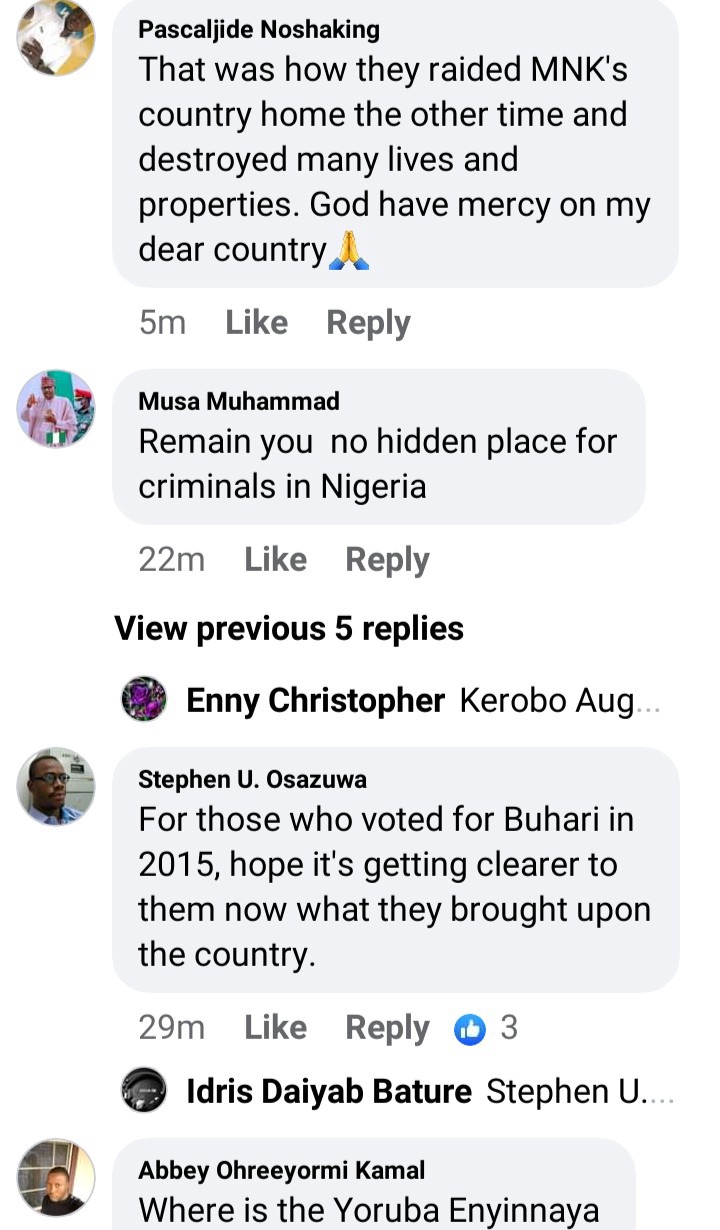