I was in my house when I heard of the incident -Eyewitness says, as baby was found dead in dustbin

By JosephAkintunde (self media writer) | 4 months ago 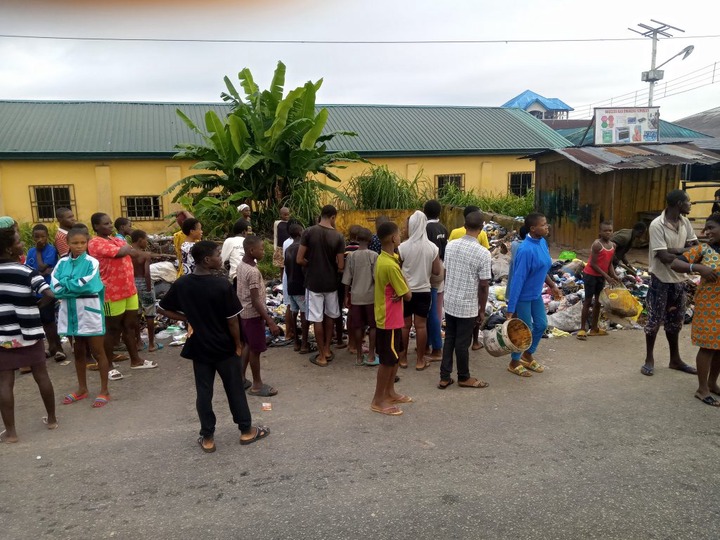 It's a sad story in Yenogoa state this morning when a baby was found dead. It happened in the Okaka community of Bayelsa state. According to a police officer, they said this is the third time such would be happening. Teenagers would just get pregnant, carry the baby for nine months and dump the baby to die anywhere. Potentials are being wasted and the need to reduce the issue of teenagers getting pregnant anyhow.

A mother Jane spoke with Daily post this morning about the issue. She said she was in her house when she heard of the incident. The women around were laying curses on the mother of the baby who did such. They came out this morning to dump refuse they had collected. It's the last Saturday of the month, and as it is, they would normally take care of their environment.

It was when they wanted to dump the refuse that they saw the baby. Unfortunately, the baby had died because of the cold of the night. Women around were very annoyed at what the mother of the baby had done. They were laying curses on her that why will a mother do such a thing. Carrying the baby for nine months is enough to think twice before doing such.

The rate at which teenagers get pregnant must be reduced. I don't know how they intend to do that but they said that's the cause of it. It must have been done by a teenager who doesn't want the pregnancy. And probably, it was too late to abort it. Instead, she would carry the baby for nine months and after dump the baby to die. 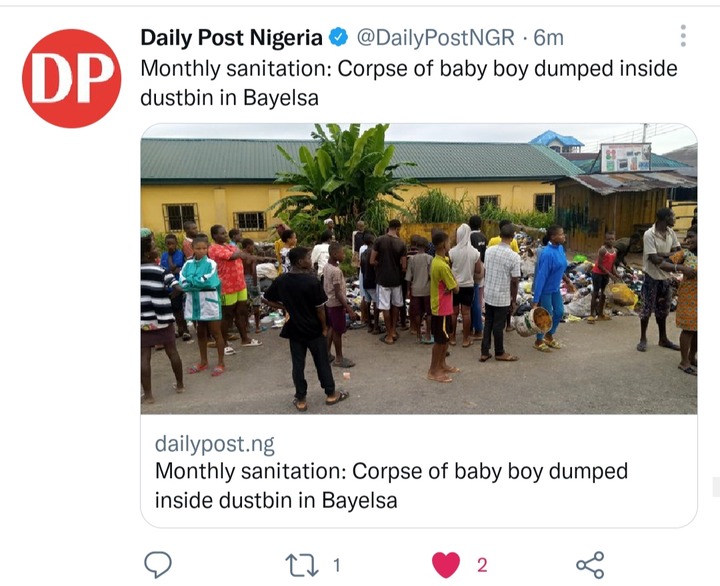