EBUBEAGU Made Its First Public Appearance In Ebonyi, See What Was Noticed On Their Uniform (Video)

The EBUBEAGU Security outfit, established by the five Southeastern Governors to checkmate the fast rise in insecurity in the region has now been officially inaugurated and launched in Ebonyi State, as they are set to resume activities of curbing crime in Igbo land. 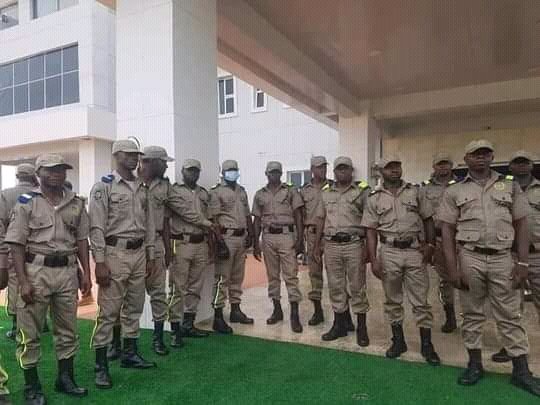 According to a report by AIT online, the EBUBEAGU Group was launched today in Ebonyi State, after several months of dialogue and consultations by the leaders of the Eastern region on the modalities and structures behind establishing a security outfit in the region. 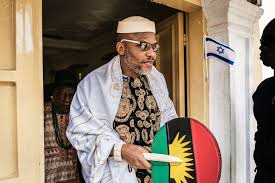 The Eastern Security Network has however become the recipient of recent scrutiny and criticism, as the group together with IPOB has been accused of being behind many of the recent troubles of insecurity experienced by the southeast.

In the video telecast by the African Independent Television which depicted the Inauguration of the new security outfit in Ebonyi, the writer and many Nigerians in the comments section were able to point out something interesting in the uniform of the new security operatives. 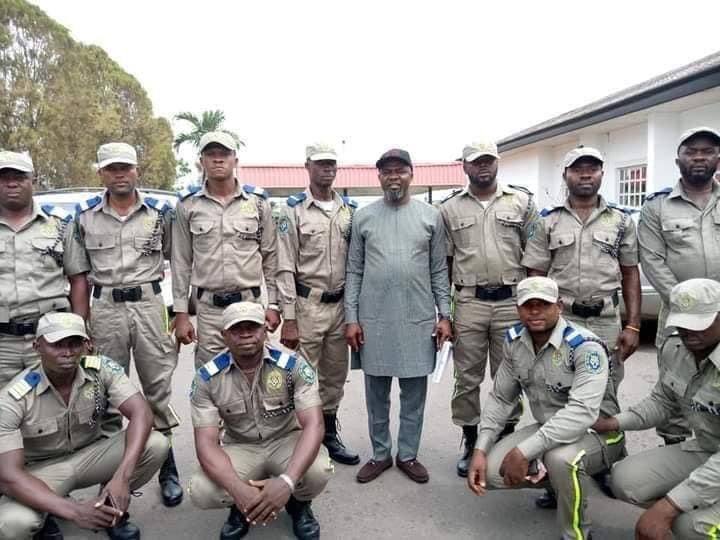 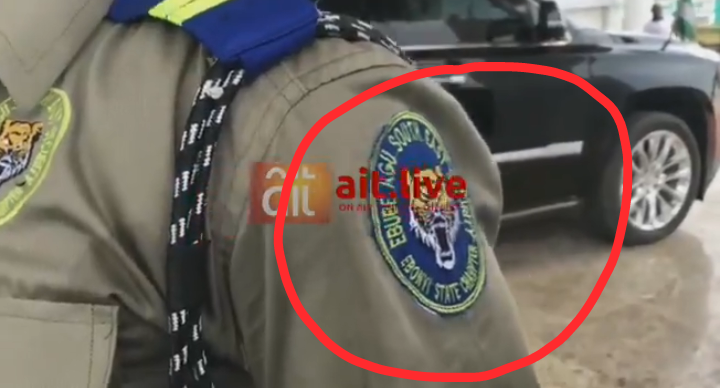 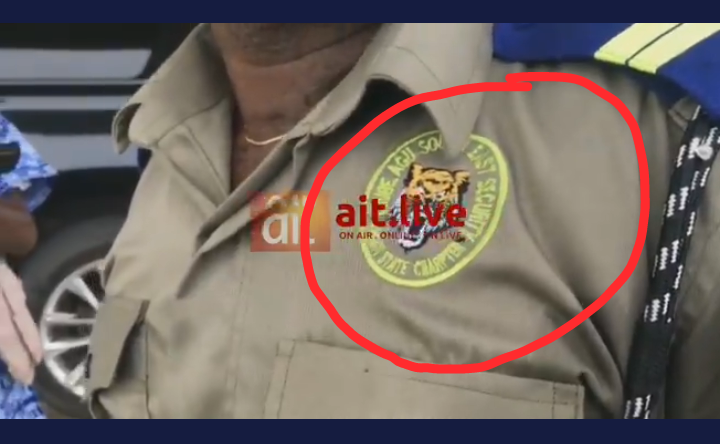 Across the sleeve of the shirt and around the region of the breast, it was noticed that the picture of a roaring lion was used in designing the uniform, with an inscription which reads, "EBUBEAGU Southeast Security Chapter Ebonyi State."

The roaring lion symbol used further depicts the name of the group (EBUBEAGU), which means the glory of lion. This is also illustrated with the use of a roaring lion, apparently roaring in its glory. 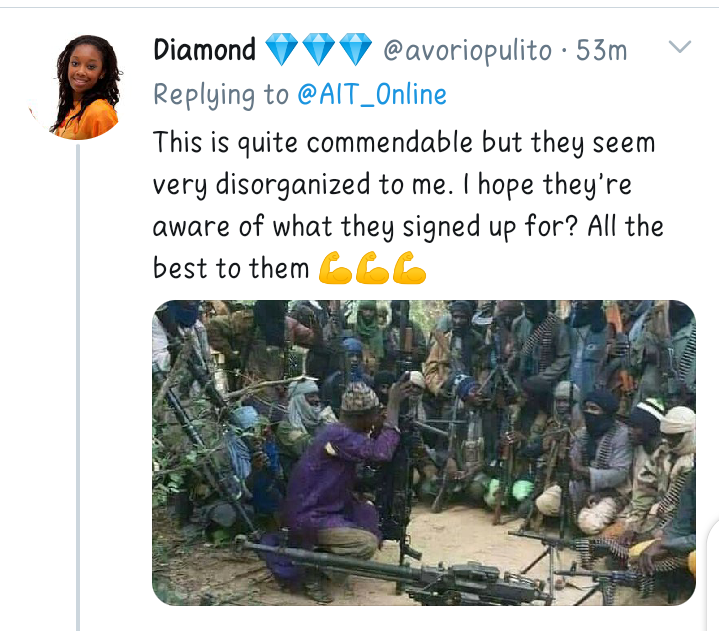 Many Nigerians shared their reaction to the news of the unveiling of the newly established security outfit. However, a particular user made a particularly interesting comment. According to Diamond, the unveiling of the security operatives to combat crime in the southeast is a quite commendable act, however, from the video posted online about them, the new operatives did not look exactly organized.

She wondered if they were aware of the fight they were signing for, before ending her statement by wishing them good luck in their sojourn to fight highly sophisticated armed robbers and criminals in the region.

See the link to the video of their unveiling, together with the reactions of other Nigerians below. 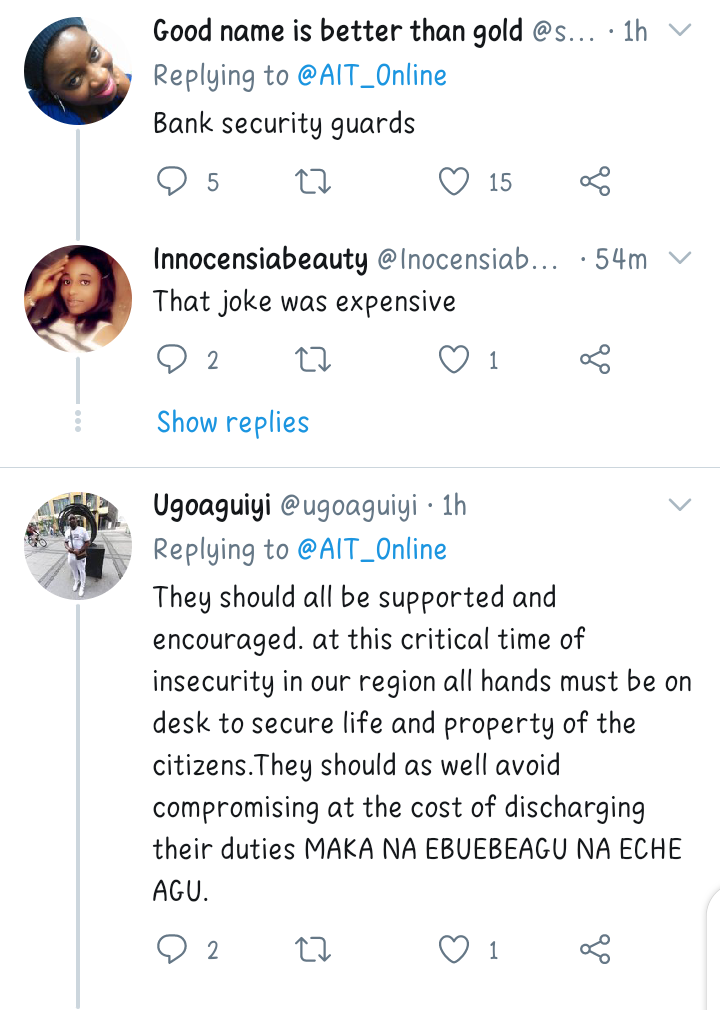 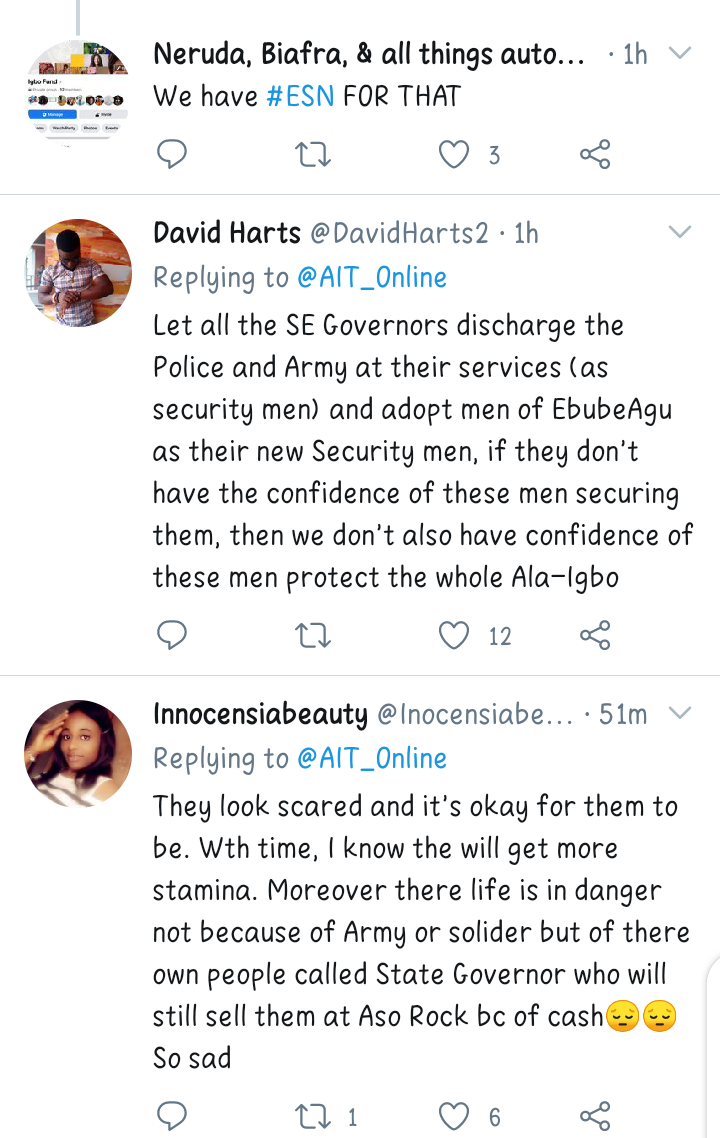 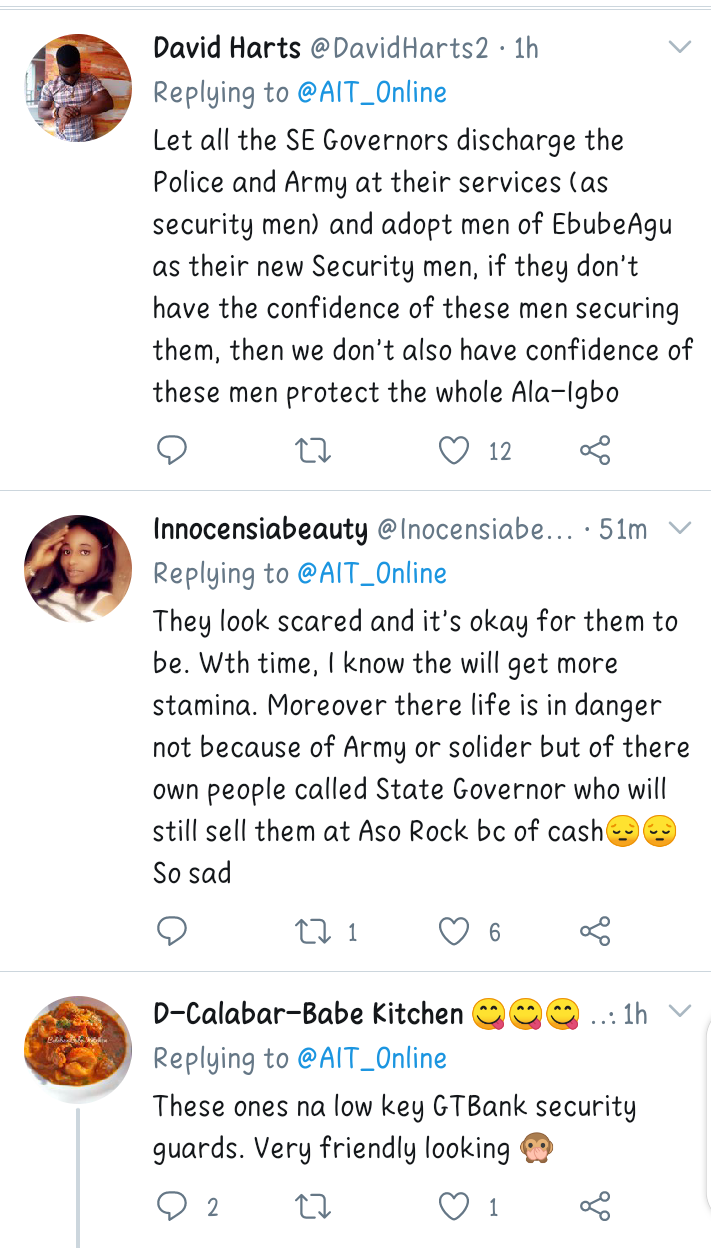 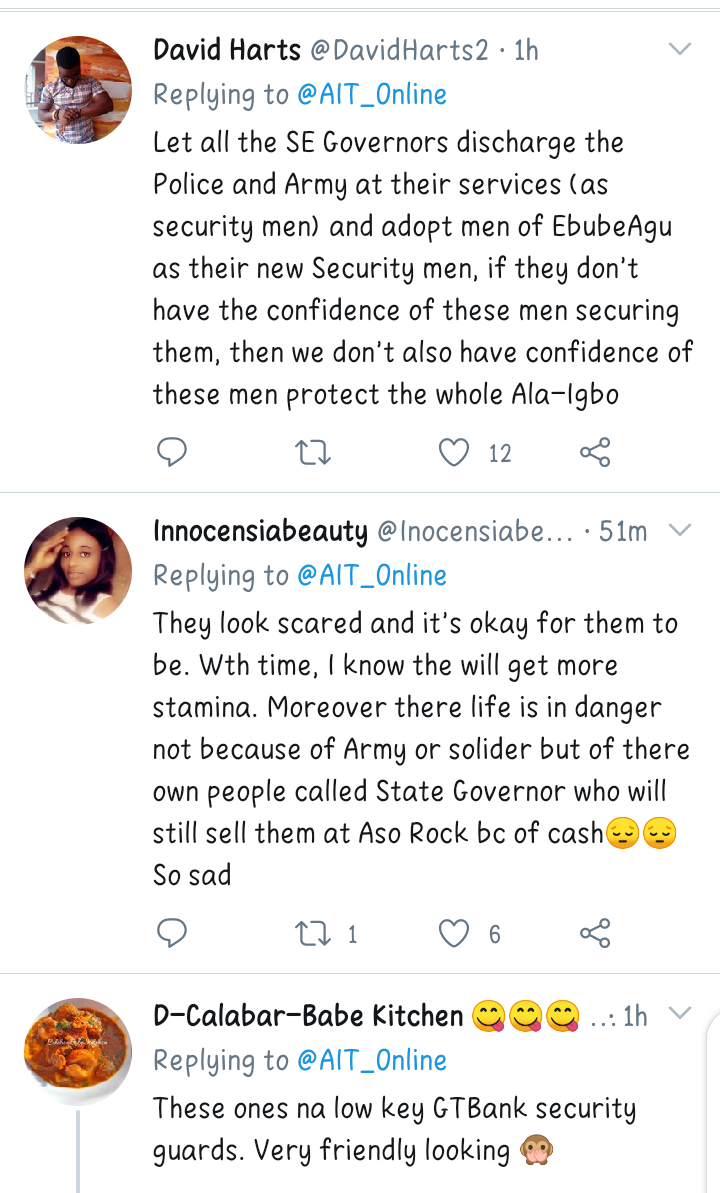 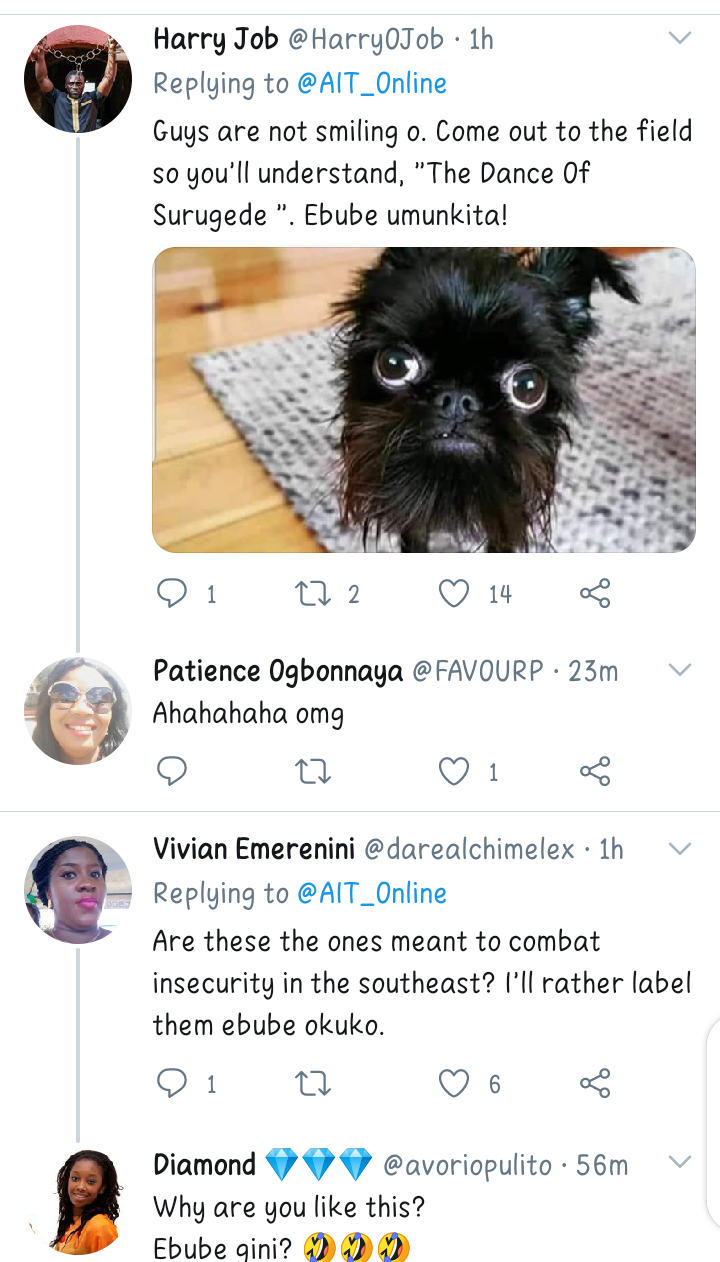 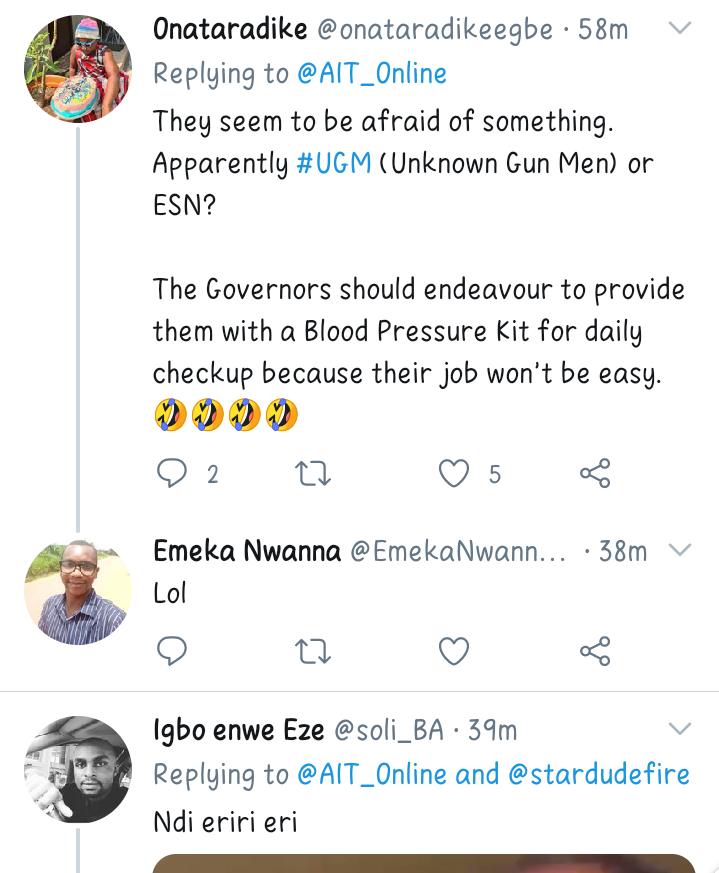 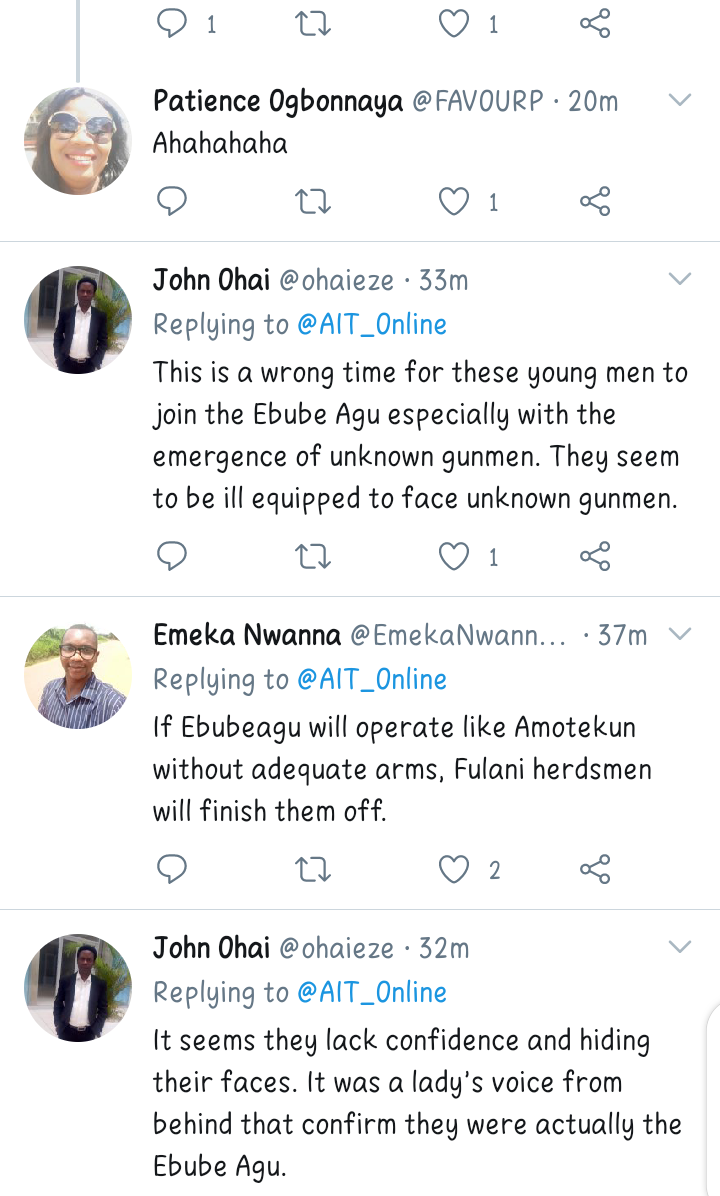 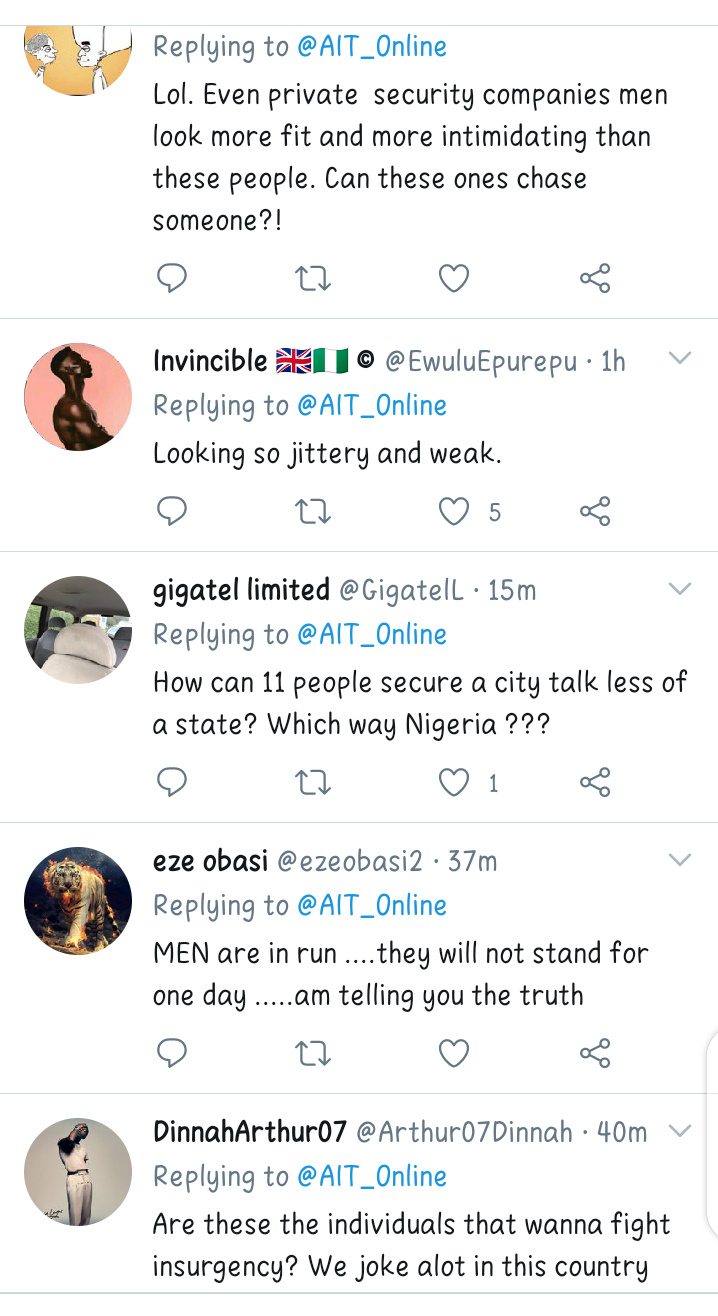 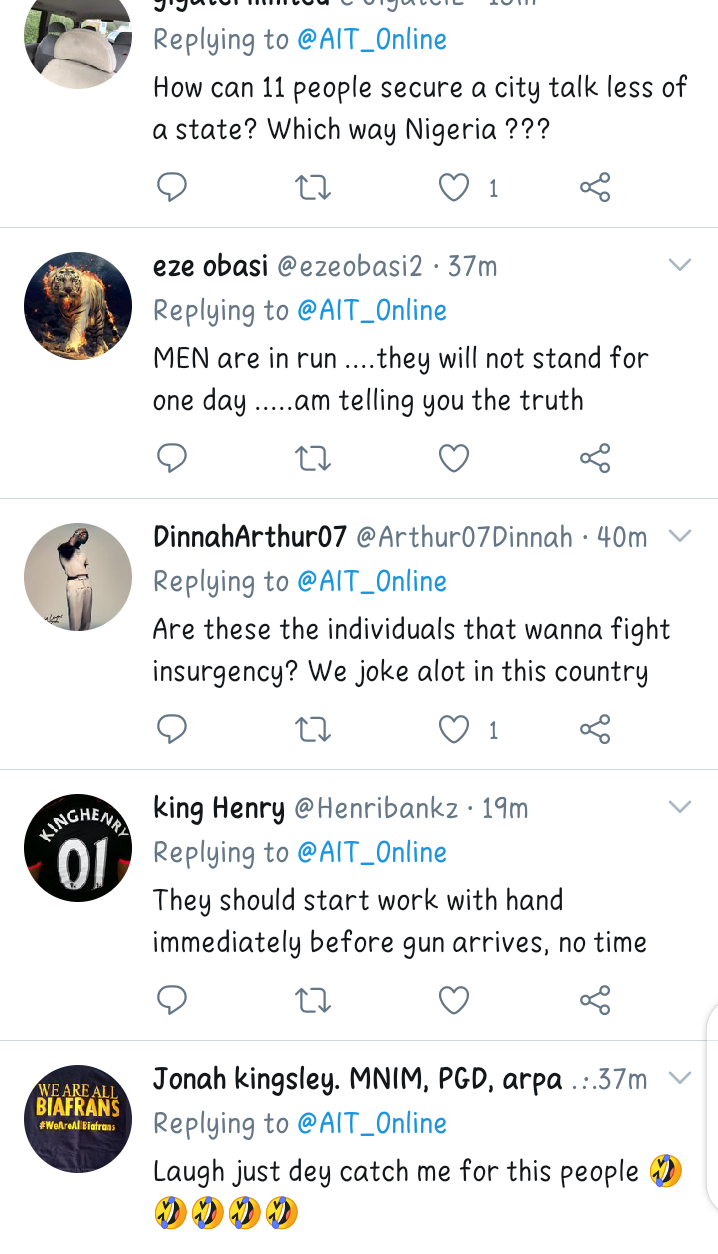 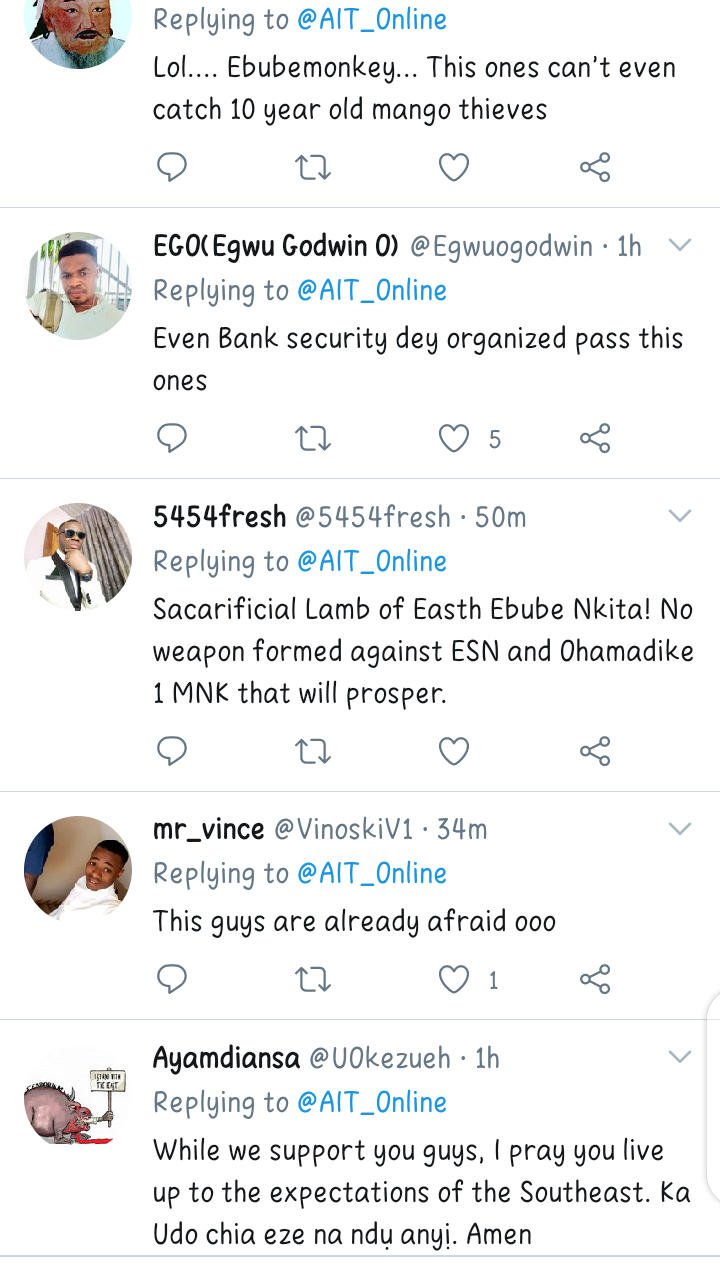 What are your own thoughts and opinion with regards to the physical appearance of the new security operatives in the southeast? Do you really believe that truly, they would live up to the crest in their uniforms and roar in glory against criminals like their name depicts? 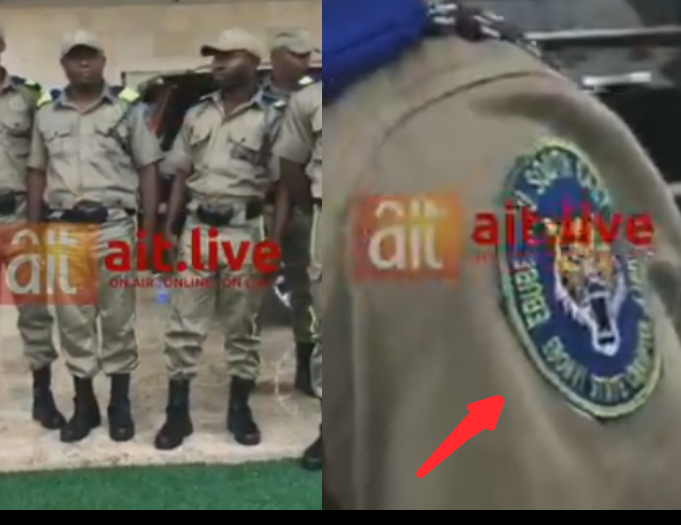 Also, how do you think all of these would play out for the ESN in the region? Could this signify the end of the "security" activities of the outlawed group in the region, or do you think they can work harmoniously with the EBUBEAGU?

Please tell us below.