It was a bloody Tuesday afternoon in Oji River area of Enugu state, as 911 Truck fully loaded with ‘Akpu’ (fufu) lost control while descending from the Ugwunzu hill: colliding with many on-coming cars and swerving into shops; where it hit and trapped many persons. 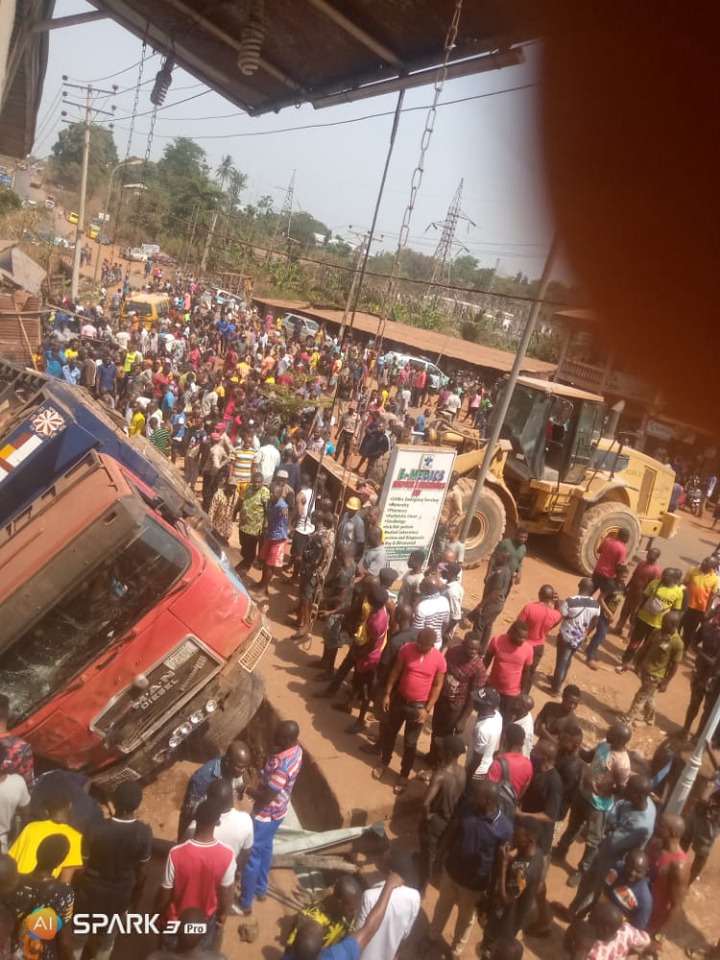 This ugly incident which occurred around 1:20pm, was reportedly caused by brake failure. Several residents were crushed by the heavy duty truck while the trapped people were rescued alive. 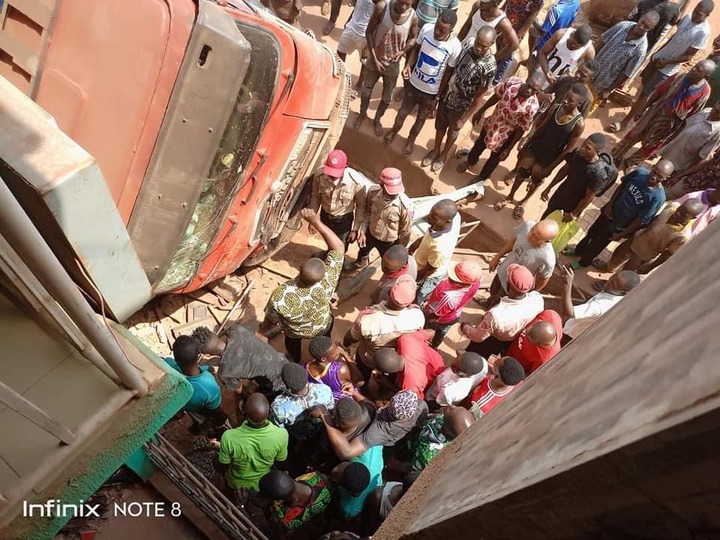 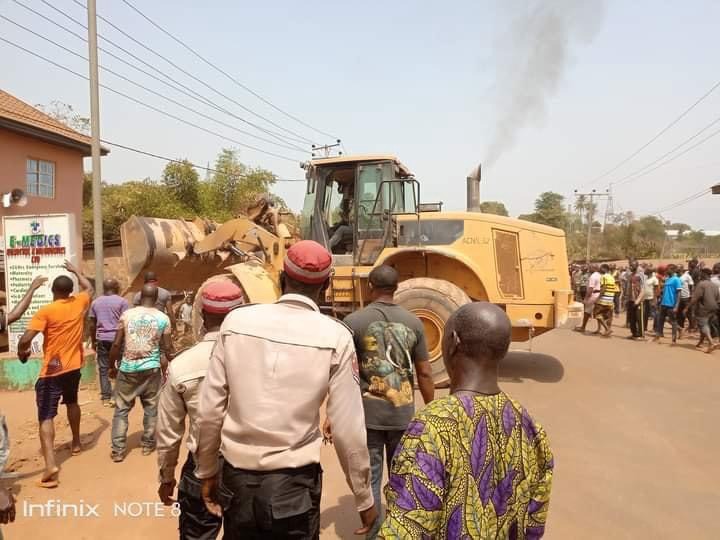 It took the prompt intervention of the Executive Chairman of Oji River Local Government Area, Barr Frank Udemezue; who arrived at the scene and initiated an immediate rescue operation. 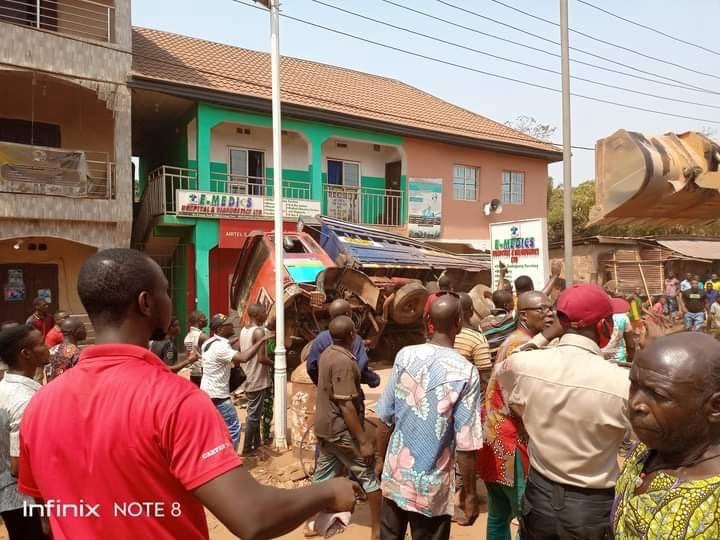 Also, some local government executives assisted the Nigerian Police and the Federal Road Safety operatives as they rescued and evacuated the injured victims to hospitals for treatments. 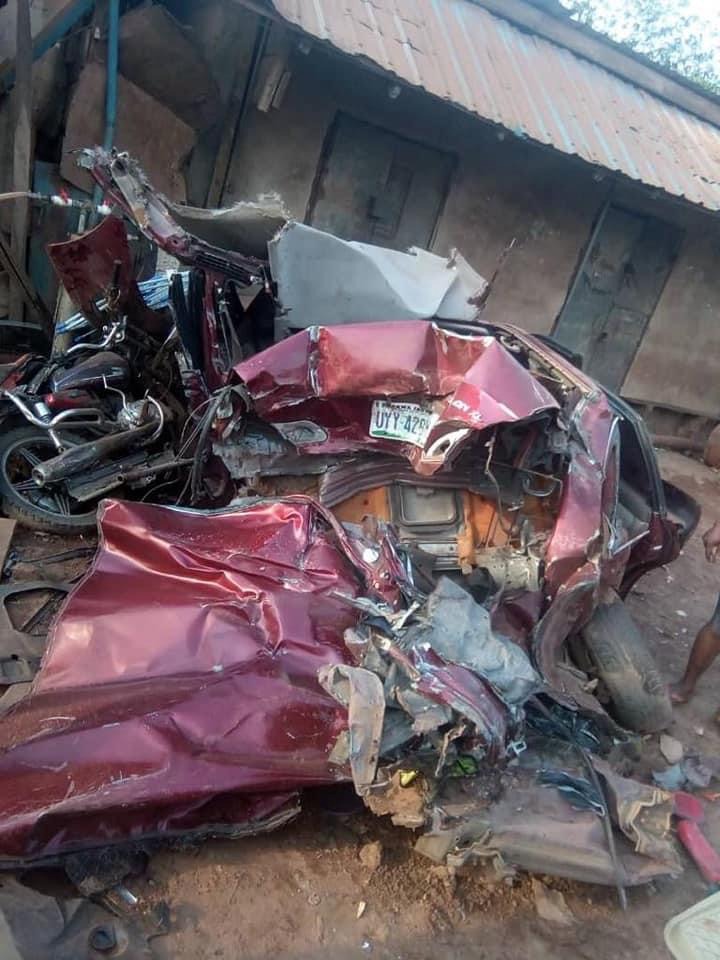 However, there is still uncertainty over the exact number of persons killed by the accident. Findings revealed that no fewer than 5 people lost their lives; some who died instantly were ripped apart by the truck. 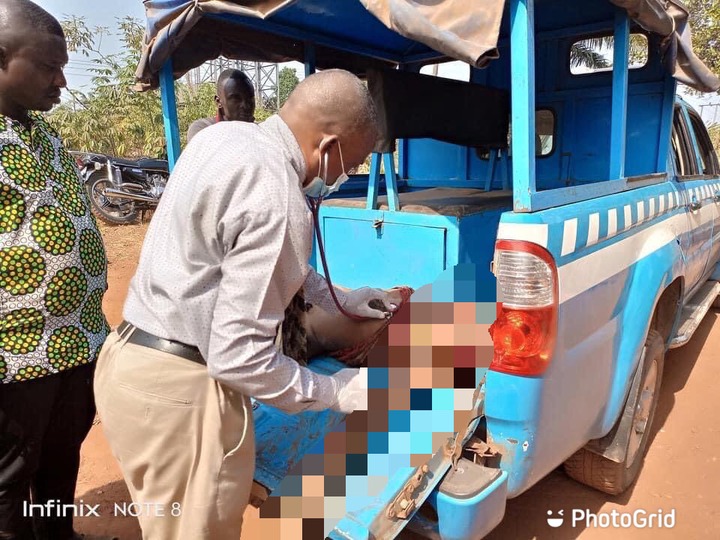 The dead victims have been taken to the mortuary. However, the angry youths of Oji River protested after the incident and urged the state government to come to their aid by mandating all trucks to use the expressway, as to avert a reoccurrence. 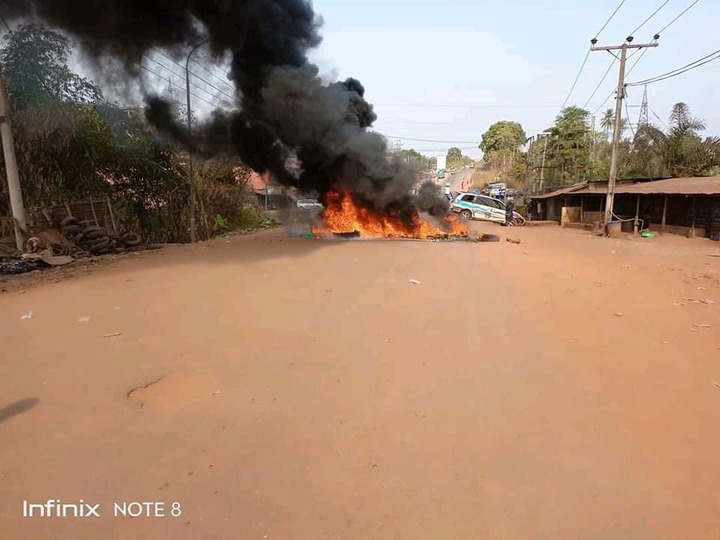 We mourn and sympathize with the families that sadly lost their loved ones in a fatal accident at wonderful junction in Oji-River, Enugu state.