Lagos amputee sachet water seller receives her 25 million as Lagos hands her to her people.

By Infogist (self media writer) | 9 months ago

The Lagos amputee sachet water hawker, Mary Daniel, has been handed over to her people by the Lagos state government. She was handed over to the leaders of Igala Community in Lagos state, on Thursday, April 29. 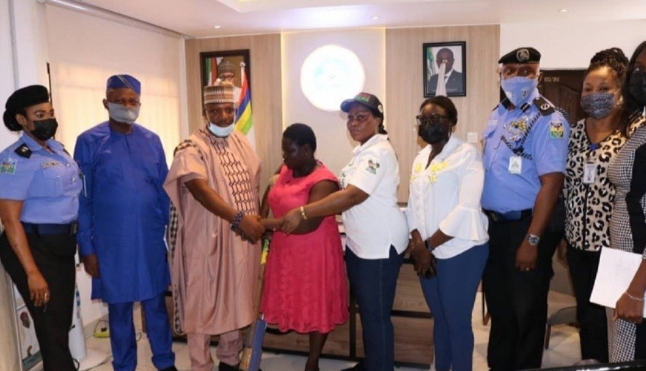 According to Princess Aderemi Adebowale, the Special Adviser to Lagos Governor on Civic Engagement, Mary Daniel, was handed over to a committee comprising of Ministry of Youth and Social Development, Ministry of Justice, the Leader of Igala Community in Lagos, Mrs Sanni Ejima, Divisional Police Officer, Alausa and a representative from Lagos state police command.

In the statement which was signed by Mr. Sola Ogunmosunle, Director, Public Affairs Department, Office of Civic Engagement, the committee will oversee Daniel’s rehabilitation and ensure that the funds raised for were utilized properly to improve her standard of living. She said the presence of the police was to show that the state government had taken proper care of Daniel while she was in police custody.

Recall that the Lagos state government debunked the news that it withheld the fund raiser for Daniel, after finding out that some of her stories were false.

The Lagos state Commissioner for Information and Strategy, Gbenga Omotoso, said what the government did was to ensure that Daniel was not molested. He said the government had no plans of denying her access to her money.

Mary Daniel once said she wants to open a super market.