By OhAfriculture (self meida writer) | 19 days

Street begging has become a venture that is raking in some thousands of naira to their bosses. It's alleged that they're giving target each day and the target must be meant. 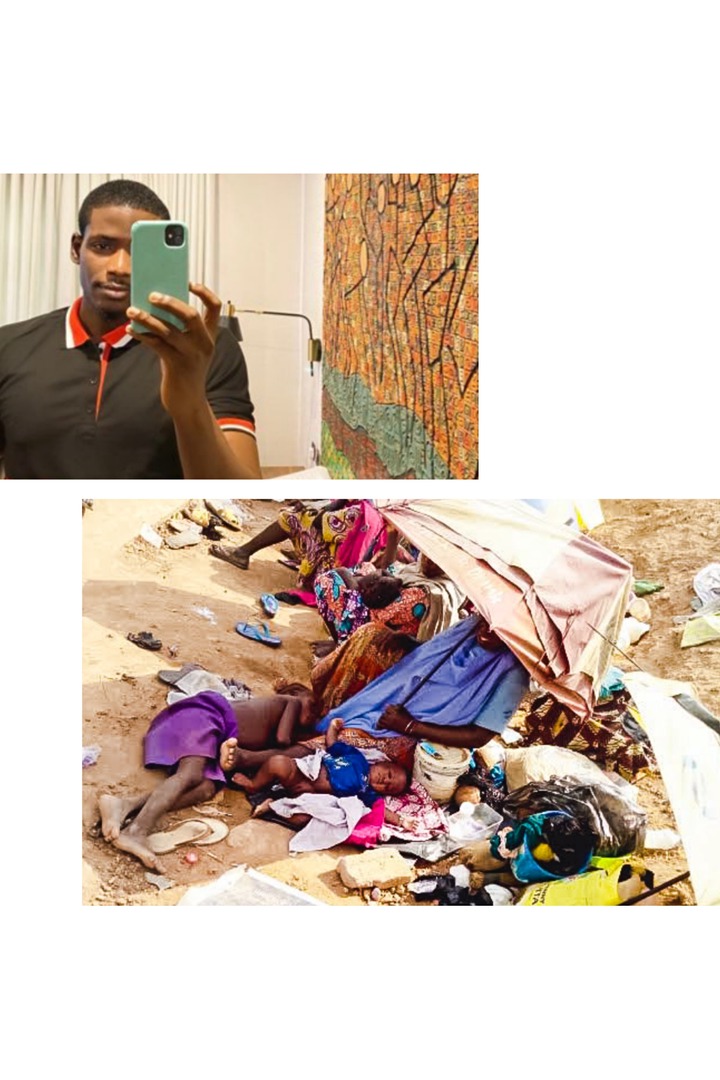 A young man known by the name Sheni Coker on Twitter just spilled the beans through his handle on Twitter, when he said that street begging has become a big venture that some people involved in it earn more than those doing office job. 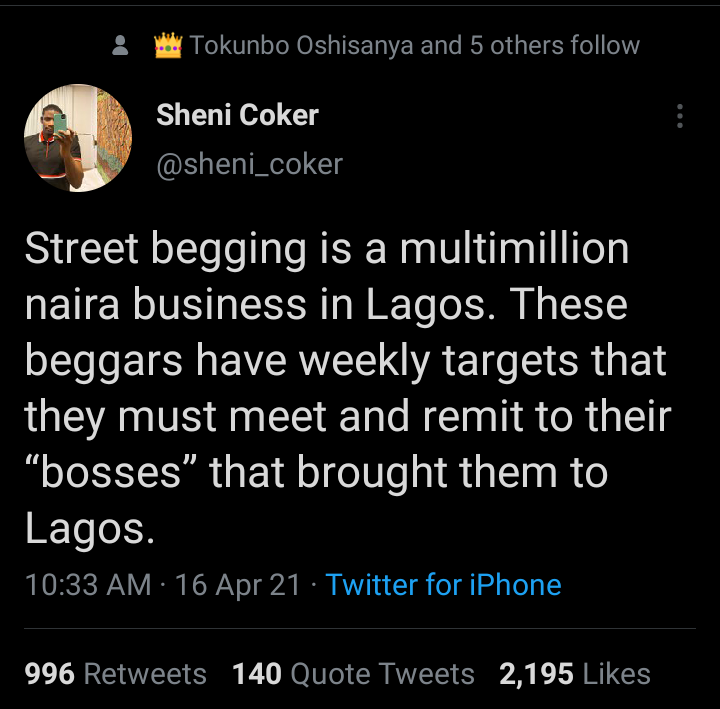 According to him, these beggars are brought down to Lagos from their respective hometown, they're giving target by these bosses that brought them to Lagos. Aside from them meeting their target, they must also remit to their bosses, and as such, the bosses earn big from the venture.

However, Sheni Coker alleged that he got to know about this, when working with an NGO, and a couple they Interviewed sadly told them that 80% of money earn from begging would go to the pockets of their bosses. 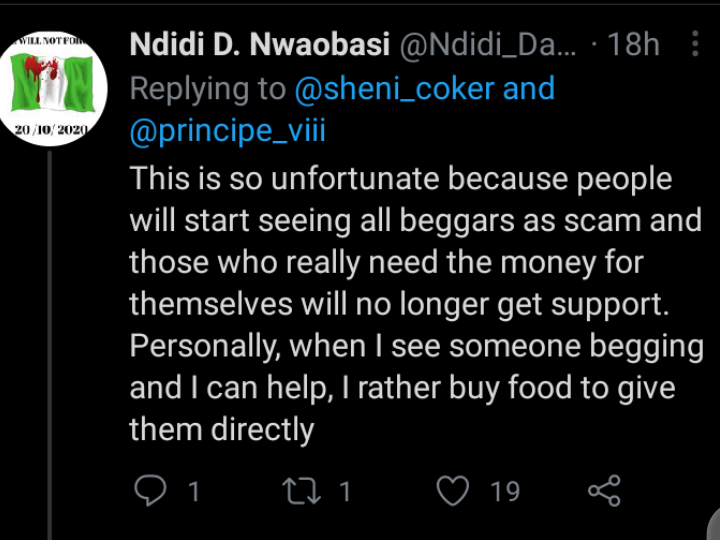 In response, people have reacted to the post as being shared by Sheni Coker on Twitter. According to Ndidi D. Nwaobasi, she reacted that the sad reality about the post was that people would start seeing begging as scam which would make people to refrain from helping them. 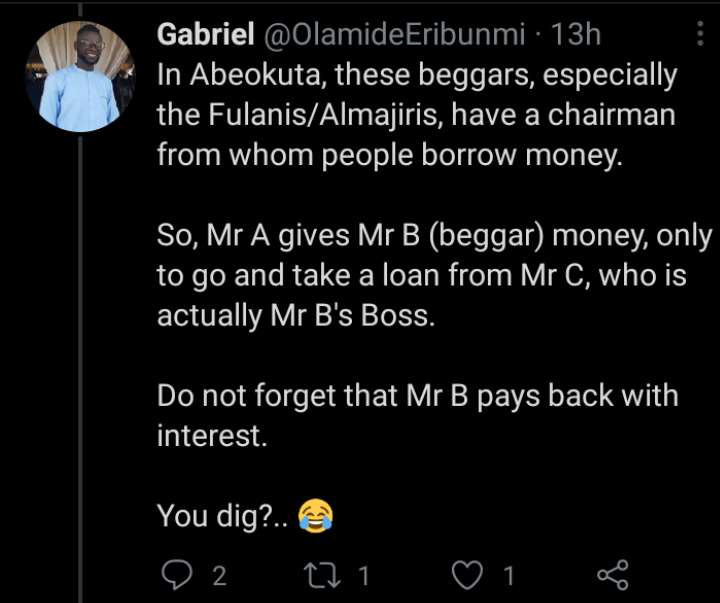 Another person alleged that beggars in Abeokuta now have a chairman that beggars loan money from and equally pay back the money with interest.

What do you know about beggars in Lagos? Do you agree that some earn bigger than those that corporate employees?

Check out screenshots of other reactions below; 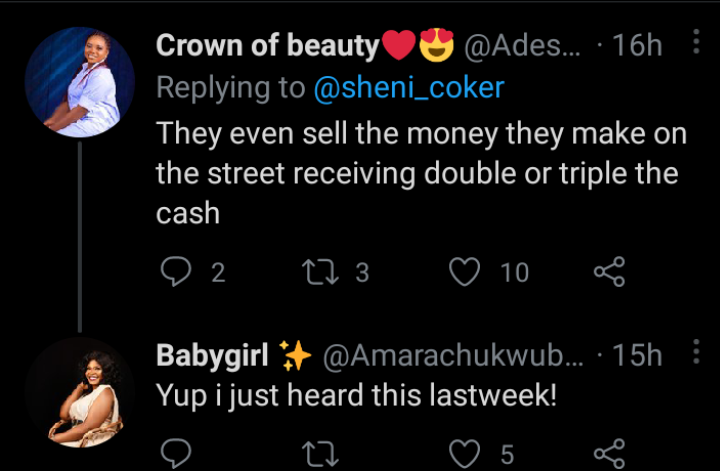 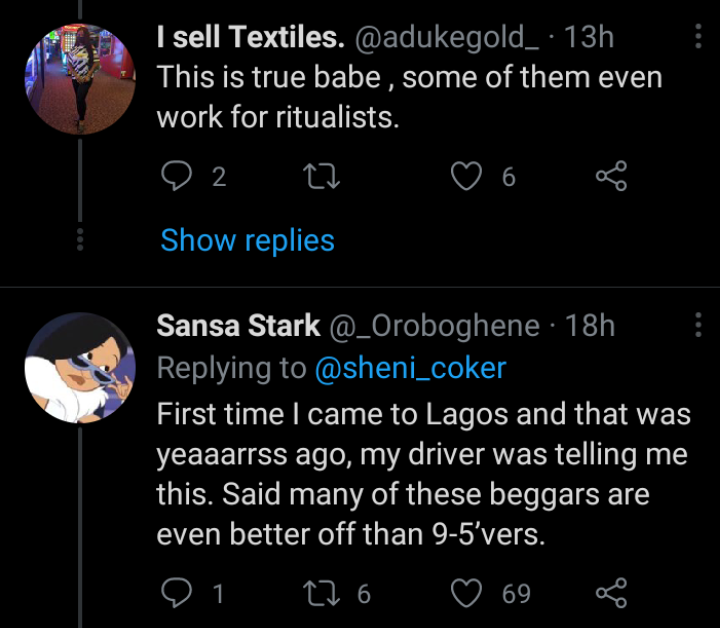 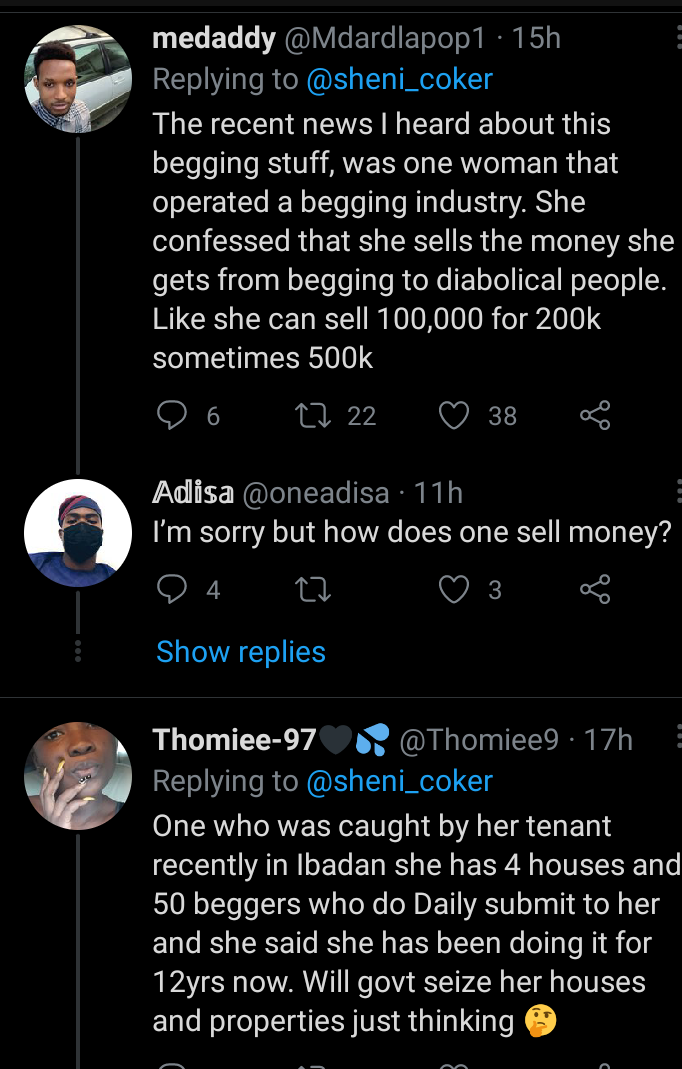 Priscilla Ojo Shares Beautiful Photos, Read What She Said, That Got Falz And Other Fans Reacting

What you need to know about the late Pastor Dare Adeboye