By OlayemiFolake (self media writer) | 1 month ago 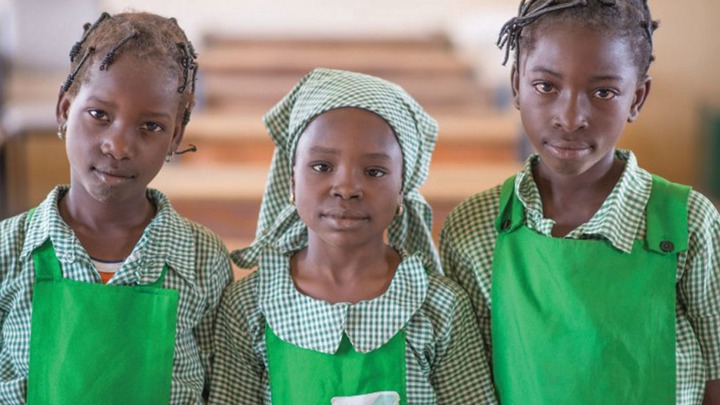 As part of the efforts to eradicate the practice of Female Genital Mutilation (FGM) in Nigeria, the Federal Ministry of Women Affairs has created women affinity groups, through a project called ‘Nigeria for women’ and supported by the World Bank.

These groups currently in six states within the six geopolitical zones are mandated to address all issues of women and girls through four components- social capital, livelihood support, innovation and partnerships.

Adamu Samaila, the Ministry’s Deputy Director on Women development, representing the Minister disclosed the measure on Friday at a press conference ahead of the first-ever walk against FGM in Nigeria on October 16 and to commemorate the International Day of the girl child on October 11.

“Social capital has two sub-components- the behavioral change communication strategy (attitude and knowledge within the communities) and mass communication. This component helps to shift social norms like FGM and other cultural practices”, he said.

Mr Samaila noted that there are currently 7000 women affinity groups in the pilot states and the women affairs ministry is collaborating with the Ministry of Health and other local authorities to extend the project to the 36 states of the federation upon the success of the first phase.

Likewise, the National Human Rights Commission said it has trained NGOs and Civil Society Groups in six states where FGM is prevalent to embark on advocacy visits while monitoring the level of compliance on curbing FGM at the grassroots.

Speaking on behalf of the Commission’s Executive Secretary, Harry Obeh, the Director of Women and children department informed that Ebonyi state has recorded “a huge success story” in reducing the practice.

“We engaged with people that can help us speak to these people one on one through partnerships with NGOs and CSOs and we also conducted town hall meetings and community engagements on what amounts to human rights abuses and violations”, he said.

Obeh however called on FGM survivors to seek redress and push for the ability to protect themselves through enforcement of laws.

Also present at the event was Emmanuel Babayaro, Nigeria’s football star, and 1996 Olympics Gold medalist. He urged civil society groups and NGOs to synergise noting that it will help them achieve their goals faster.

A health expert, Dr. Dolamu Jawando, Chief Executive Officer, Firmcare Diagnostics, warned against the dangers of the practice which are- scarring, abscesses which cause recurring infections, infertility and behavioural disturbances particularly in children.

The convener of the event, Lola Ibrahim, the President of WAVE Foundation indicated measures that can help eradicate the harmful practice in Nigeria such as translation of the Violence Against Persons Prohibition Act (VAPP) into local languages, careful choice of words during sensitization, and social services support for FGM survivors by the government at all levels.

Female Genital Mutilation involves altering or injuring the female genitalia for nonmedical reasons and it is recognized internationally as a violation of the human rights, health, and integrity of girls and women.

Women who undergo Female Genital Mutilation face short-term complications such as severe pains, excess bleedings, infections, and difficulties in passing urine, as well as long-term consequences for their sexual and reproductive health and mental health.

According to the United Nations Population Fund (UNFA), more than 200 million girls and women have experienced FGM and 25 percent of Nigerian women and girls, aged 15 to 49 have undergone some form of FGM.

Content created and supplied by: OlayemiFolake (via Opera News )