Security agents have barricaded the Federal High Court Abuja, ahead of scheduled re-arrangement of the detained leader of the proscribed Indigenous People of Biafra, IPOB, Nnamdi Kanu. 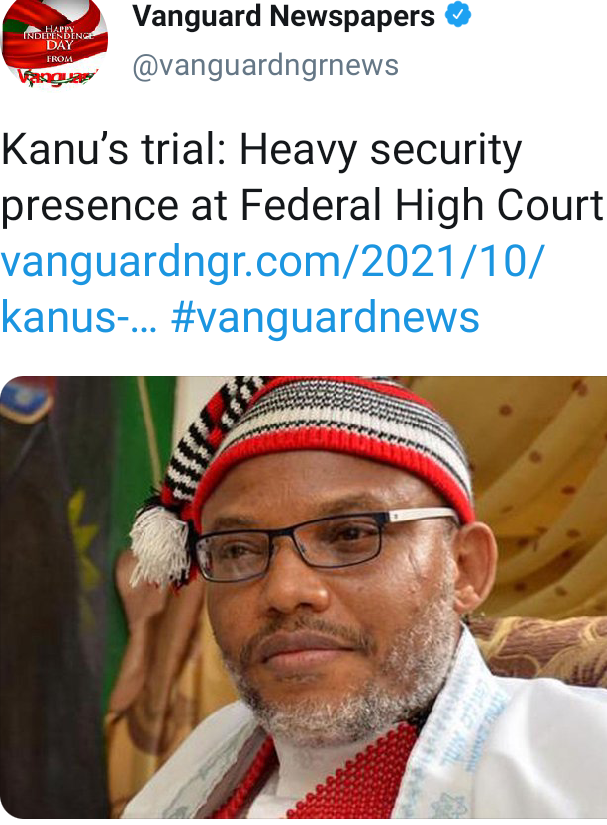 Kanu is expected to take a fresh plea before trial Justice Binta Nyako, on an amended seven-count charge bordering on incitement, treasonable felony and terrorism. 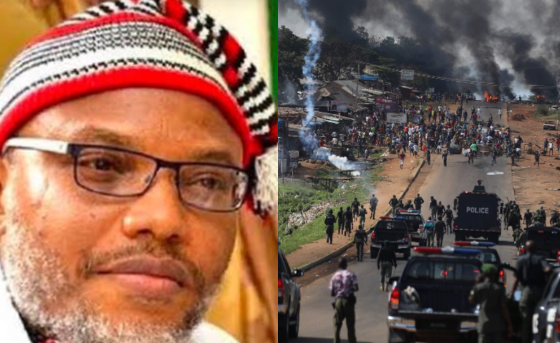 Fear has gripped residents of Calabar, the Cross River State capital as armed policemen yesterday barricaded all the roads leading to the Governor’s Office in the metropolis. Among the places barricaded by the armed security operatives included the road from Murtala Mohammed’s Highway to the Accountant-General’s Office in Calabar; Leopard Road by National Population Census (NPC) office and Leopard Road to the defunct Mercantile Bank, which is close to the state police headquarters on Diamond Hill, Calabar.

A Calabar resident who sells roasted plantain, Mr Anthony Edom, said the presence of armed policemen along Leopard Road was scary, particularly to passers-by, stressing that the halt in vehicular movement had affected business activities in the area.

Years after denouncing Tinubu as godfather, Fashola says nothing bad with godfatherism

Years after denouncing the leader of the All Progressives Congress (APC) Bola Tinubu as his godfather, Works and Housing Minister Babatunde Fashola says there is nothing wrong with having a political godfather. 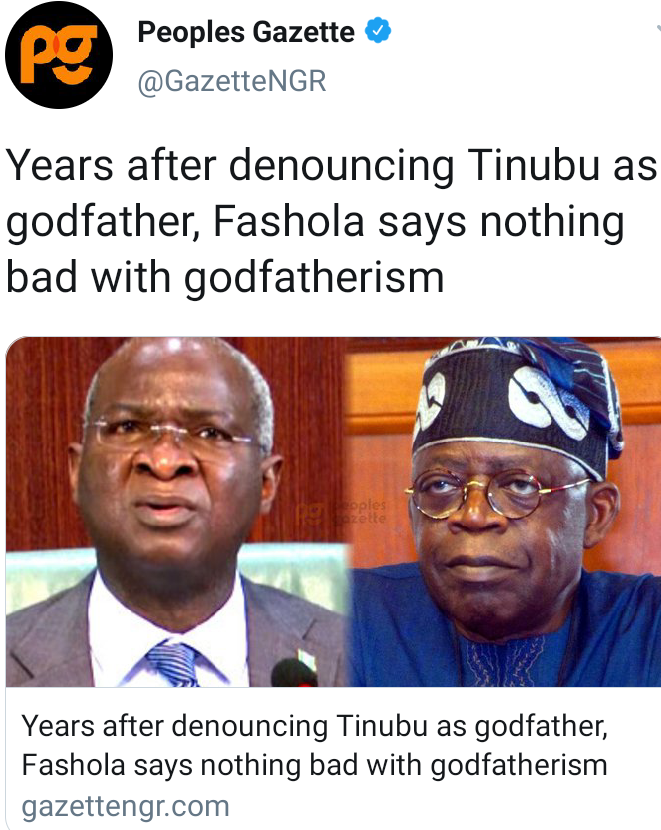 In 2010, Mr Fashola, when asked about his relationship with Mr Tinubu, had replied, “I do not have a godfather,” instead referring to him as a “political mentor”.

At the time, Mr Fashola’s relationship with Mr Tinubu, his predecessor, was frosty. It wasn’t exactly clear what their disagreement was, but both men were locked in a cold war.

The administration of Governor Dapo Abiodun and that of his predecessor, Senator Ibikunle Amosun have exchanged words over the accreditation of the nursing schools and midwifery in Ogun State, DAILY POST reports. 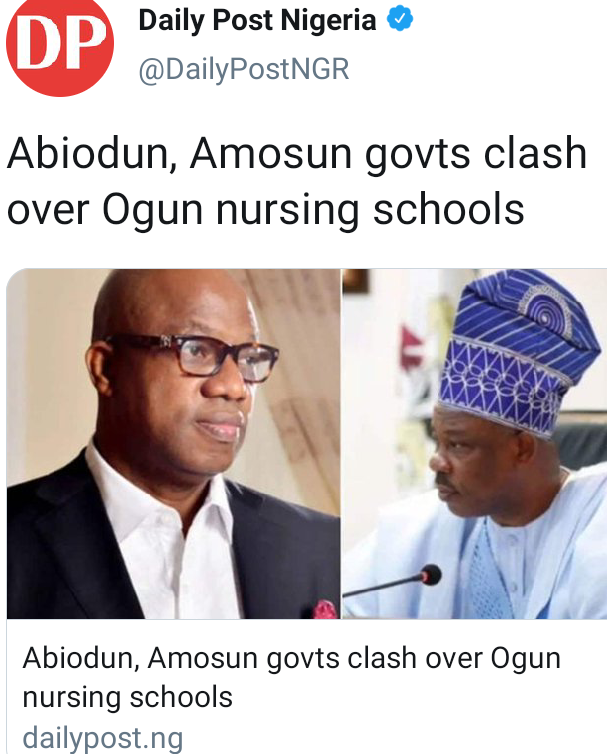 On Wednesday, the Abiodun government had claimed that it, for the first time in 45 years, secured full accreditation for the nursing schools and midwifery in Abeokuta, Ijebu-Ode and Ilaro, from the Nursing and Midwifery Council of Nigeria (NMCN).

However, the immediate past administration described the claim as “lies”, saying the accreditation was done in 2017.

The incumbent Commissioner for Health, Tomi Coker, had said the full accreditation was “the first of its kind in the 45 years history of the State”, saying it “came with an upgrade of the schools of Nursing and Midwifery to Collegiate.”

The Kwara state chapter of the All Progressives Congress loyal to the Minister of Information and Culture, Alhaji Lai Mohammed, has expressed fears that the APC may be heading for electoral defeat in 2023 if urgent steps were not taken. 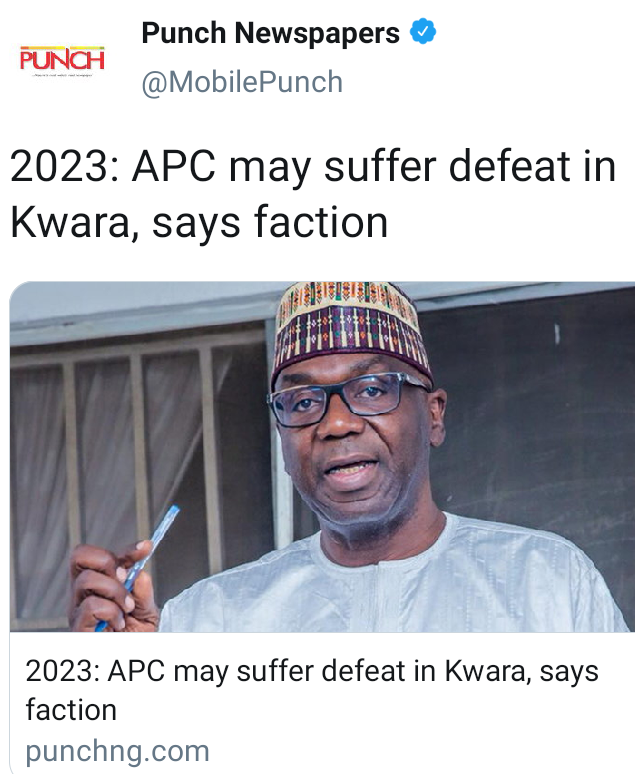 Factional Deputy Chairman of the party, Chief Sunday Oyebiyi raised the alarm while addressing the media, in Ilorin, on Wednesday.

He said, “Governor Abdulrahman Abdulrazaq is a political liability and he is dangerously navigating the party back to Egypt instead of the promised land that the ‘O To Ge’ revolution had in stock for Kwarans”.