Despite The Peace, The Ebijakara People Of Abi LGA Are Still Living Outside Their Community

By TheBestNewz (self media writer) | 8 months ago 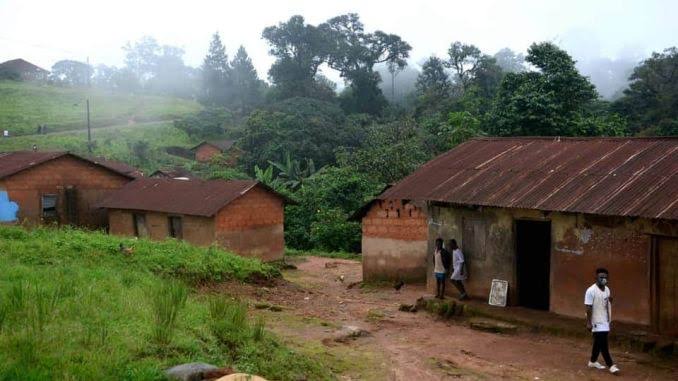 In Nigeria today, there is strong evidence everywhere that, most states are currently confronted with legions of violence, conflicts and wars that threaten local, state and national integration.

A typical example of this scenario is the Ebijakara community which has since been completely displaced by the Ebom community in 2006 land dispute without adequate effort made to help resettle the displaced persons of Ebijakara to date.

The great people of Ebijakara in Abi Local Government Area of Cross River State has expressed displeasure on why they should continue living outside their own community as strangers, meanwhile the Ebom people are comfortably residing it their community even after peace was made.

In an extensive interview with one of sons of Ebijakara who pleaded anonymous who narrated the story of how the whole land matter started, mentioned that the Ebom people has refused to return to their land, which has resulted to the Ebijakara not getting spaces to live or build houses.

He also stated that the people of Ebijakara are suffering from political, social, economic marginalization and inequality at the governmental level, segregation and no regard as one of the community that sum up the number of communities that makes up Bahomono Nation.

His words; "I went to Usumutong to cover an event, surprisingly discovered that the people of Ebijakara are still residing in Usumutong despite the peace that has returned in Bahomono axis of Abi Local Government Area, Cross River State; Nigeria."

"The judgment: I quote “the accused given three (3) months to quit complainant Iwara’s land. For the trespass accused fined to pay (£5) Five pounds or three (3) months imprisonment with HARD LABOUR”.

"The accused compiled with the court’s judgment, paid the FINE and within three (3) months quitted the complainant’s land of Aberiba (Ebijakara)."

"There were no more cases of trespass by Ebom, this brought relief to Ebijakara of Ebom problems."

"The question here is: where did Ebom quit to?

On the 23rd day of January 1972, Chief Edward U. Iwara of Ebijakara consented a perpetual lease of a portion of land situated on the right hand side of the road leading to Igonigoni to the government to build a health center for the two communities (as contained in the Ebom Ebijakara resolution of 23rd January 1972)."

"I was also made to understand that the people of Ebom have their ancestral land where they built their secondary school, and also a beach opposite Ndibe beach of Ebonyi State and that there is a motorable constructed road from Usumutong to the land of Ebom that lead to Ebom beach (Rehat-Ekpoi) and their farms also."

"The question is, what is so special about the land of Ebijakara that the people of Ebom does not want to leave?"

"Politically, the people of Ebom have a Representative member in Cross River State House of Assembly in person of Hon. Davis Etta, and Hon. Counselor in the Local Government level in person of Hon. Monday Ubah, Supervising Counselor; all from Ebom."

"Whereas Ebijakara has always been robbed in political matters all because they are minority; remember this two communities share the same council ward."

"The people of Ebijakara are suffering from political, social, economic marginalization and inequality at the governmental level, segregation and no regard as one of the community that sum up the number of communities that makes up Bahomono Nation."

"Since then the people of Ebijakara have been going through several challenges, call it; social, political, economically and other forms of abuse."

"Thanks to the executive chairman (Hon. Faratoh Robinson) of Abi Local Government that through his reign has brought peace which the most happiest people behind the peace are the people of Ebijakara."

"I was also told here that Bahomono with the inclusion of council members Abi Local Government Area, went to Ebijakara land to supervised a portion of land for farming and cultivation by the people of Ebijakara to avoid intimidation or harassment from their tenant; while the Bahomono and the council will decide of the return of Ebijakara; someone that has a land, property, you will now decide on how and when to use it, anyways, thanks to them."

"Having said that, is the peace a sincere peace or a politically motivated move by some people? If this is the case, then, this is injustice in highest order."

"I hereby called on Cross River State Government, Human Rights, Nigeria and all concern citizens of peace makers to intervene for the return of Ebijakara to their land."