By Watertown (self media writer) | 15 days ago 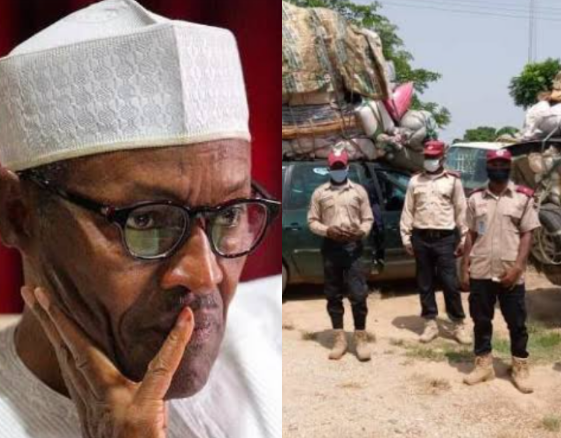 The Southern and Middle-Belt Alliance (SaMBA) has urged President Muhammadu Buhari and all south-eastern governors to as a matter of urgency identify and apprehend the sponsors of the “unknown gunmen” in the region. 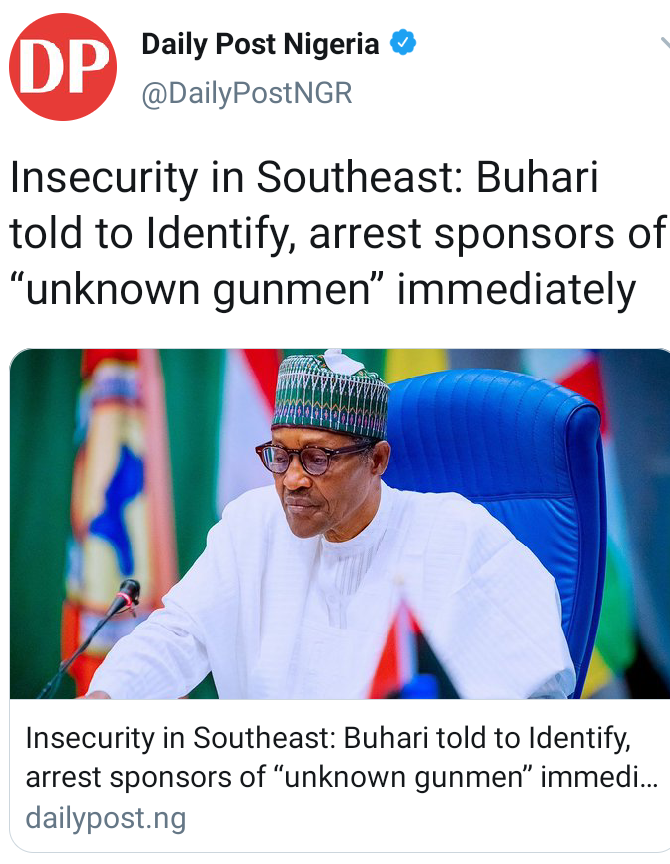 The group in its statement issued on Monday and signed by its Spokesman, Prince Rwang Pam Jnr., appealed to Buhari to take immediate steps to tackle the growing menace of violence in Anambra and the entire South-East region. The Federal Road Safety Corps (FRSC) has advised against travelling by night, citing the deplorable state of most federal roads and increasing insecurity across the country. 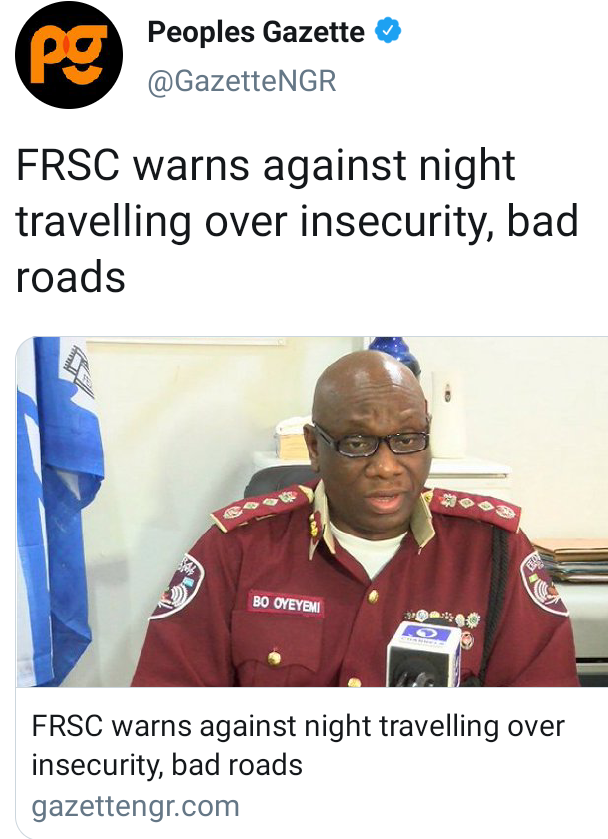 The News Agency of Nigeria (NAN) says the FRSC Sector Commander in Kogi, Solomon Agure, made the assertions in a statement on Monday in Lokoja. 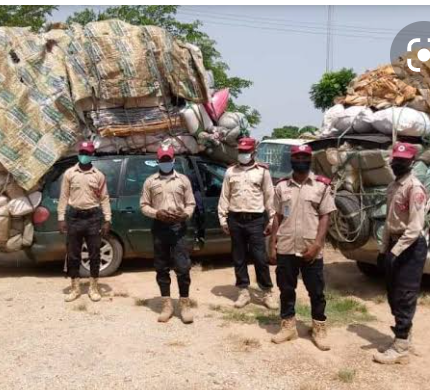 Canvassing against overspeeding, Mr Agure said no good road experience could come out of speeding, overloading, use of phone while driving, use of mechanically deficient vehicles, failure to use seatbelt and safety crash helmet, and several other road use infractions.

The Abuja Division of the Federal High Court, on Monday, rejected an application the Senator representing Borno South, Ali Ndume, filed to be discharged as a surety in the ongoing trial of the former Chairman of the defunct Pension Reform Task Team, Abdulrasheed Maina. 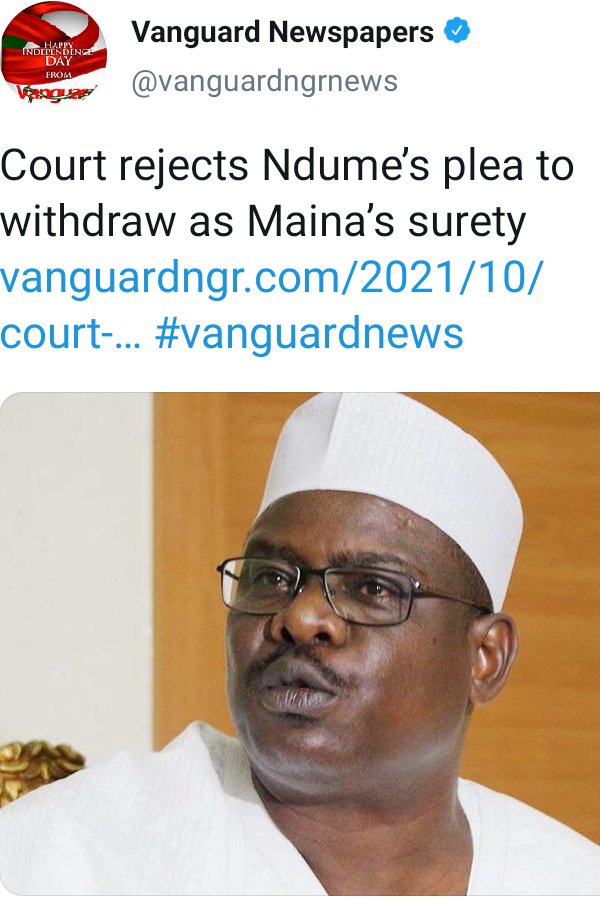 Ndume, who spent five days at the Kuje Correctional Center after Maina jumped bail, had in the application he filed through his lawyer, Mr Marcel Oru, begged the court to allow him to pull out from the case.

The Nigeria Customs Service has intercepted 15 sacks of pangolin scales weighing 1,014.5kg with a Duty Paid Value of over N1.7bn in Lagos. 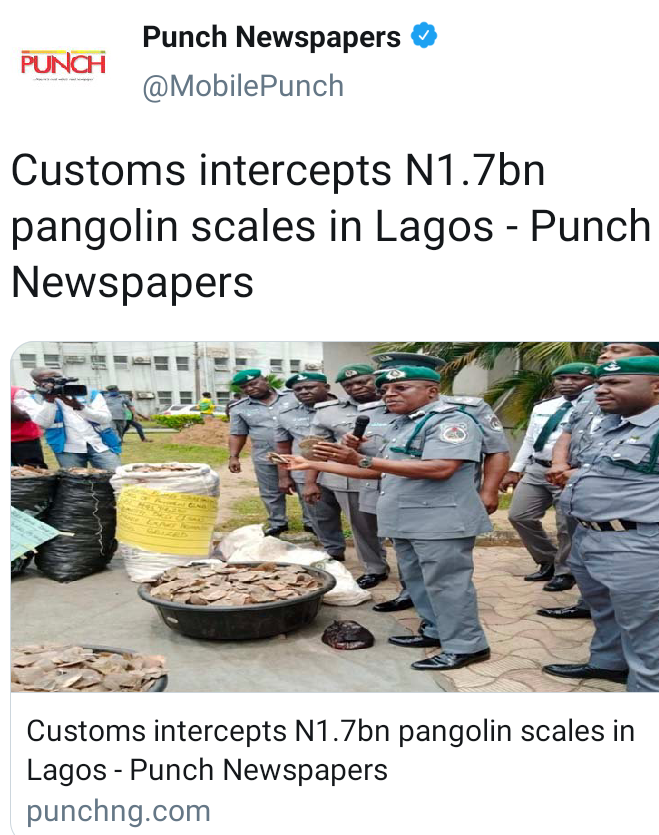 The Comptroller General of Customs, Col. Hameed Ali (rtd), disclosed this at a media conference in Lagos, on Monday.

Ali, who was represented by the National Public Relations Officer, NSC, DC Joseph Attah, added that two suspects were arrested with the items.

“This criminality was not essentially a Nigerian thing; sadly, some foreigners with active connivance of few Nigerians are bent on using our dear country as a transit route for illegal wildlife trade,” Attah stated.

Senator Umaru Tanko Al-Makura, have officialy declared his interest to contest office of the national chairman of the ruling All Progressives Congress (APC) in the party’s forthcoming national convention. 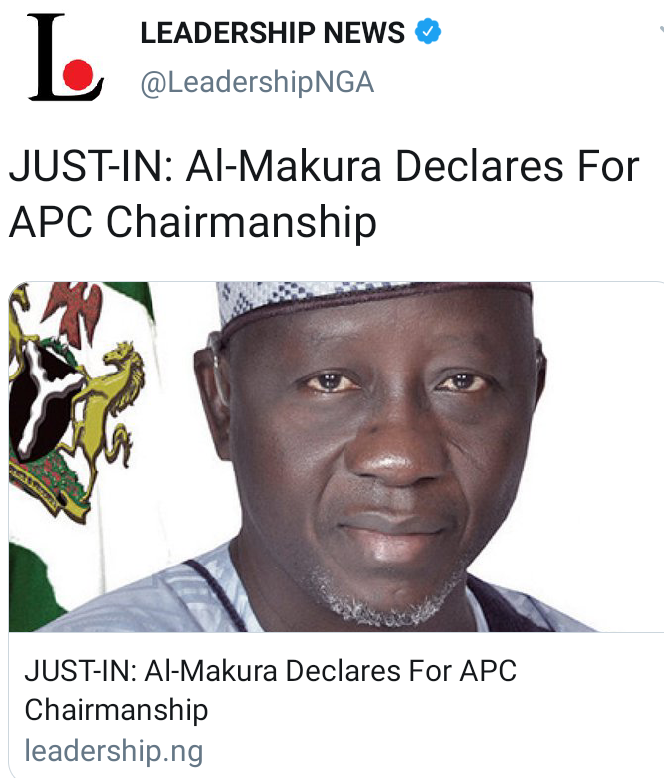 He said his desire to contest for the national championship of the APC was borne out of his conviction to safeguard the good tenets of President Muhammadu Buhari administration.