By Dabliz (self media writer) | 7 months ago 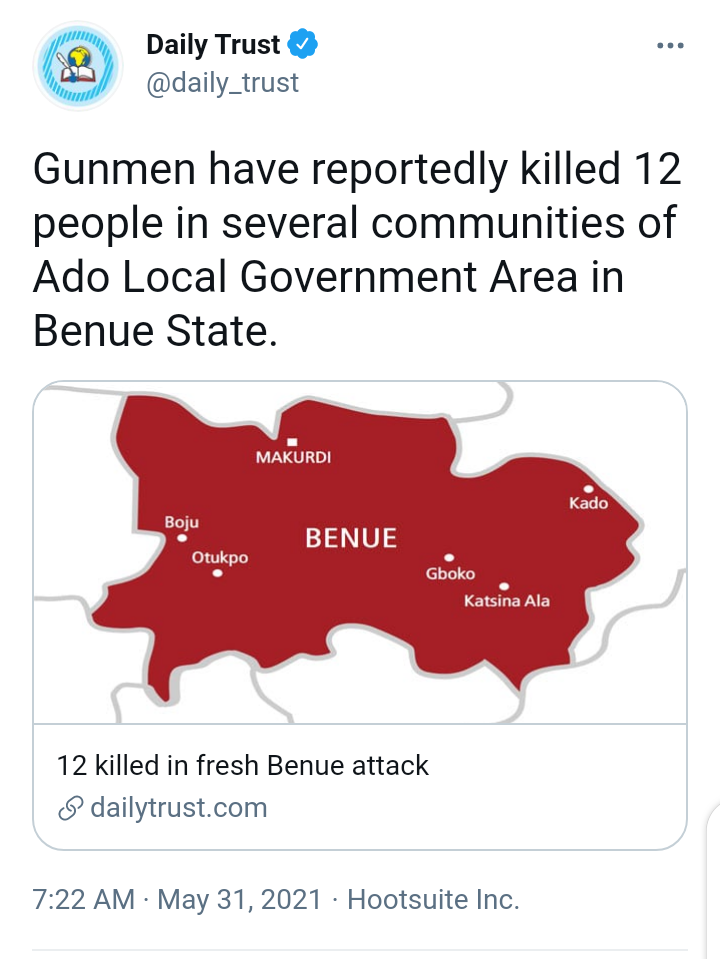 Witnesses said the attack on the communities was carried out simultaneously between Saturday night and early hours of Sunday in Tologa, Ndi-Obasi, Odoken all in Ekile Council Ward of Ijigban District, Ado Local Government Area.

Chairman of Ado Council, James Oche, told journalists in Makurdi on telephone that 12 people were killed during a coordinated attack on five villages in his area. 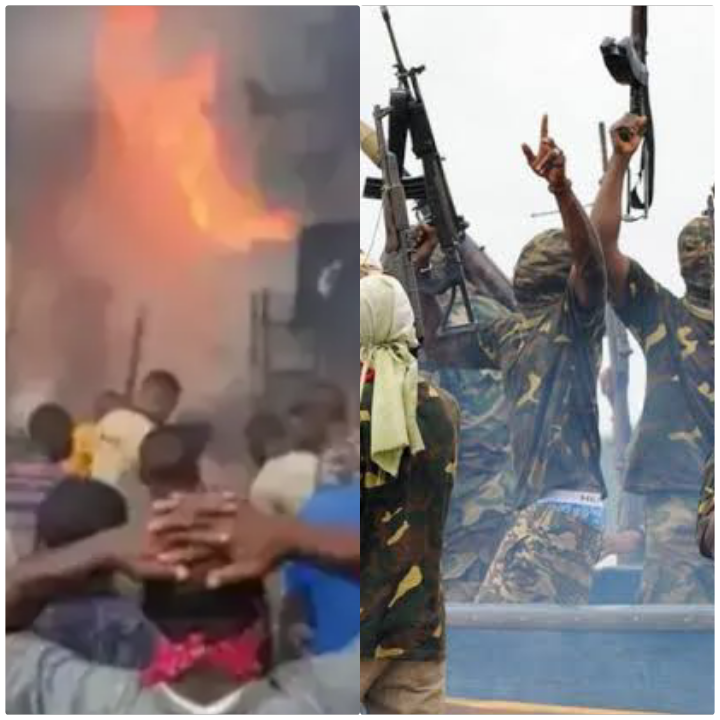 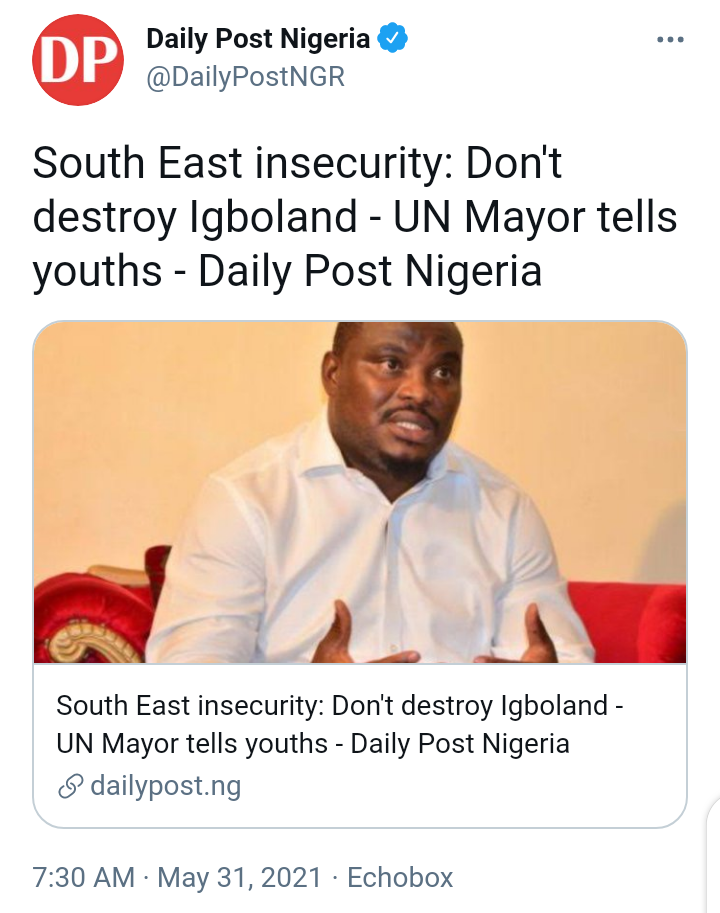 Rights Advocate and United Nations Mayor of Peace, Ambassador Lucky Igbokwe has urged youths across Igbo land to have a rethink and resist the temptation of being instrumental to the destruction of the Igbo nation.

Igbokwe gave the admonition in a statement made available to DAILY POST on Sunday night, against the backdrop of the attacks on security formation, its personnel as well government owned facilities by yet-to-be identified gunmen in the country particularly states of the southeast and south-south Nigeria.

The Abia-born UN Mayor lamented that the wanton and unwarranted attacks on security stations cannot be a sustainable path to equity and justice, adding that the civil unrest if allowed to continue would cause unimaginable harm than good, in the existence of Igbo nation and indeed, Nigeria as a whole. 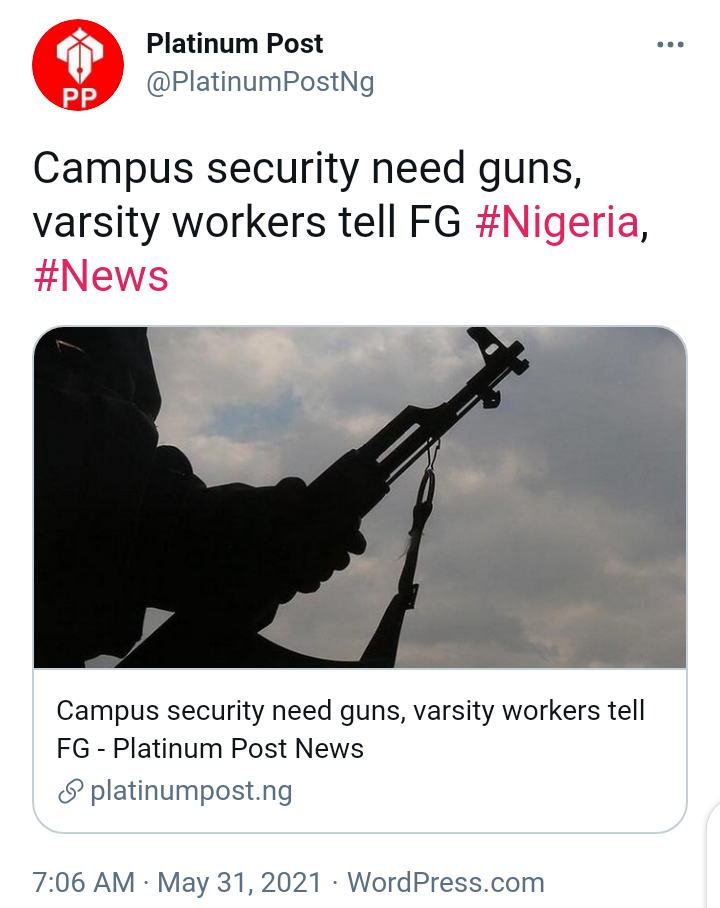 The president of the Senior Staff Association of Nigerian Universities (SSANU), Mohammed Ibrahim Haruna, says his members are no longer safe on campuses.

He called on the Federal Government to license the use of guns for local security men on various campuses to protect the institutions.

He was addressing newsmen in Abuja at the weekend after the National Executive Council (NEC) meeting of the association.

He said this would help all the established security agencies already overwhelmed with security challenges. 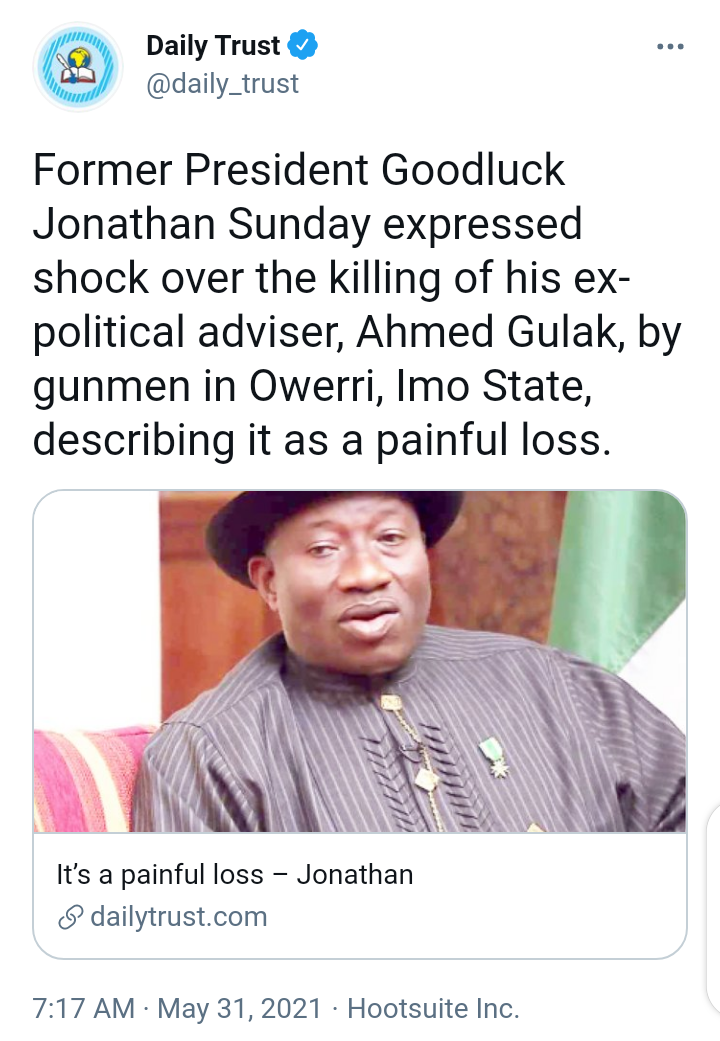 Former President Goodluck Jonathan Sunday expressed shock over the killing of his ex-political adviser, Ahmed Gulak, by gunmen in Owerri, Imo State, describing it as a painful loss.

He prayed God comfort his family and grant his soul eternal rest. 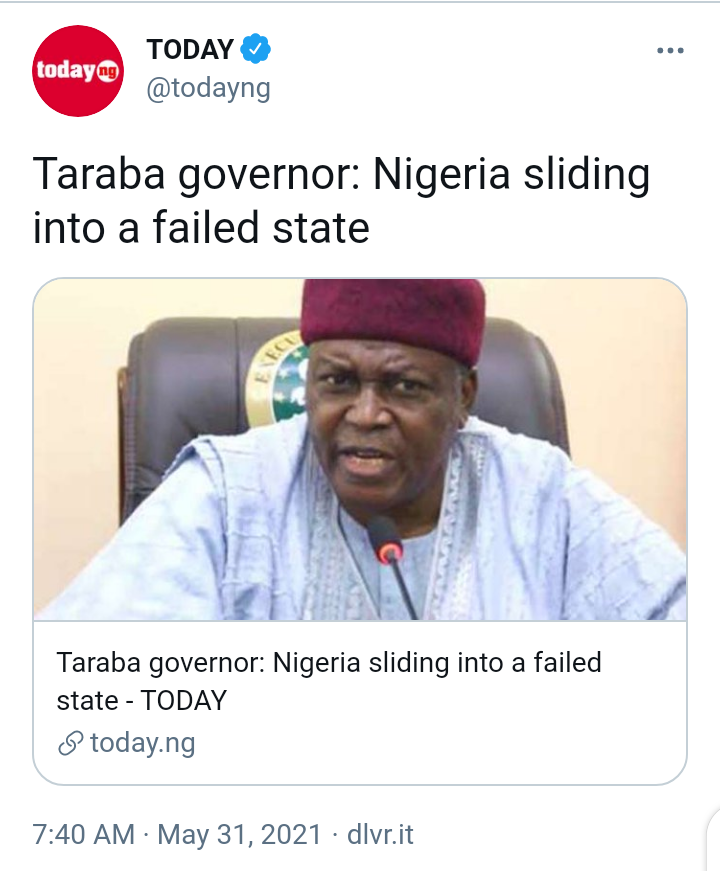 The Governor of Taraba State, Mr. Darius Ishaku, has raised an alarm that Nigeria is sliding very fast into a failed state.

Ishaku raised the alarm in Jalingo on Saturday during an interactive session with journalists to mark his sixth year in office.

He said that the increasing spate of insecurity across the country and the inability of the military and other security agencies to address the situation were indications of anarchy.

The governor described the inability of the Nigerian military to flush out insurgency, particularly in the North East of the country, as a national disgrace.