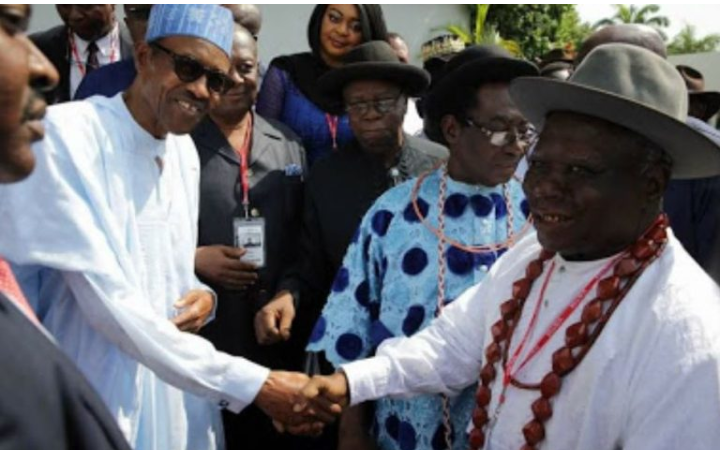 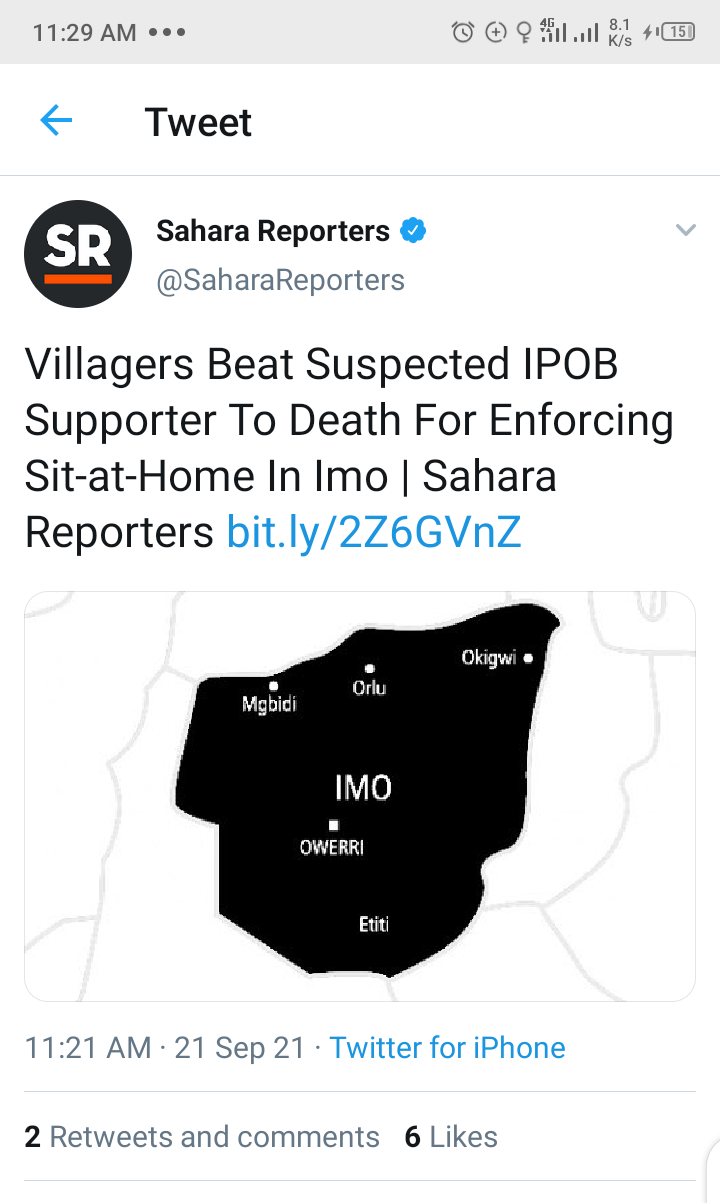 Residents of Oru Ahiaria in the Ahiazu Mbaise Local Government Area of Imo State beat to death a suspected supporter of the Indigenous People of Biafra (IPOB), Obinwanne Iwu, on Monday.

The villagers were reportedly infuriated because Iwu and the members of his gang were imposing on them a directive to close their shops and obey the sit-at-home order that had been suspended by IPOB. 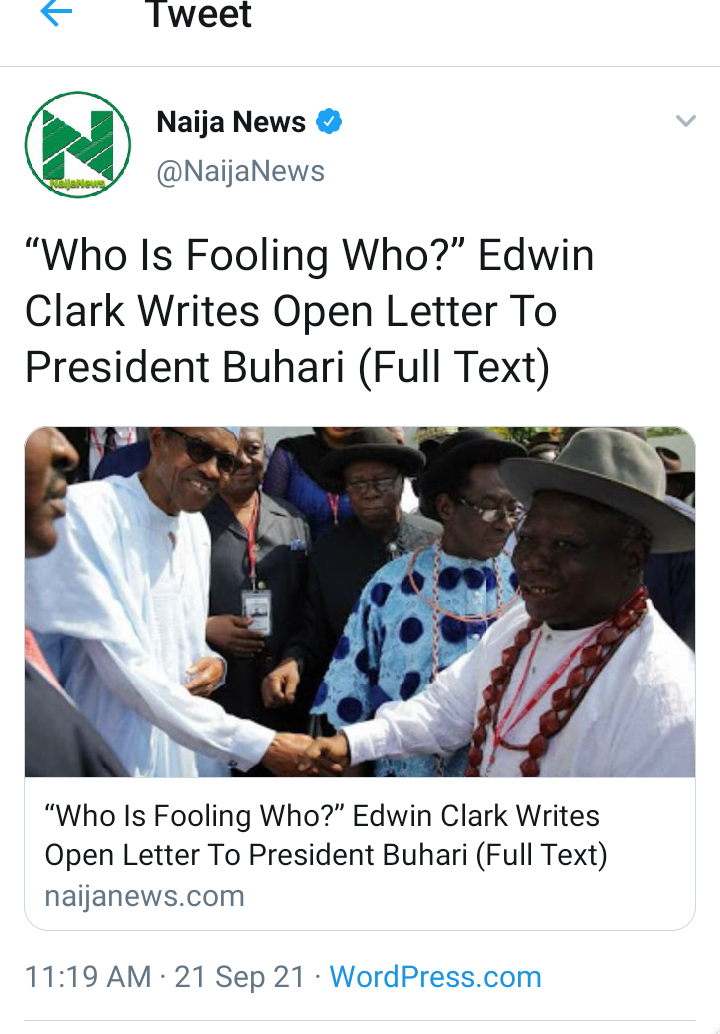 Elder statesman, Chief Edwin Clark has written an open letter to President Muhammadu Buhari, challenging the plans by his government to establish a naval base in Kano State.

Clark in his personally signed letter argued that the project is a misplaced priority as the funds could have been channeled to more viable efforts.

He added that though he has written many letters to the President, some close, others open, Buhari and his government has never deemed it fit to acknowledge, treat or act on the contents but for the sake of posterity, he would continue to make his mind known on issues that need him to speak up. 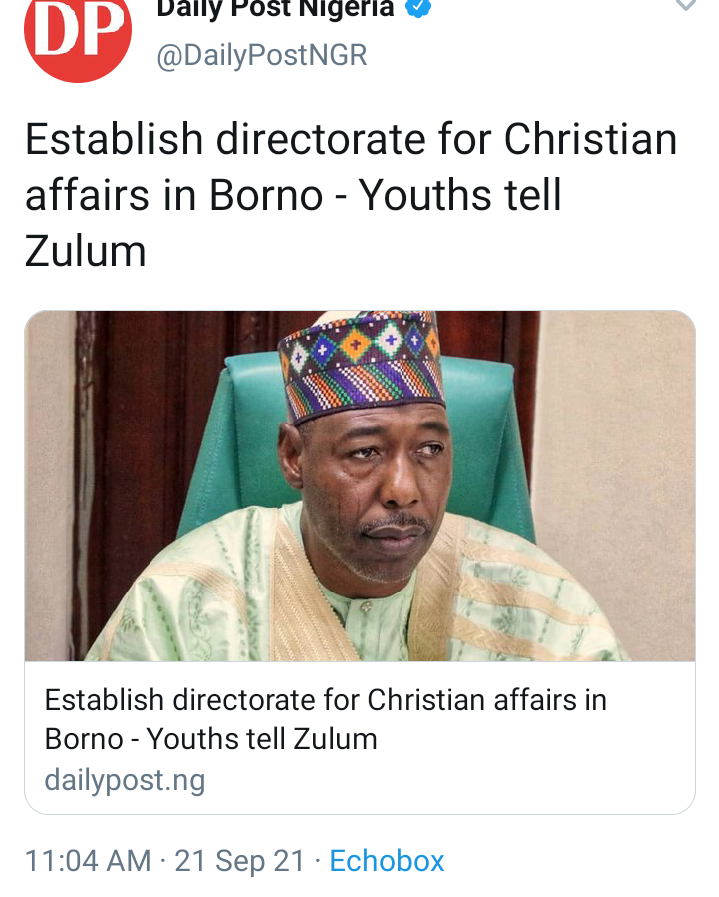 Christians in Borno State have demanded the establishment of the directorate of religious affairs in the state Ministry for Religious Affairs in order to oversee their activities as well as to have a voice.

The Christian Association of Nigeria (CAN), Borno State Chapter, also appealed to the Borno State Government to rebuild all churches demolished by the Borno Geographic Information System (BOGIS) recently.

CAN also appreciated the efforts of the State Governor, Professor Babagana Umara Zulum, for his prompt intervention in ensuring that justice prevailed as well as identifying with the family of the deceased, late Ezekiel Bitrus, who was shot dead by security attached to BOGIS when youths of EYN Church Maduganari attempted to stop BOGIS officials from demolishing the church.

Insights on VAT collection and distribution in Nigeria 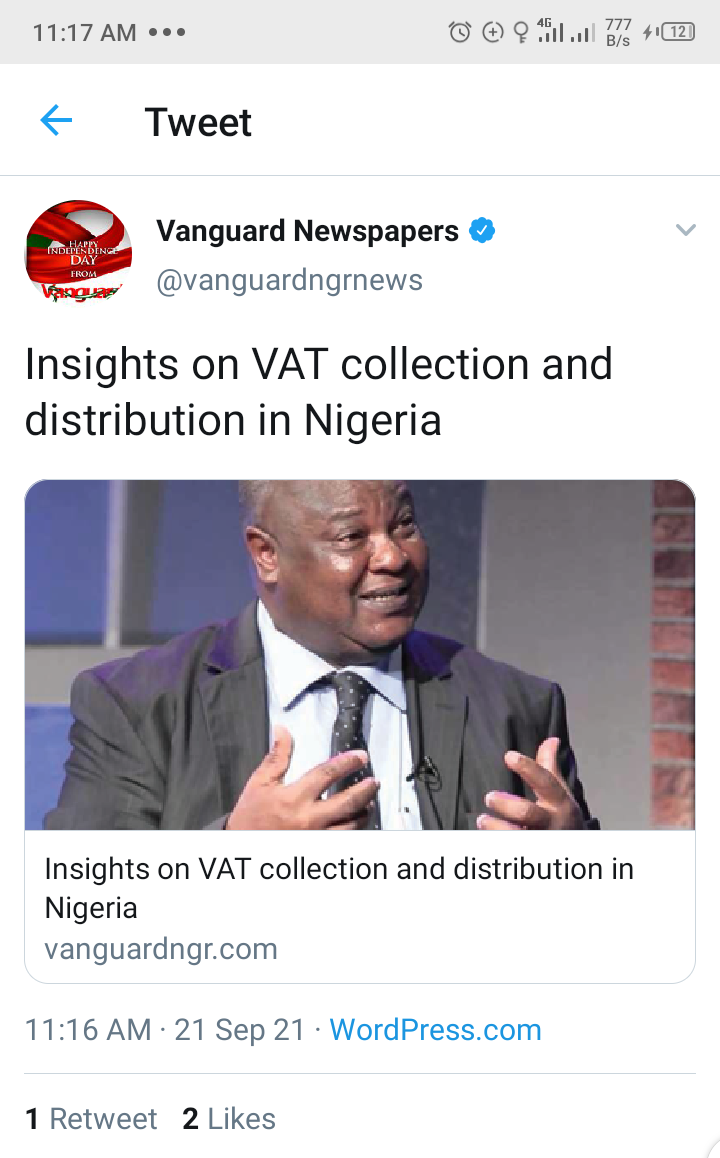 As some States lock horns at the courts with the Federal Government to assert their democratic collection and distribution rights on Value Added Tax (VAT), we seem to have lost our way on a journey we started some three decades ago. This piece contributes to our efforts to retrace our steps.

a. VAT on Intrastate/Intra-LG Transactions.