The father of the female Arabic student in the viral video breaks silence, shares his stand

By Newsn (self media writer) | 8 days ago 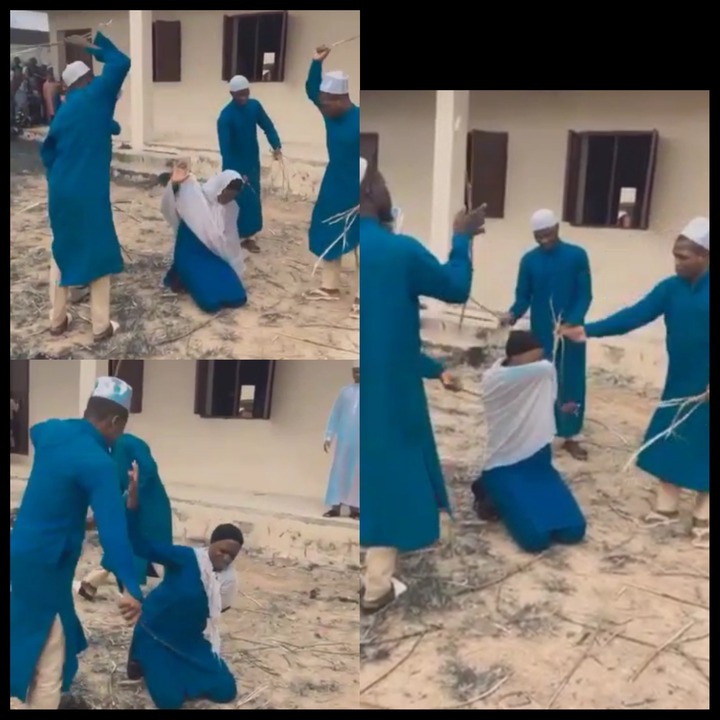 The father of the female Arabic student who was beaten mercilessly by four boys in the viral video has broken his silence as he revealed that he consented to the action taken by the management of Misbaudeen al Islami Arabic school, Ganmo, Kwara State to punish her daughter.

A video showing when a female student was being beaten mercilessly by some boys surfaced online, and during the investigation, it was revealed that it was the teacher of the Arabic school that the student attends that ordered the beating. However, after the video went viral, people have been condemning the act.

Reacting to the incident, the father of the female student, Yunus Olarenwaju, during an interview with BBC Pidgin, confirms that he was the one who instructed the school authorities to dish out the necessary punishment to his daughter after he received a video which showed how his daughter consumed alcoholic drinks while partying with some boys.

"I was the one who informed the school about the incident, and I requested that she should be given the appropriate punishment. I also insist that I must be present when the school management wants to carry out the punishment", the father maintained.

They say spare the rod and spoil the child, but when the rod is ditched on a child brutally, it becomes child abuse. The act that occurred in the viral video has gone beyond an attempt to instill discipline in a child.