A man identified as Ayuba Yusuf showed how kind he is as he returned the sum of N100,000 forgotten inside his tricycle by a passenger. Mr Ayuba Yusuf carried the passenger on October 19 around 6:45pm after she begged him to help her and her as it was getting close to the 7pm closing time fixed by Kaduna State Government.

When Mr Ayuba got home, he saw a bag which was forgotten by the woman inside the tricycle and when he opened it, he saw clothing materials, cosmetics and the sum of N100,000. 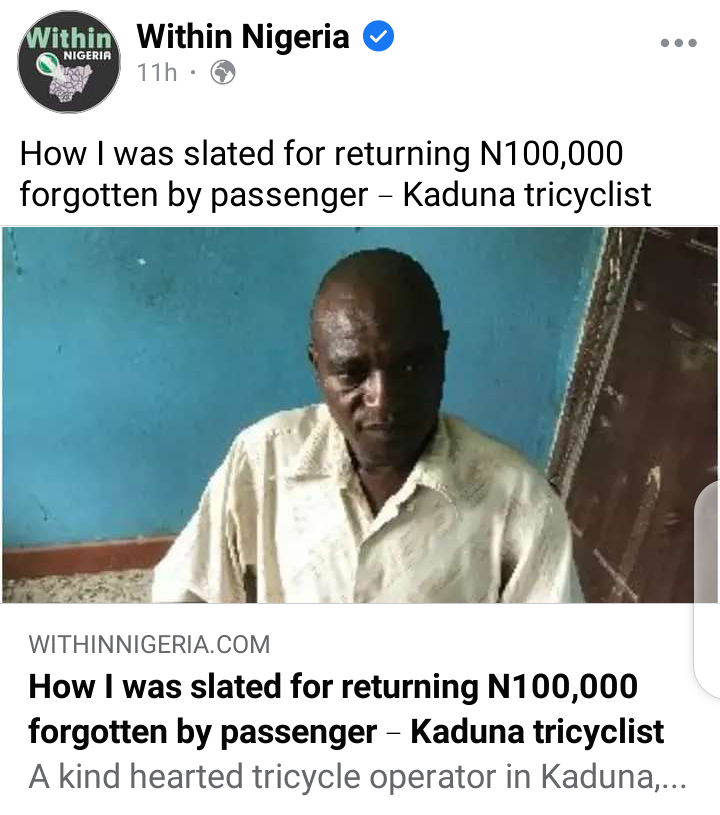 Mr Ayuba resolved in his heart that he was not going to touch the bag. He told his wife about it and they decided to listen to the radio if any announcement on missing bag would be made. The woman who misplaced the bag went to Liberty Radio in Kaduna State to make the announcement and when Mr Ayuba's wife heard it, she told her husband about it.

Mr Ayuba returned the money to her and as a way to show appreciation, she gave him N10,000 from the money but he rejected it. Those present at the Radio Station convinced Mr Ayuba to collect the N10,000, but instead he collected only N4,000 and gave others who were present the balance N6,000 to share. 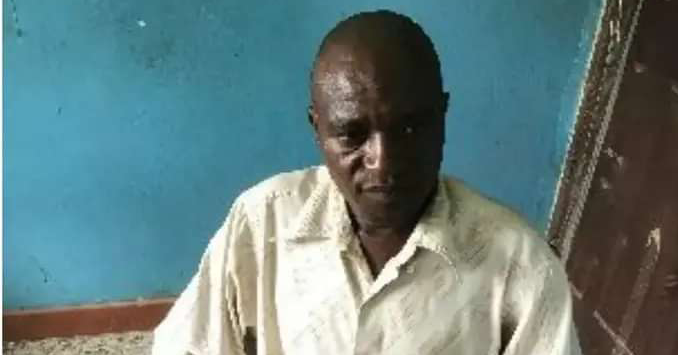 Mr Ayuba said although some lauded his sense of honesty, others castigated him and called him names when he said he was going to find the owner of the bag. He said he was told that it is senseless to return such an amount of money in this hard times.

I believe there are some few things to learn from what this man did, who did not thought of collecting the money despite the fact that he needs it to take care of his wife and his four children.

1. Don't follow what others would say when you know you are doing the right thing: What most people fail to know is that anything that is not yours which is acquired through illegal means will never last. This man did not listen to those who called him all sorts of names, he decided to return the money and stood by his word.

What this teaches us is that no matter what others say, what is bad can never turn to good.

2. God has a way of blessing honest people: Honesty pays and when the reward comes, it will be visible to all.

What do you have to say concerning what this man did? Would you have done the same thing?