We Boarded A Bus Going From Lagos To Warri, But Found Ourselves In Front Of Guru Maharaji- Passenger

It's no longer news that insecurity has been a major problem in different parts of the country. Recently, different cases of abduction have been reported. For this reason, a lot of Nigerians are scared of traveling.

However, in a viral video that surfaced online, passengers of a bus narrated how they boarded a bus from Ojota park in Lagos state but found themselves in front of Guru Maharaj in Ibadan.

One of the Passengers, identified as Shola, said that they bus was boarded inside the Ojota park. He explained that 5 passengers boarded the bus, and only two of them didn't fall asleep. Shola noticed only himself and a woman were awake. 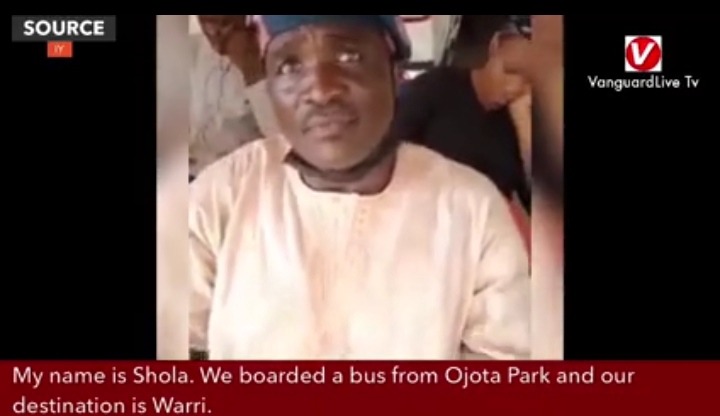 Speaking further, Shola said he suddenly noticed that they were in front of Guru Maharaj's temple at Ibadan. He went on to say that the driver wanted to pick up another person waiting on the other side of the road, but he refused. After that, Shola said the driver made a U-turn on one way, and they started dragging the stirring with him. During the struggle, Shola said the driver drove them into a village, but he was able to remove the car key. After the whole incident, Shola said they called Amotekun to their rescue.