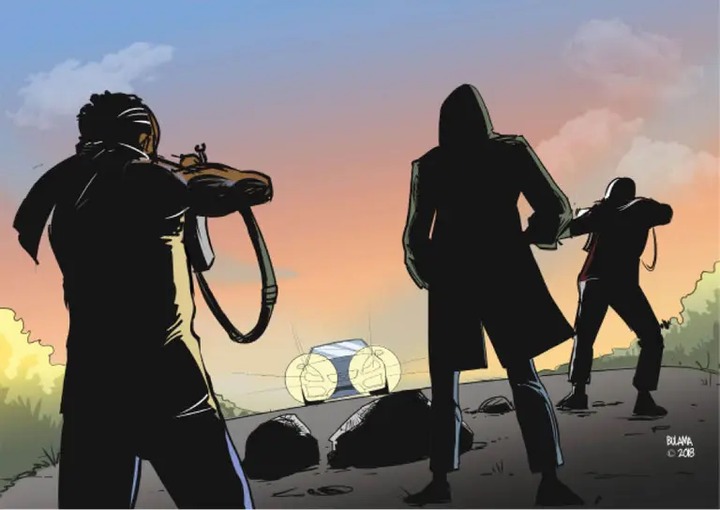 Kidnappers who have been said to operate in Bayelsa, supposedly kidnapped Tari Ajanami, the owner of a Club called Club 64, which according to sources, is a popular nightclub in the area of Yenogoa, Bayelsa state capital. However, in response to those who keep seeking the victim with the ransom, the kidnappers seized them and released the initial victim. According to sources, his wife, Christiana, a 38-year-old lady, and her 74-year-old father were seized by the victims as they came to secure the release of the victim.

Sources claim that the kidnappers had earlier demanded the sum of N200 million as ransom in exchange for the club owner. However, they got N15 million.

The club owner was said to have been arrested last month, while he was at a building site for inspection, along the Otiotio area of Yenogoa. And though the 43-year-old was released by the kidnappers on Thursday, he was replaced by his wife and father in law, in the Ahaoda Local Government Area of Rivers State.

Reports published by Daily Trust had earlier revealed that the demanded ransom was Secretly paid to the abductors as demanded. Unfortunately, the bargain turned sour when the kidnappers insisted on the completion of the N200 million.

A source close to the family of the victims decided to remain anonymous but have been able to disclose details about the unfortunate incident. It was stated the abducted wife of the initial victim, is currently suffering from high blood pressure and was not with her drugs when she was abducted.

“You know N15 million was taken at the ransom exchange point. The kidnappers collected the money and maybe held on to the wife and her father to demand more money from the victim. We plead with the kidnappers to tamper justice with mercy," the source claimed.

The police spokesperson of the state was said to have been contacted by Daily Trust, however, SP Asinim Butswat, stated that the command is yet to get a break on the case and therefore has no latest report on the incident.

"Before the businessman was abducted, the 80-year-old Madam Betinah Benson, mother to the Secretary to Bayelsa State government, was kidnapped in Yenagoa.

It has not been confirmed if the octogenarian politician’s mother has been released," daily trust claims.