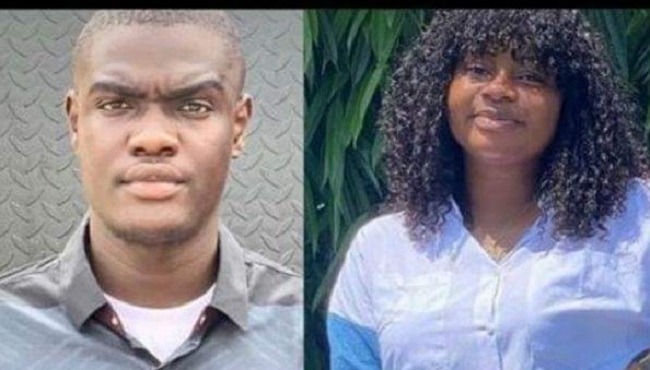 According to a news that was posted by the Nigerian Tribune yesterday evening, it has been alleged that one of the students of Delta State University, who fell victim of kidnappers, Mr Divine Omajuwa, has narrated how himself and his girlfriend, Ms Hamza Jennifer were abducted and how his friend, Late Stephen Odje was killed in the process.

According to what he said, he made it known that the three of them were on their way to Abraka from Warri, when his Lexus car was attacked by the kidnappers, who had earlier missed the person they wanted to kidnap before swooping on them out of anger.

Divine narrating the ordeal said that, he travelled with Jennifer to Warri while his late friend, Stephen also travelled to Warri separately and while they were planning to return, Stephen called him over the phone and told him that he would be joining him back to Abraka

However, while they were approaching Abraka, they saw a vehicle parked at the middle of the road and they all thought that it was an accident, not knowing that the kidnappers used the vehicle to block the road.

Unfortunately, while he was trying to reverse his car after they saw the kidnappers, they shot sporadically at them and along the line, Stephen who was sitting at the back seat was hit by bullet and after the kidnappers came for them and saw that he was already wounded, they left him alone inside the car and took them inside the bush.

It was after they were kidnapped that the kidnappers told them that, they were not their initial target, as they said their target escaped because, they were distracted by a truck that was carrying farmers

Omojuwa claimed that the kidnappers released him and his girlfriend after they negotiated with his dad over the phone.