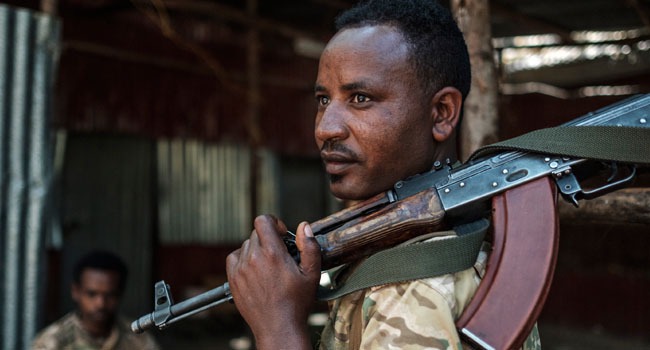 Heavy shelling struck the capital of Ethiopia’s Tigray region on Saturday, the local government and humanitarian sources said, as the city of half a million braced for an attack against leaders of the regional ruling party.

Ethiopia’s military “has started hitting with heavy weaponry and artillery the centre of Mekele”, the local government said in a statement carried by Tigrayan media — a claim confirmed by two humanitarian officials with staff in the city.

“The Tigray regional state calls upon all who have a clear conscience, including the international community, to condemn the artillery and warplane attacks and massacres being committed,” the statement said.

More than three weeks of fierce fighting has left thousands dead “including many civilians as well as security forces”, the International Crisis Group said Friday.

Tens of thousands of refugees have streamed over the border into Sudan, and rockets launched from Tigray targeted the capital of neighbouring Eritrea for a second time Friday night, exacerbating fears the conflict could draw in the wider Horn of Africa region.

The Ethiopian army said Saturday it would take control of Mekele “within a few days”, according to a report from state-affiliated Fana Broadcasting Corporate. 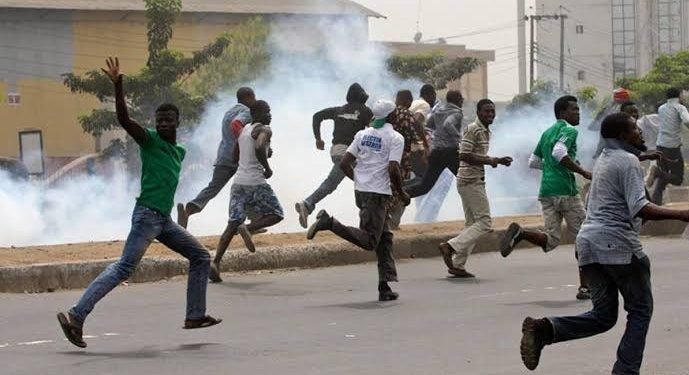 Tragedy has struck Ikere-Ekiti, the second largest town in Ekiti, after gunmen suspected to be herdsmen murdered a cleric, Rev’d Johnson Oladimeji along Igbara-Odo- Ikere-Ekiti road.

Rev. Oladimeji was murdered on Friday evening beside the Bamidele Olumilua University of Education, Science, and Technology in the town.

The Nation gathered the incident occurred around 5 pm when the gunmen, who were hiding in the forest along the road, waylaid his vehicle and shot sporadically at his vehicle in an attempt to stop the driver.

The cleric was hit by some of the bullets that rained at his vehicle.

A source close to the deceased, who spoke on condition of anonymity, said the family members had launched a search for the pastor before his body was found in a pool of his blood in his car with gunshot wounds.

The source said: “The man was returning from Osun state on Thursday evening and decided to make use of the Igbara-Odo route to Ikere-Ekiti when he was ambushed and shot dead by gunmen in the evening.

” After series of calls to his phone numbers with no response, members of the church decided to start searching for him and he was found dead this evening (Friday) in his car along the road close to the University of Education and Technology in Ikere-Ekiti.”

The source explained the incident was reported at the Igbara-Odo police station before his corpse was evacuated to the morgue.

Confirming the killing, President of Ekiti Baptist Church, Rev’d Adeyinka Aribasoye, said the deceased was killed while returning from Ipetu-Ijesha in Osun.

According to him: ” The incident is synonymous to a kidnapping case that went wrong, maybe he refused to stop for the abductors thus making them open fire on him.

But, when contacted, the Police Public Relations Officer, ASP Sunday Abutu, said the command was not aware of the incident. 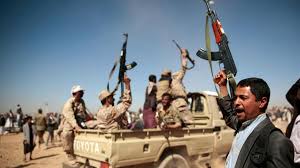 Thirteen fighters were killed in an exchange of artillery fire between pro-government forces and separatists in the southern province of Abyan, military sources told AFP on Saturday.

The Southern Transitional Council lost eight men, including two officers, and six others were wounded late Friday in the latest outbreak of violence between the nominal allies in Yemen’s civil war, an STC source said.

A military source on the Yemeni government side said that five fighters from its ranks were among the dead.

The STC is a separatist organisation that wants the south to secede from the rest of the country, even while it is allied with the central government in a fight against their common foe, the Iran-backed Huthi rebels, in Yemen’s civil war.

The separatists announced in August their withdrawal from talks on a power-sharing deal with the Saudi-backed and internationally-recognised government.

The deal struck in Riyadh in November 2019 was designed to mend a rift between allies in the war since 2014 against Huthi rebels who have seized much of Yemen’s north.

Tens of thousands of people, mostly civilians, have been killed and millions displaced in Yemen’s conflict which has triggered what the United Nations has called the world’s worst humanitarian disaster. 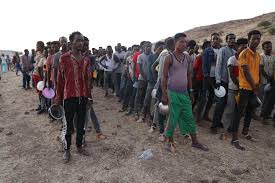 Sudan needs $150 million in aid to cope with the flood of Ethiopian refugees crossing its border from conflict-stricken Tigray, the UN refugee agency chief said Saturday during a visit to a camp.

The Tigray conflict broke out on November 4 between Ethiopia’s federal forces and leaders of the region’s ruling party.

Sudan has since hosted more than 43,000 Ethiopian refugees fleeing from the intense fighting into one of its most impoverished regions.

Grandi called on “donors to provide Sudan with these resources as soon as they can”.

Between 500 and 600 refugees are still crossing the border each day.

Sudan has sought to provide help to accomodate the mass refugee influx as it struggles with its own deep economic crisis.

The country is also going through a fragile transition since the April 2019 ouster of veteran strongman Omar al-Bashir, after unprecedented mass protests against his rule, triggered by economic hardship.

Some 65 percent of Sudan’s nearly 42 million people live below the poverty line, according to government figures.

As the Tigray fighting rages, Grandi also voiced concern over the fate of tens of thousands of Eritrean refugees living in Ethiopia for decades.

“We don’t have access to them,” he said, urging the Ethiopian government to authorise visits by the United Nations. 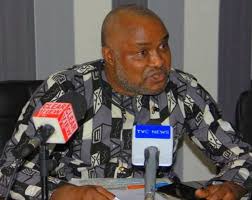 The Human Rights Writers Association of Nigeria, on Saturday cautioned the heads of security forces and the Armed forces against allowing themselves to be used for political witch hunt of leaders of the Ebonyi State chapter of the Peoples Democratic party.

HURIWA, a frontline activist group identified the PDP chieftains to include, the past and current National Assembly members.

The group also accused the Ebonyi State Governor, Dave Umahi of playing political pranks with serious national security issues by attempting to rope in some PDP chieftains into a phantom allegation of funding cultists to foment crisis in the state.

HURIWA spoke against the backdrop of Umahi’s accusations against some PDP leaders who refused to cross carpet to the All Progressives Congress, APC, with him.

However, a statement by the group’s National Coordinator, Emmanuel Onwubiko said Umahi should be called to order.

According to the statement, “The police and the military are still battling to clean up the bad image. Let the Ebonyi State governor not be allowed to drag the heads of the nation’s armed forces into partisan politics and thereby scuttling their professional and institutional pride of place.

“Umahi can not be the judge and prosecutor in his own case. He can’t be allowed to use what he even admitted to be fake news to accuse innocent Nigerians of sponsoring armed cultists to destabilize peace in Ebonyi State. Is he the Chief of defence staff or is he the Commander in chief of the Armed forces that he now determines who gets police security or not?”