By Alrasad (self meida writer) | 6 days

Nigerian televangelist, general overseer and senior pastor of Omega Fire Ministries has sparked up reactions on the popular micro bloggingg site after he prayed for the protection and release of the remaining 17 students of Greenfield University Kaduna in bandits' captivity. Recall that today is the last day the bandits gave to the parents of the abducted 17 students after they had killed five of the twenty-two in batches over a week. They later dumped their bodies close to the institution and this has gotten lots of Nigerians worried about the safety of those still in captivity.

Eventually, their fears have been justified after the leader of the bandits Sani Idris Jalingo aka Baleri threatened to kill the remaining abducted students should the parents fail to raise another ₦100m to augment the initial ransom of ₦55 million. Baleri made this threat in an interview with the Voice of America(VOA) Hausa via a recorded audio clip which last for three minutes.

According to Baleri, he said affected parents had paid them ₦55 million ransom and that they had used it to feed the abducted students. He also disclosed that they presently have 15 females and 2 males in their captivity. He said the son of the late Emir Shehu Idris whose name is Hamza was among those still in their captivity.

Speaking further, he said they are aware of Governor Nasir El-Rufai's ranting that he would not pay any kidnapper or bandit a kobo. El-Rufai even warned that if anyone of his family members is kidnapped, he would not pay a kobo to set free, Baleri said.

Moreover, he said they killed the five students to show how serious they are to the public. When asked if he is a hoodlum, he was hesitant and said he is not a criminal, but just living to survive.

Perturbed by the threat of the bandits to kill those 17 students still in their hands, Apostle called on Nigerians to join him in prayer Greenfield students.

"Let's pray for #Greenfielduniversity students. Let the Lord preserve them. Let the angels of the Lord reactivate(Acts 12)and set them free in Jesus name."

But Nigerians react differently to Suleman's request. Most of them said that it has gone beyond prayer point, but it is time for every Nigerian to armed to the teeth and fight our common enemies. They said there are things prayer cannot solve particularly the present situation. One of the commenters asked Apostle Suleman to sell of one his jets to pay for the ransom. 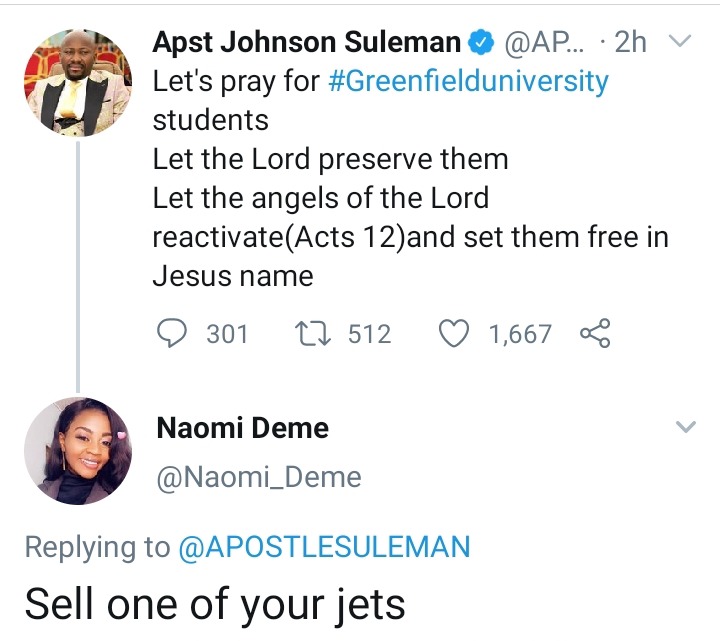 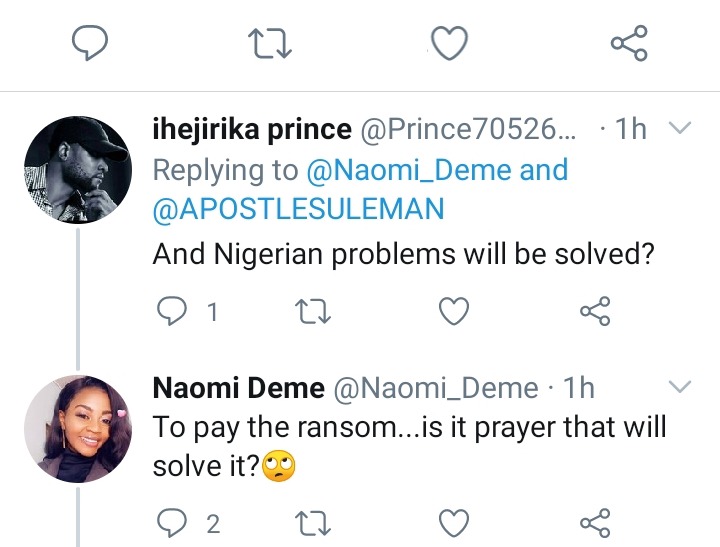 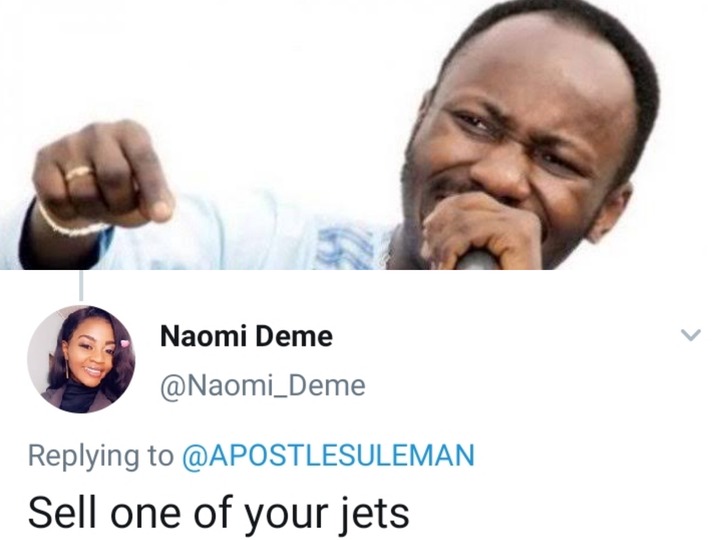 Read more reactions below that show that Nigerians do not believe prayer can end banditry or kidnapping. 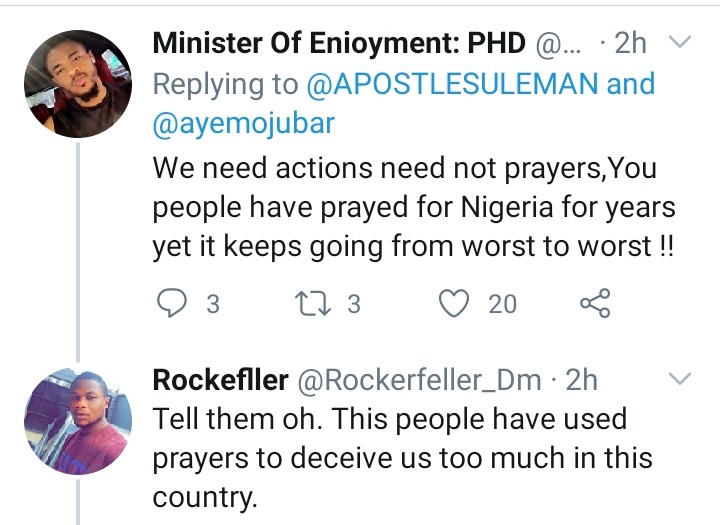 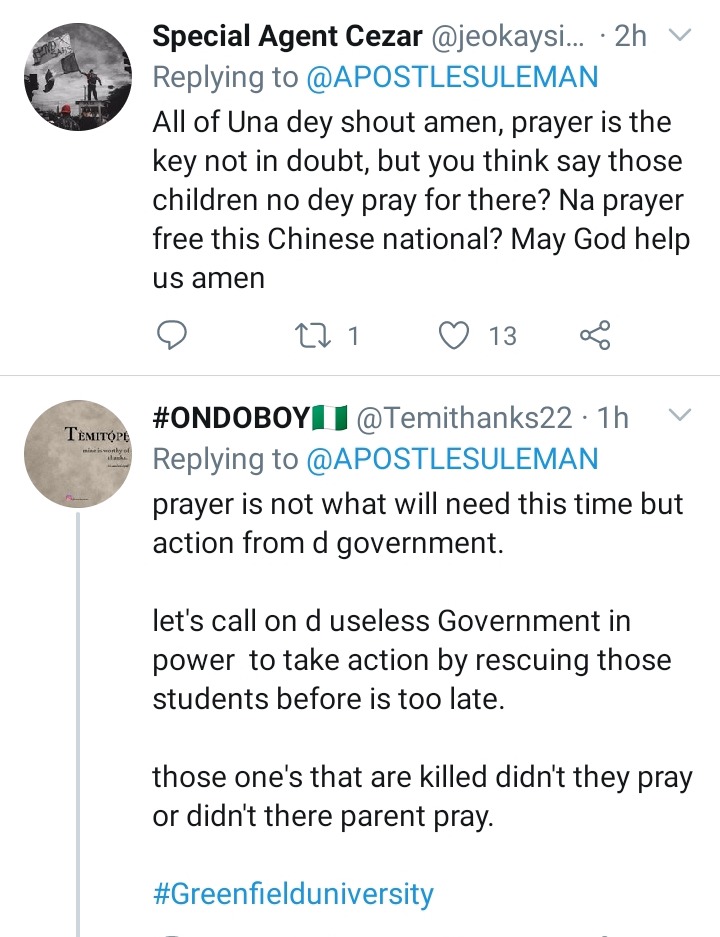 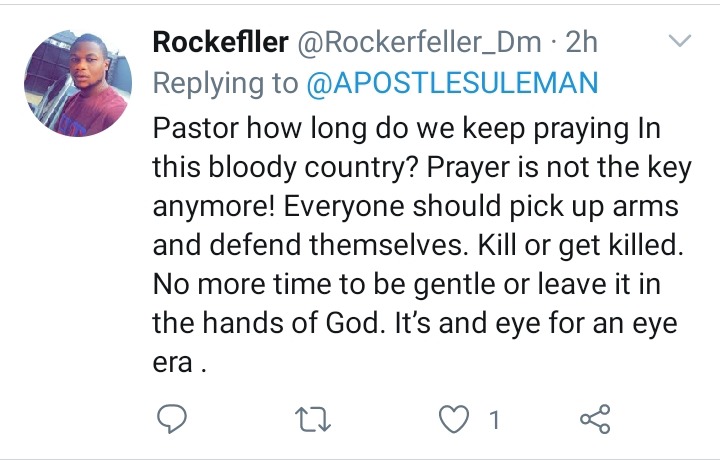 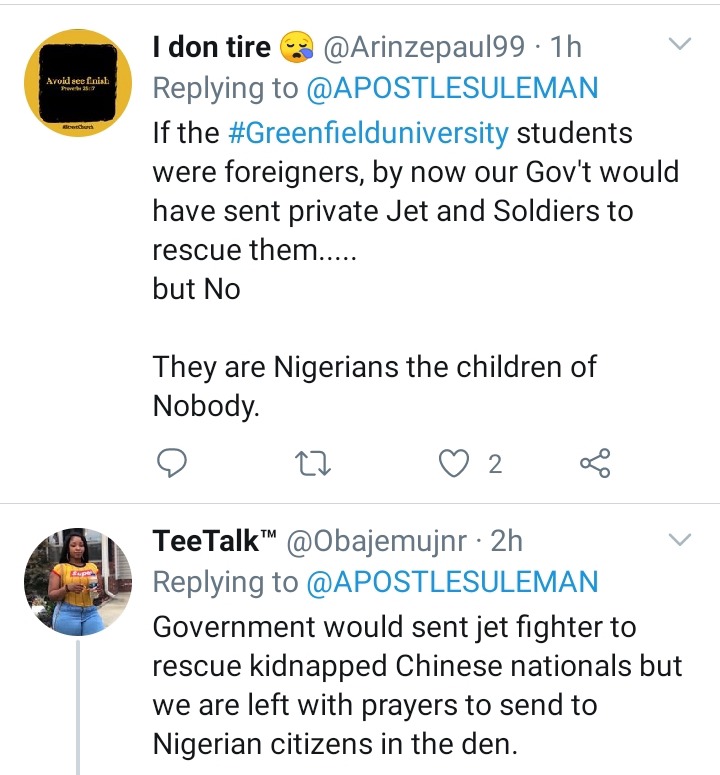 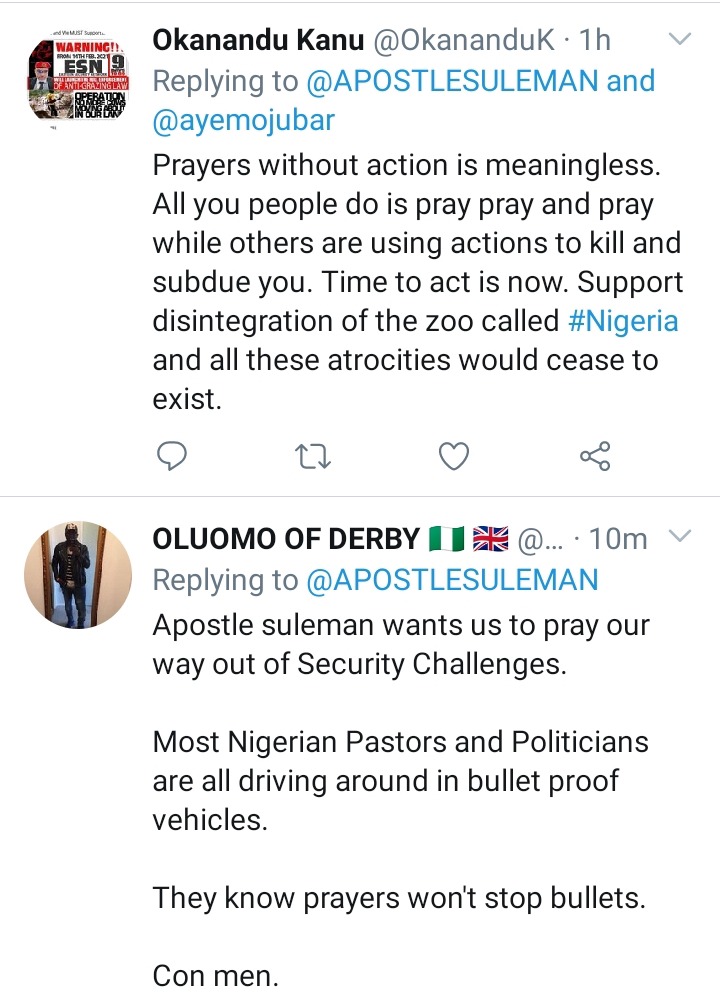 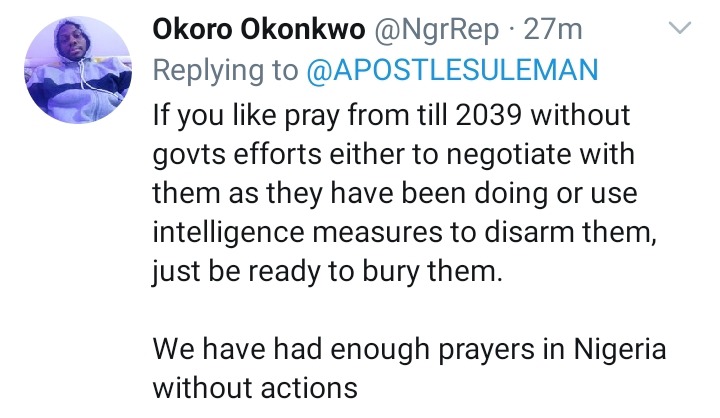 What is your take on this? Don't you also believe prayer can set the abducted students free from captivity?

“Humans, Cows And Everything Of Life Deserve To Live” — Garba

Abdulsalami Abubakar Speaks, After He Was Linked With Bandits & Other Terrorists' Groups.