By Lilamzzy (self meida writer) | 15 days 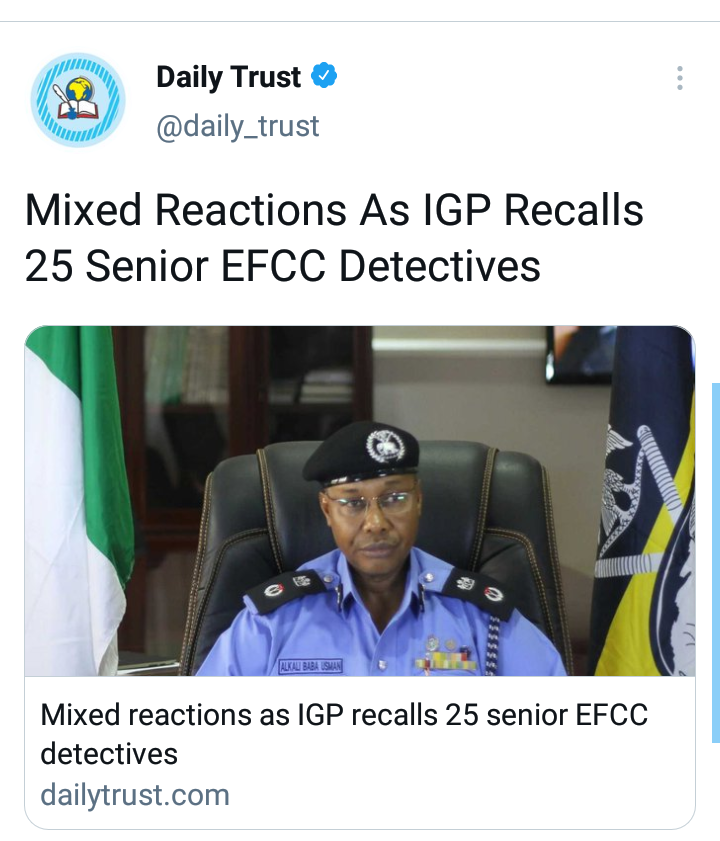 A directive by the acting Inspector General of Police (IGP), Usman Baba Alkali, to withdraw 25 key detectives attached to the Economic and Financial Crimes Commission (EFCC) has generated mixed feelings among insiders in the commission and stakeholders over likely implication of the action on the commission’s operations.

The IGP had in a letter dated April 15, asked the Chairman of EFCC, Abdulrasheed Bawa, to release all senior officers from the rank of Chief Superintendent of Police (CSP) and above who are attached to the commission. 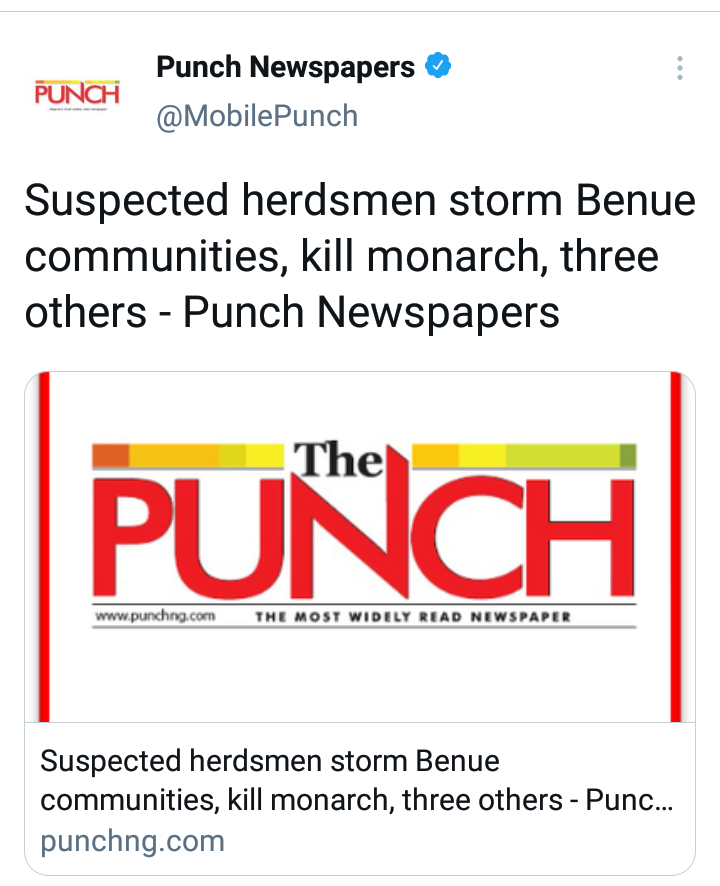 Four people, including a traditional ruler, have been killed by suspected herdsmen in separate attacks on two local government areas of Benue State.

Two people were reportedly killed in Guma and another two in Makurdi LGAs.

It was gathered that the traditional ruler, Chief Hyacinth Ajon, and a man, Benjamin Anakula, were killed on Wednesday in Tse Zoola, in the Makurdi council.

The two other people were also killed on Wednesday in the Mbayer-Yandev in the Guma LGA. 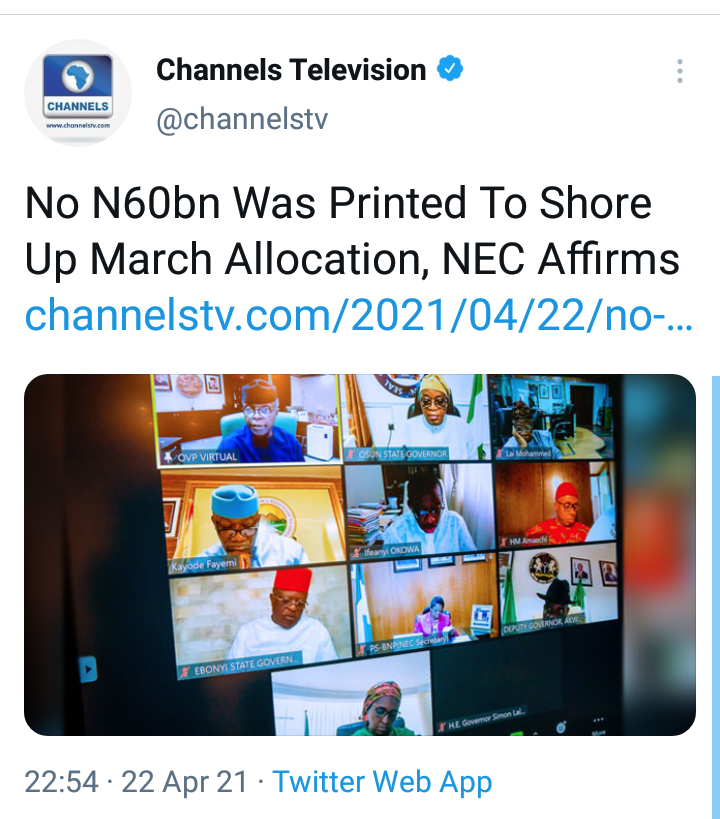 The National Economic Council (NEC) has affirmed that there was no printing of N60 billion or any other amount whatsoever to shore up allocation for the month of March.

This was the position of the state governors after a critical review of the claim during the NEC meeting chaired by the Vice President, Professor Yemi Osinbajo, on Thursday. See screenshot of what he said; 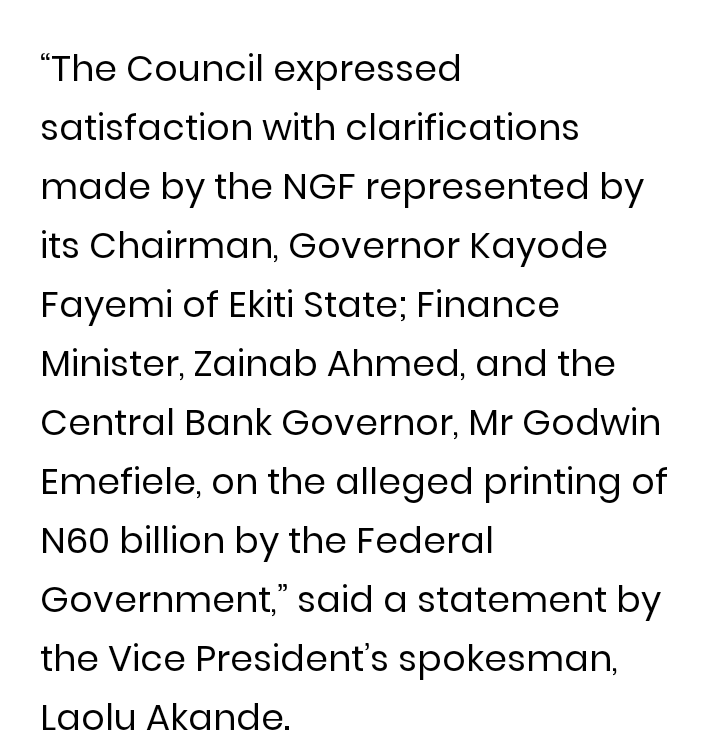 In their remarks, the minister and the CBN governor informed the Council that the allegation of the printing of money to augment allocation was outrightly false. 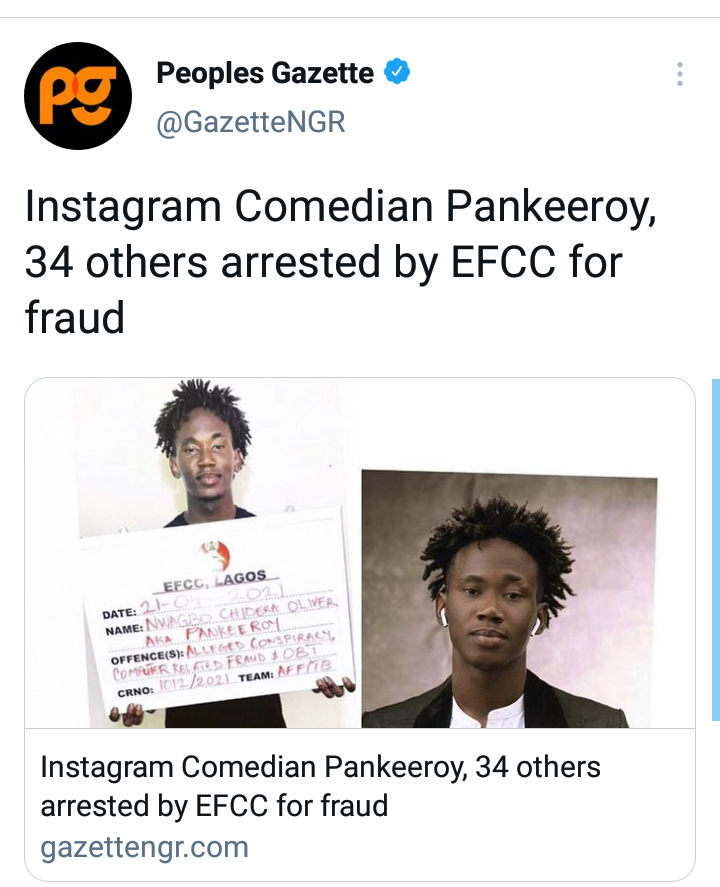 The Economic and Financial Crimes Commission (EFCC) has arrested an Instagram comedian and social media Influencer, Nwagbo Oliver Chidera, popularly known as Pankeeroy, alongside 34 others over internet fraud.

The commission disclosed in a statement that the operative of Lagos Zonal Office of EFCC arrested them on Wednesday, April 21, 2021 at their hideout in James Court, Lekki, Lagos, following verified intelligence received by the Commission about their criminal activities.

I Would Have Resigned If I was Pantami- Wike 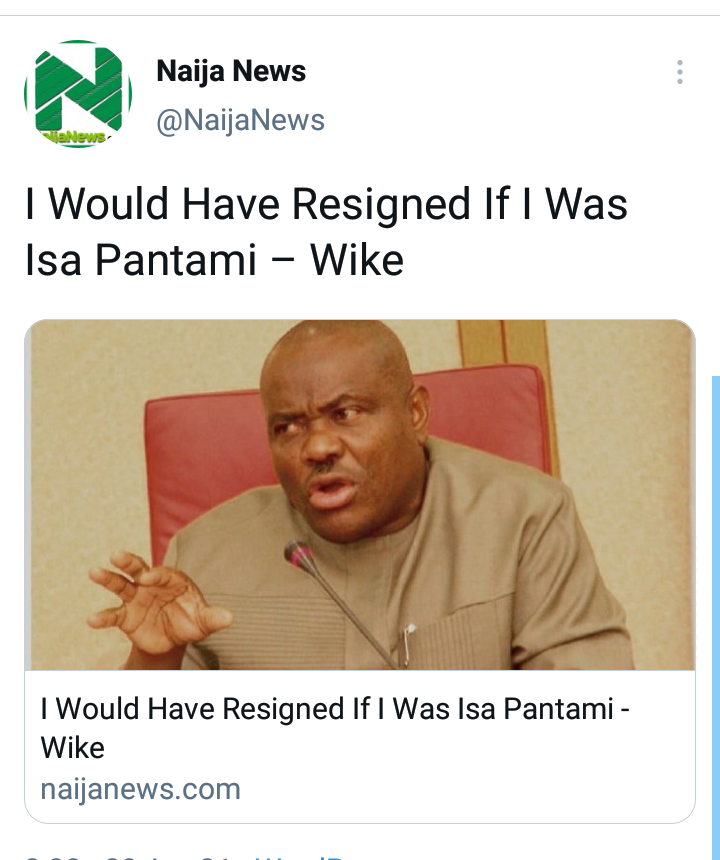 In a series of post on his Twitter handle, Wike stated that he would have resigned if he found himself in the situation of Pantami. See screenshot of what he said; 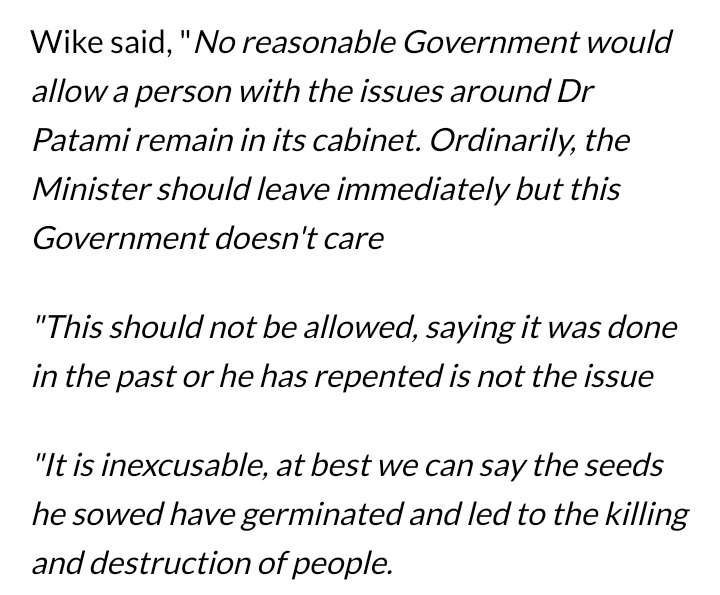 According to the Rivers governor, it is unreasonable for Pantami to still be a member of the Federal Executive Council. 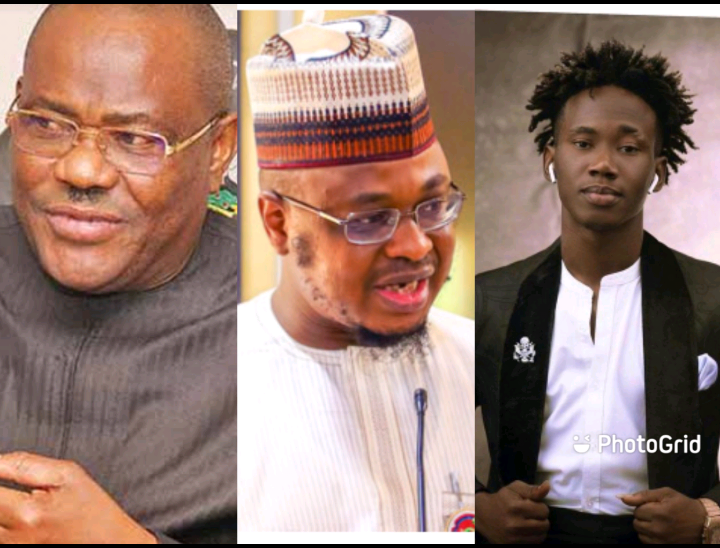 Content created and supplied by: Lilamzzy (via Opera News )