In a bid to confiscate motorbikes plying the major highways and restricted routes in Lagos, the operatives of the Lagos State Environmental and Special Offences Unit, also known as Lagos Task Force, in a Thursday afternoon raid at Ajao Estate, Airport road, in Lagos clashed with commercial motorcyclist, popularly called Okada operators, which led to the death of a police officer and unrest in the arear.

Residence of the ever-busy Ajao Estate revealed to newsmen in Lagos that the trouble started when operatives of the Lagos State Environmental and Special Offences Unit swooped on Okada operators in the arear, which led to seizure of their bikes and also forcing the Okada operatives into black Marias.

The clash caused pandemonium within the Ajao Estate axis on Thursday afternoon, as a result of The continuous seizure of motorbikes by the Taskforce, which also attracted other Okada operators and tout in the neighbourhood who launched a counter attack, that led to the painful death of a police officer in the arear.

Cross section of the scene of the pandemonium; 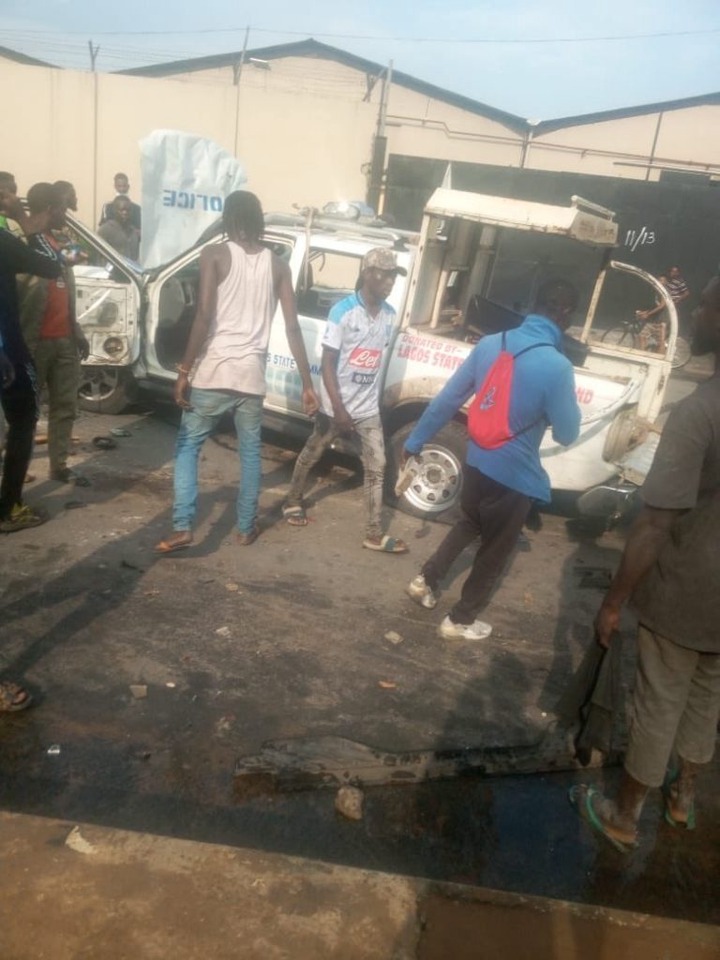 Meanwhile Vanguard had on Thursday Evening reported that the Lagos State Environmental and Special Offences Unit (Task Force), impounded a total of 410 motorbikes in one week of plying prohibited routes in Lagos. While giving the breakdown of the figure, the Chairman of the Lagos State Task Force, CSP Shola Jejeloye, revealed that 300 motorbikes were impounded on prohibited routes last week, while the rest were seized on Wednesday. 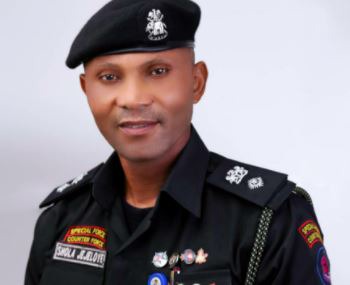 Jejeloye further reiterated that the Lagos State Task Force would do everything within its power to enforce the restriction of motorbikes on Lagos highways and bridges.