By FeedNews (self media writer) | 10 months ago 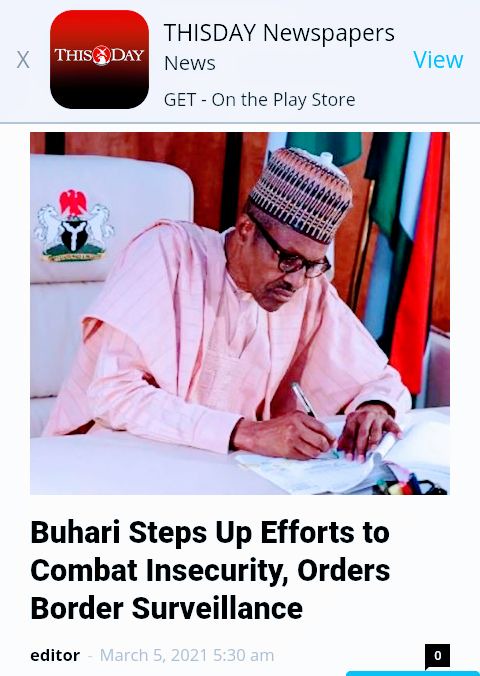 President Muhammadu Buhari on Thursday had pushed more efforts through his administration to tame the crises of insecurity in the country. He directed the Nigerian Immigration Service (NIS) to increase their vigilance at the country's borders. He tasked the nation's security agencies to improve their drive towards protection of lives and properties. President Muhammadu Buhari through his spokesmen, Mallam Garba Shehu on Wednesday has ordered the security agencies to shoot on sight any bearers of illegal weapon such as AK47. He ensured that his administration will give much needed support from the operations. 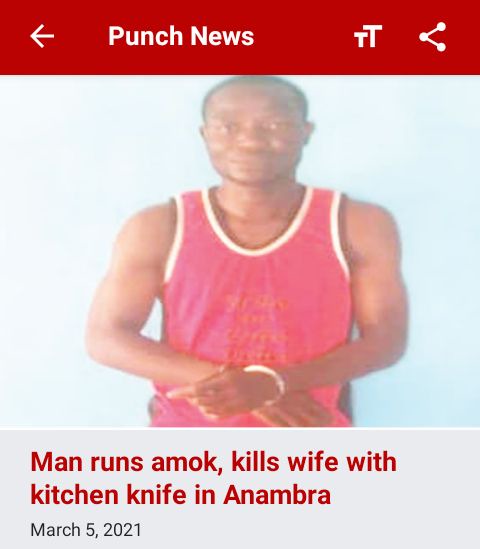 A 35 year old man in Nise located at Awka South local government area of Anambra State has reportedly killed his wife. This man known as Kingsley Igwe allegedly killed his wife, onyinye after inflicting much injuries on her using a kitchen knife. It was reported that the accused was acting under an influence of drugs by a source. In his statement, Haruna Mohammed the state police public relations said the incident happened on Thursday and the police operative attached to 3-3 police station arrested the man. Sadly the wife was certified death by a doctor when she was rushed to hospital. 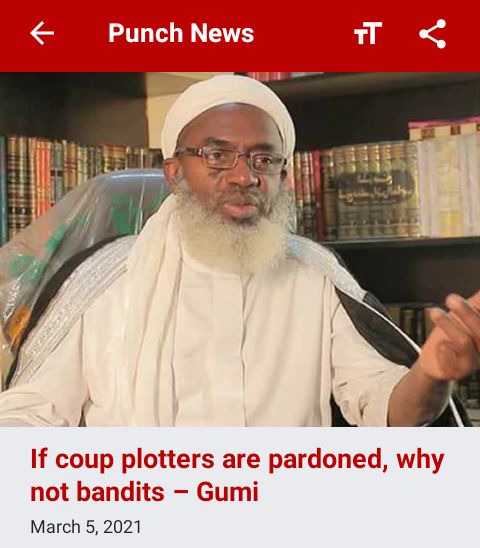 Sheikh Ahmad Gumi a renowned northern Islamic scholar has made it known to the government that there is nothing wrong with the government forgiving bandits if that same government could forgive coup plotters that committed a huge felony. While responding to the Christian Association of Nigeria, CAN on thursday in kaduna, the renowned Islamic cleric said there was need to forgive bandits for Nigeria to have peace. He also stated that if those responsible for the civil war that cost millions of life were forgiven, then he sees no reason why the bandits cannot be forgiven and granted amnesty. He cleared himself towards his distorted and manipulated videos that went viral. 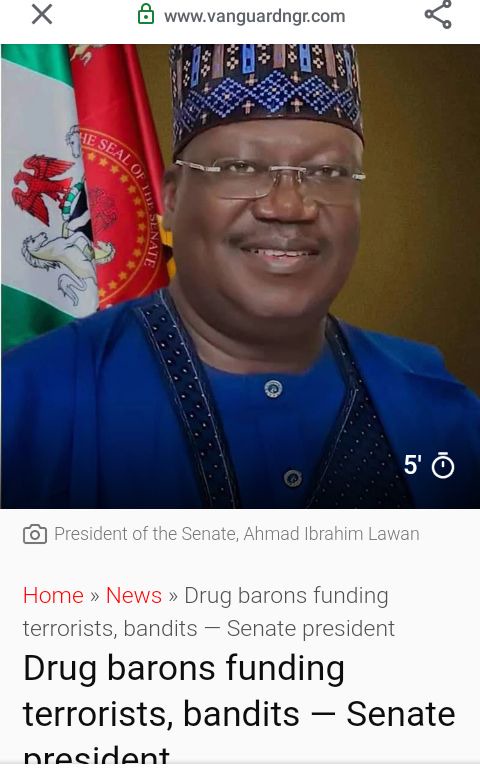 The Nigerian president of senate, Ahmad Lawan has raised alarm on Thursday saying that drug barons are the ones responsible for funding terrorists in the country. He stated that the reason why Boko Haram insurgents, bandits and kidnappers are with arms and also undergo criminal activities in the country could only be the result of this funding. He urged the NDLEA, Brigadier General Buba Marwa, retd on his visit to Abuja yesterday how important it is to restructure the NDLEA. He noted the need to empower the NDLEA to hunt down the activities of drug trafficking in the country. In his personal opinion, he stated that the NDLEA should be empowered like the EFCC and ICPC and also get their kind of support. He believes this could help track down terrorism in the country which is sponsored by most barons not the bandits

Content created and supplied by: FeedNews (via Opera News )