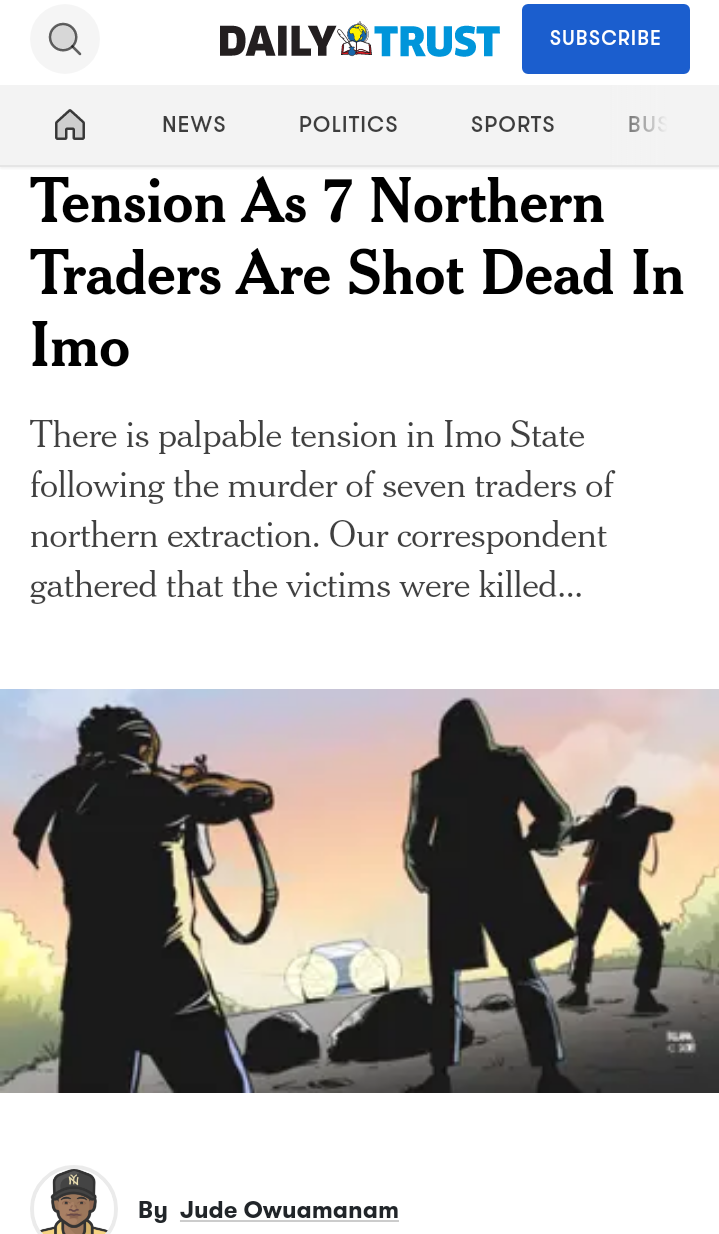 There is tension in Imo State after men dressed in military uniform killed 7 Northerners in Orlu town and Umuaka in Njaba Local Government Area in Imo State, between Friday and Saturday. The men who stormed Afor Umuaka market and started shooting at the northerners who were unarmed. 3 of the northerners killed on Friday were Suya sellers, while the remaining 4 killed are Hausa traders. The governor and his officials are aware of the situation and looking for a way to curtail the growing tension. 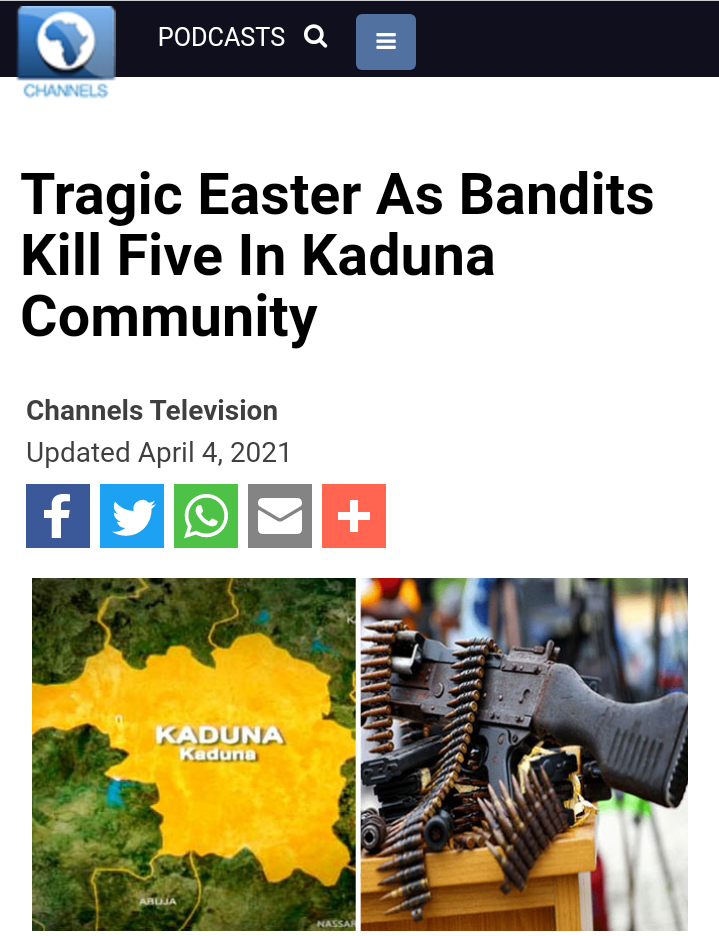 The report of attack on civilians today has been received from the Kaduna State Commissioner for Internal Security and Home Affairs, Samuel Aruwan, when he said in a press statement that bandits has attacked Chikun community this morning when they started shooting sporadically at innocent civilians and led to the death of five people in the community. Recall that these Bandits have been recking havoc on innocent civilians in different parts of Kaduna State for a while now and has led to death of many innocent civilians. 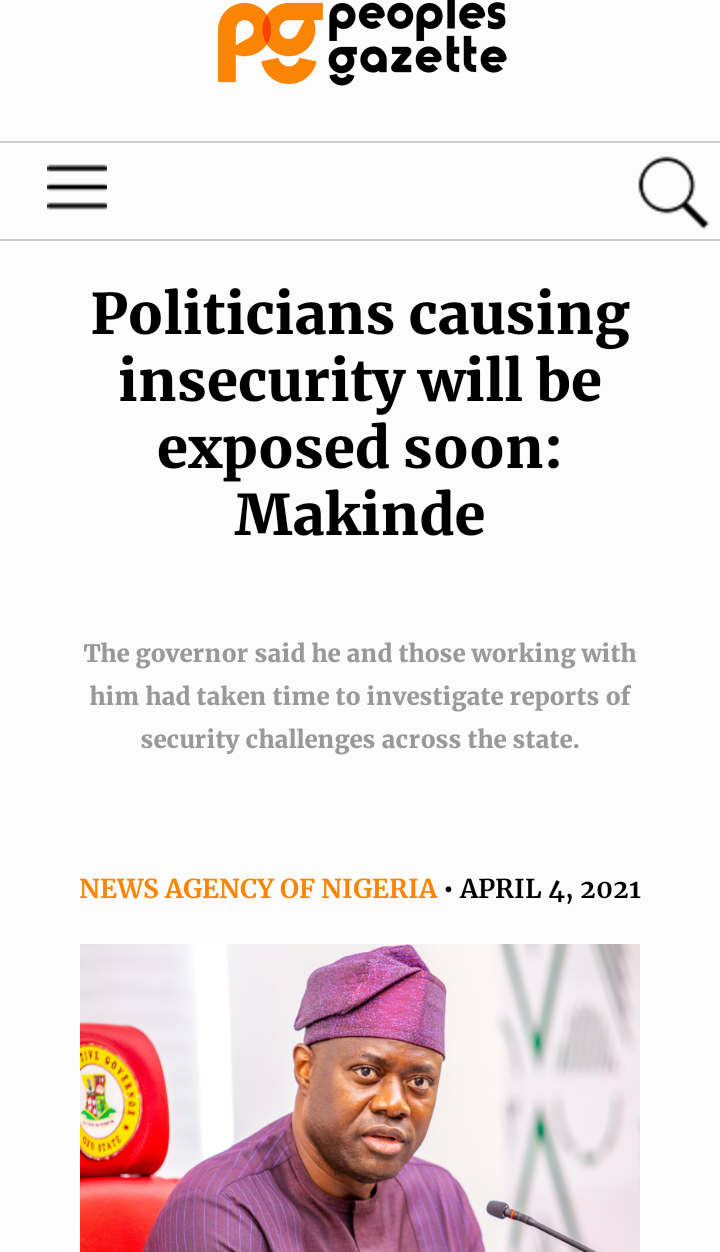 The governor of Oyo State, Seyi Makinde while speaking with congregations at the St. Peters Anglican Cathedral Church, Aremo, Ibadan today. He said Security issues should not be politicized because some people want to be in power in 2023 and if there is no Oyo State in 2023 or Nigeria, who are they going to govern? The governor used the opportunity to the citizens of Oyo State on his efforts toward curtailing the menace of insecurity in Oyo State. 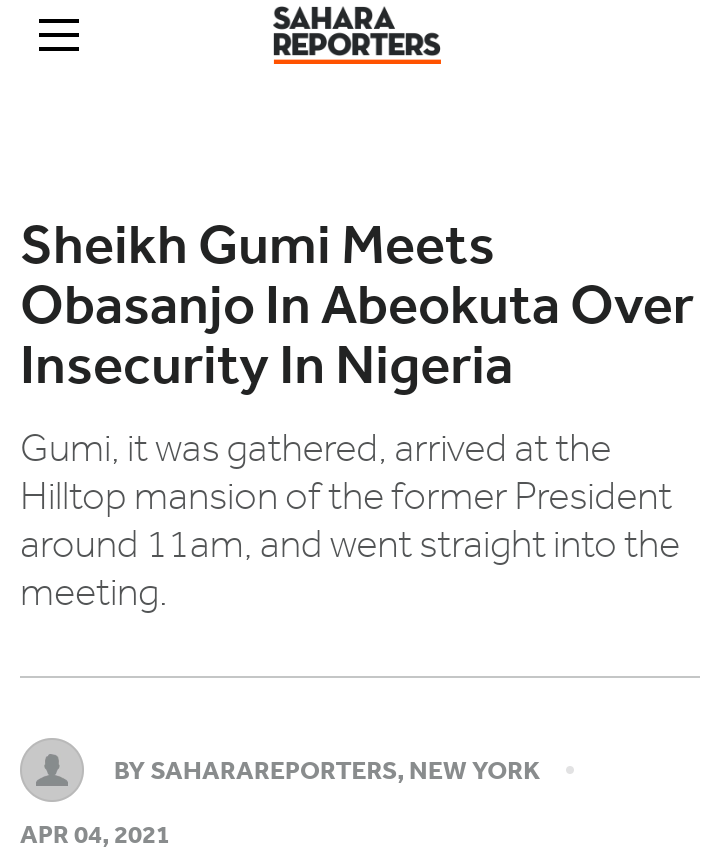 The revered islamic scholar, Sheik Ahmad Gumi, who arrived around 11am this morning to a meeting with former President Olusegun Obasanjo in Abeokuta, Ogun state over the state of insecurity across the country. Recall that the Sheick has been having peace advocacy talks with the bandits in the North who have caused a lot of havoc to civilians. After the meeting which is a close door one, both the cleric and the former president are expected to address Nigerians with possible solutions to ending the incessant insecurity crisis across the country. 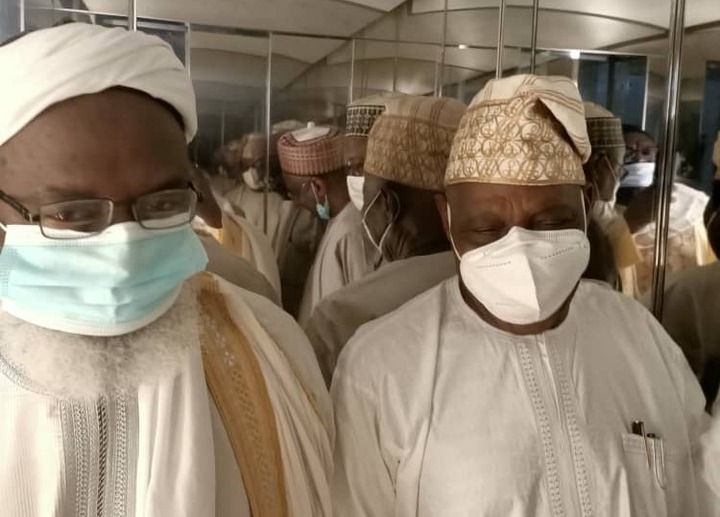 Don't you think the recent killing of Northerners in Imo State is politically orchestrated?

Please suggest a possible solution to the incessant attacks by Bandits in Kaduna State.

Do you think the meeting between Gumi and Obasanjo will proffer solutions to Nigeria problem?

Share your views with us in the comments section.