By Gisthour (self media writer) | 7 months ago 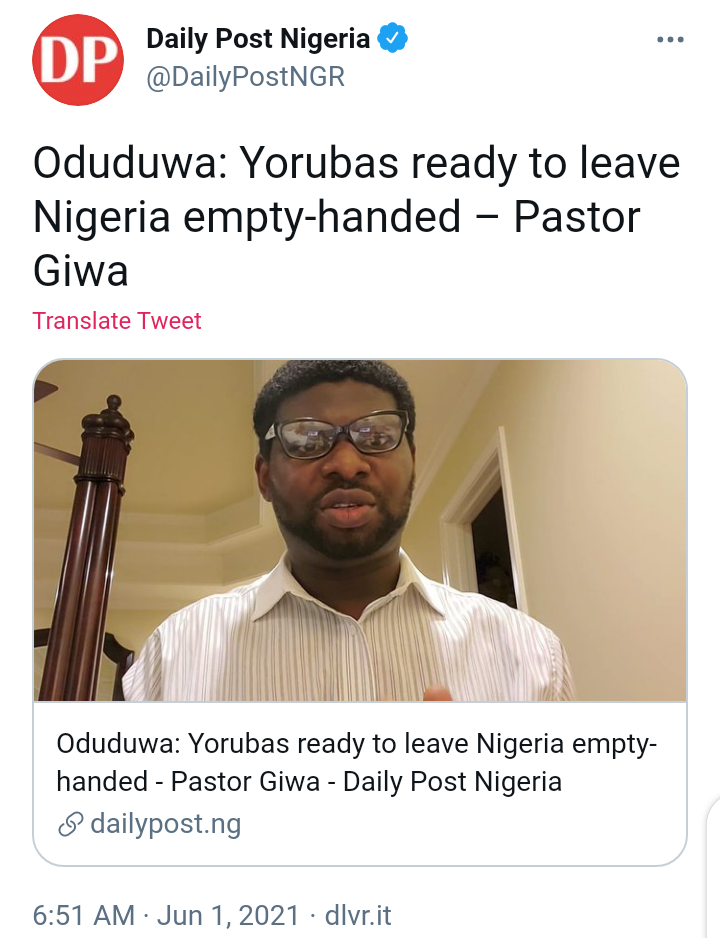 Senior Pastor of Awaiting The Second Coming of Christ Ministry, Adewale Giwa, has warned that nobody can solve the problem of Nigeria unless it breaks up.

“The few people who are holding back the disintegration of Nigeria will soon fall flat no matter how powerful they are,” Pastor Giwa warns in a statement he made available to DAILY POST on Tuesday morning.

Pastor Giwa lamented that these few people presently control everything in Nigeria, including a vast array of resources that bind the country together. 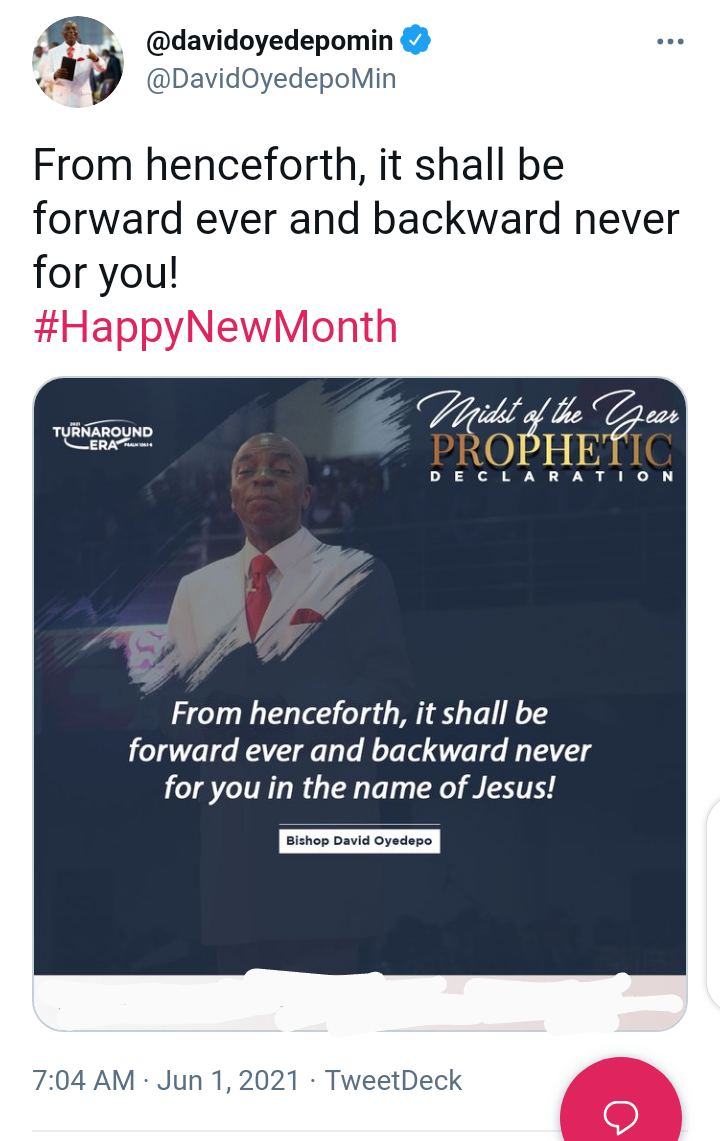 Pastor Oyedepo who is the founder of Living Faith Church has recently released a new prophecy.

The prophecy was released in his official twitter page.

He said, "From henceforth, it shall be forward ever and backward never for you!". 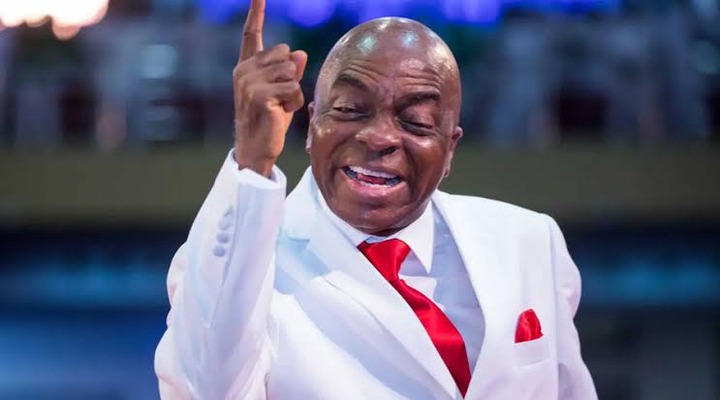 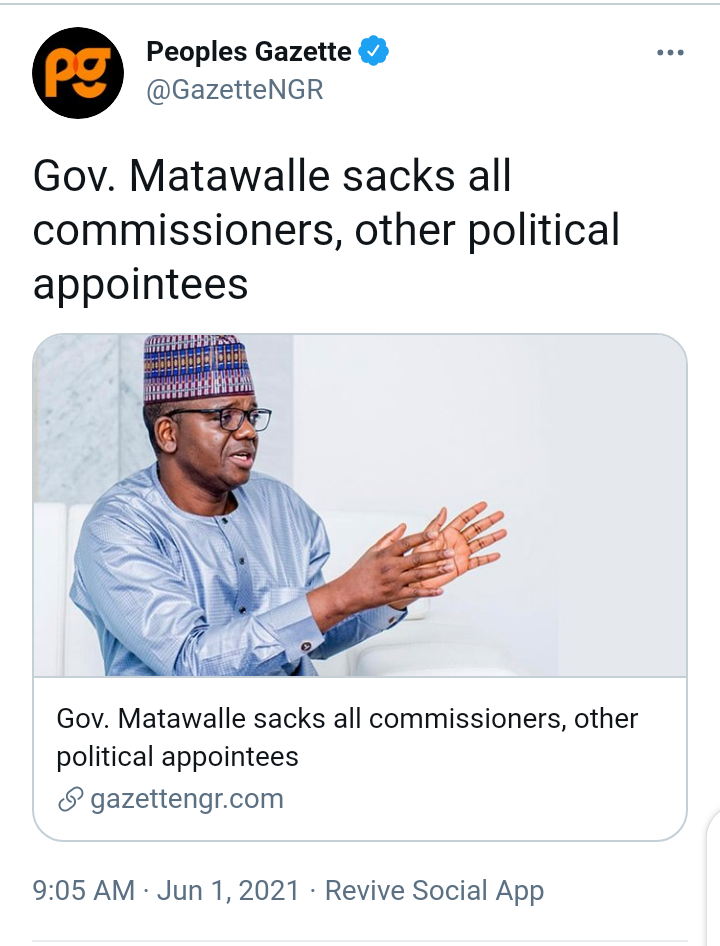 Bello Matawalle has sacked all his commissioners and other political appointees in Zamfara.

The governor also suspended an emir and a district head.

A statement released by Zailani Bappa, the governor’s media aide, said the secretary to the state government, the chief of staff, and the deputy chief of staff were relieved of their respective appointments.

Also sacked were all chairmen and members of the state commissions and boards of various agencies. 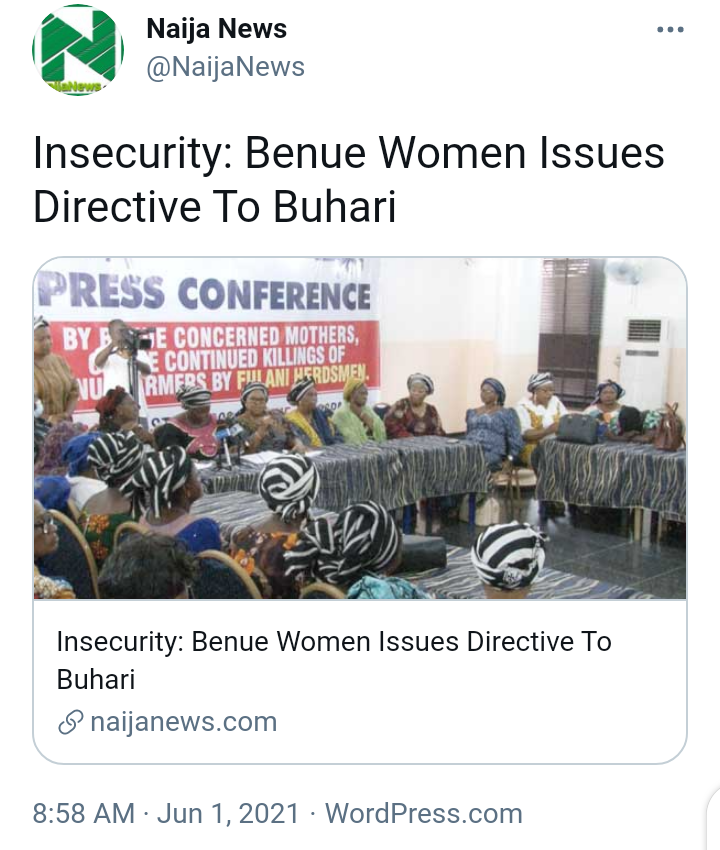 A group of women known as Concerned Benue Mothers (CBM) has called on President Muhammadu Buhari to urgently address the nation and caution Fulani herdsmen to stop the killings.

The Benue Mothers who were drawn from the three Senatorial Districts of the state made the call on Monday while addressing journalists in Makurdi, the state capital.

The group led by a former federal lawmaker, Rebecca Apedzan, called for a National Ranching Policy and called on President Buhari to cancel the planned imposition of grazing reserves on Nigerians. 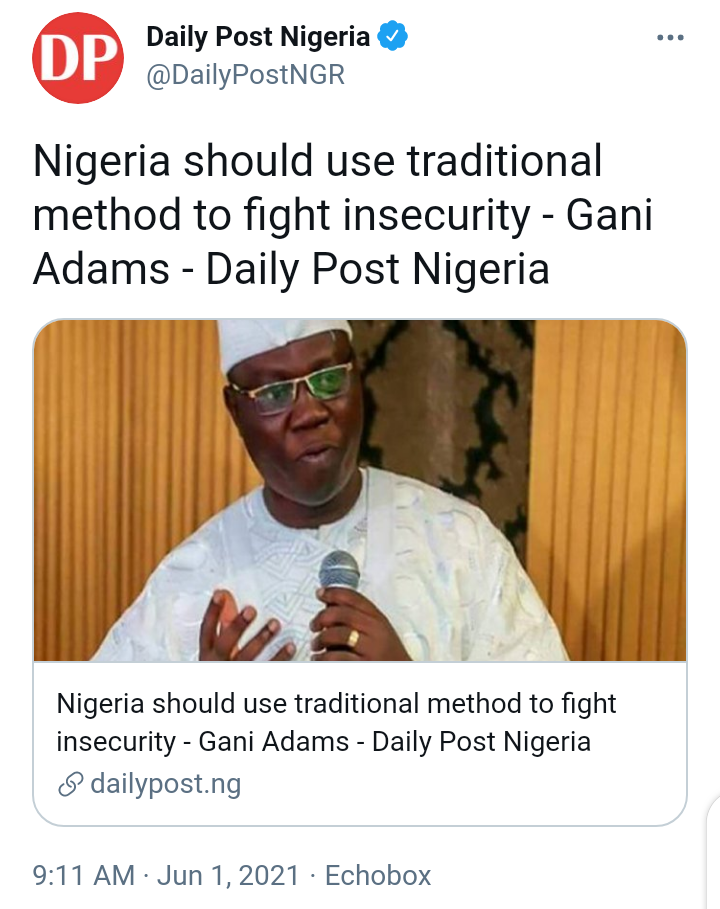 Aare Onakakanfo of Yoruba land, Gani Adams on Monday urged the leadership of Nigeria to fight insecurity with traditional method.

He gave the counsel on Monday at the 2021 Odun Aje (Wealth) Festival at Orile Agege in Lagos.

The leader of the O’odua Peoples Congress (OPC) berated federal government on the current situation of security nationwide.