The Oba of Lagos, Oba Akiolu has got so many people talking after his speech at the commissioning of the Glover Hall in Lagos Today. The monarch was present at the event today and he seized the opportunity to tell Nigerians the total amount of money that the Hoodlums who broke into his palace stole in October. Recall that in October 2020, a protest that started peacefully later got hijacked by some hoodlums who were breaking into private properties to steal foods, gadgets from Shoprite and others. The hoodlums also found their way into the palace of the Oba of Lagos where they took away some of his properties. 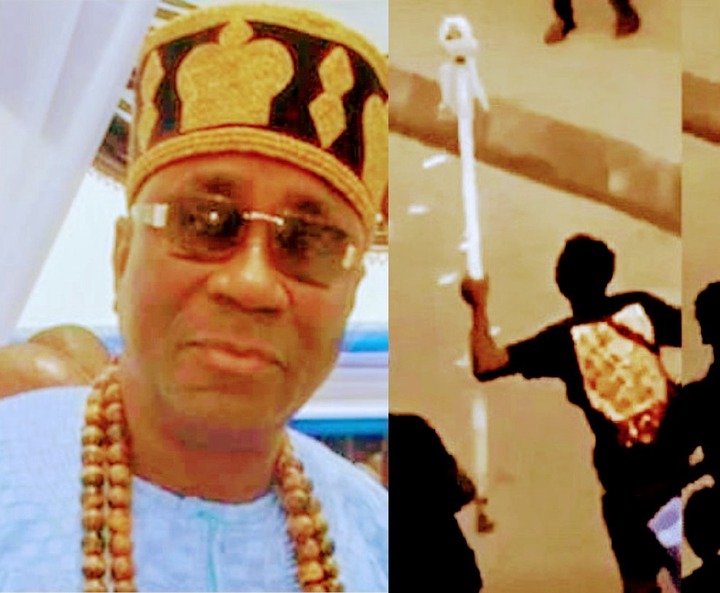 The hoodlums were spotted with the Staff of Office of the monarch (Opa Ase) as they were marching with it on the street. Some of them even stole the shoes of the king and the most hilarious was some who were spotted with a casket which they allegedly stole in the palace. It was reported that the hoodlums saw some Dollar notes inside the casket, so they took the casket away with the money inside. Many spiritual leaders tried their best to bring the culprit to book but it appears that it was futile. In fact, the king was unable to return to his palace in Iga Idugaran in Lagos Island which was invaded until 2 months after. 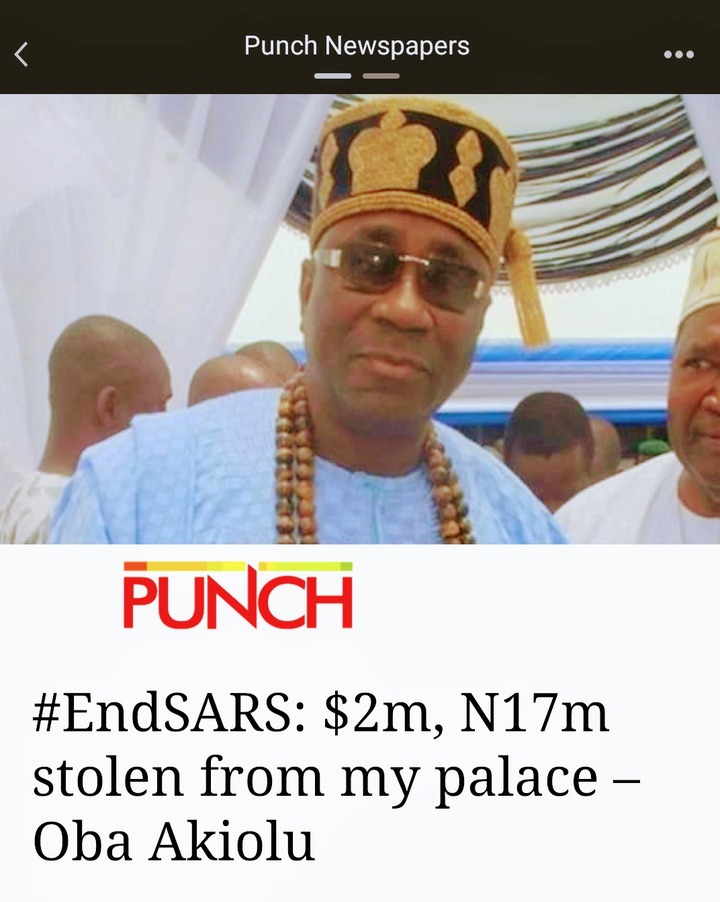 After many months, the monarch has finally addressed the issue during his speech today. The monarch says he initially avoided counting his losses after the attack in the public but now it seems it is the best thing to do. He appealed to the Lagos Government to help those who lost their properties to the attacks. He says that the hoodlums stole $2m and N17 million from his palace. $2 million is equivalent to over 750 millions in Naira. The monarch says that the hoodlums stole 2 million Dollars and 17 million Naira when they invaded his palace.

In his own words, Oba Akiolu says that ‘The destruction that we suffered in Lagos is more enormous than in any other part of the country. I can now say publicly that they stole away from my palace $2 million and N17 million.’ He added that the people who broke into his palace would never have done it if they knew the implication but being a father, he has decided not to place a curse on them, but he calls on the Government of Lagos State to assist them regarding their losses. What he said has sparked so many reactions online, see what people are saying.

My mother never believed I could succeed through music ― Ebenezer Obey