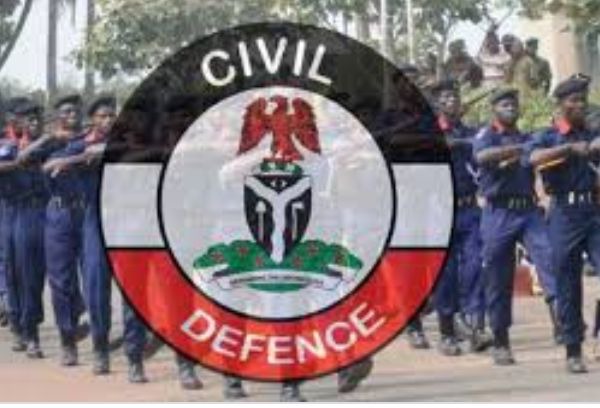 A 39 year old man, Segun Oni has been arrested by the officials of the Nigeria Security and Civil Defense Corps (NSCDC) of Kwara state for allegedly defiling a 12 year old mentally impaired girl in ifelodun local government in Kwara State.

Speaking with Newsmen, the Spokesman of the Corps, Babawale Afolabi said the case was reported to the NSCDC office by the victim's Grand father on the 14th of June and the men of the corps switched into action by arresting the suspect and investigating the case.

He added that the Grand father reportedly caught the suspect in the act of having the canal knowledge of the minor under a mango tree and it was also stated that the minor is suffering from a Cogenital mental abnormalities which has impaired her communication and social skills, and this makes her interact and talk less with people.

He also stated that the medical investigation carried out on the girl shows bruises and penetration in her private parts.

However, the Suspect has confessed to the allegation made against him as he said he lures the victim with gift to an isolated area where he commits his abominable acts.

The spokesman also added that the Suspect, Segun Oni will be charged to court as soon as the concrete investigation has been completed.