There was mild drama at the popular Ilesa roundabout Friday as traders at the Atakunmosa central market, Ilesa relocated to the heart of the town to display their wares with erring traders who have been displaying theirs indiscriminately at the roundabout and causing obstruction to free flow of traffic to and fro the market area. 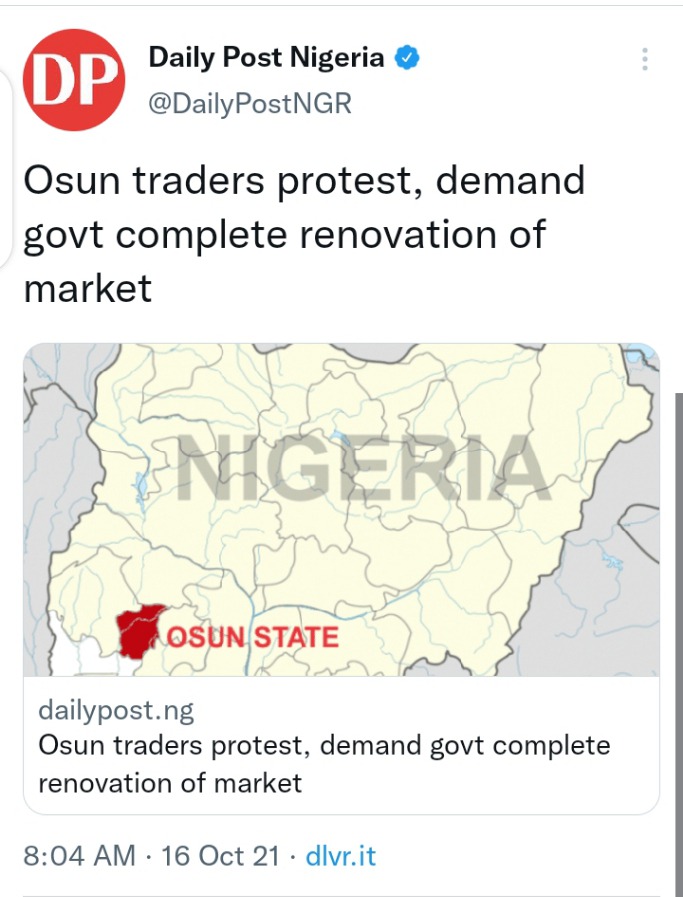 Speaking with this medium, the Chairman, Atakunmosa Market Men and Women Association, Babatunde Obembe lamented that the market executives had made frantic efforts to make the Ilesa West local government see reason for the traders causing nuisance at the roundabout to vacate but to no avail.

He also stated that efforts of the Owa Obokun of Ijesaland, Oba Gabriel Adekunle Aromolaran, the Ijesa elites and other personalities to restore sanity to the area was allegedly scuttled by the lack of political will on the part of the local government executives. 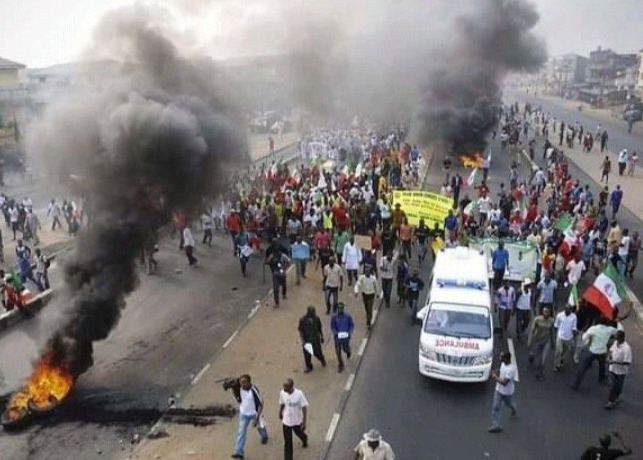 The United Kingdom government in Nigeria has said terrorists are likely to carry out more attacks in Nigeria, while listing out more than 12 states which its citizens in Nigeria should avoid or be prepared for a high risk of kidnapping and other crimes. 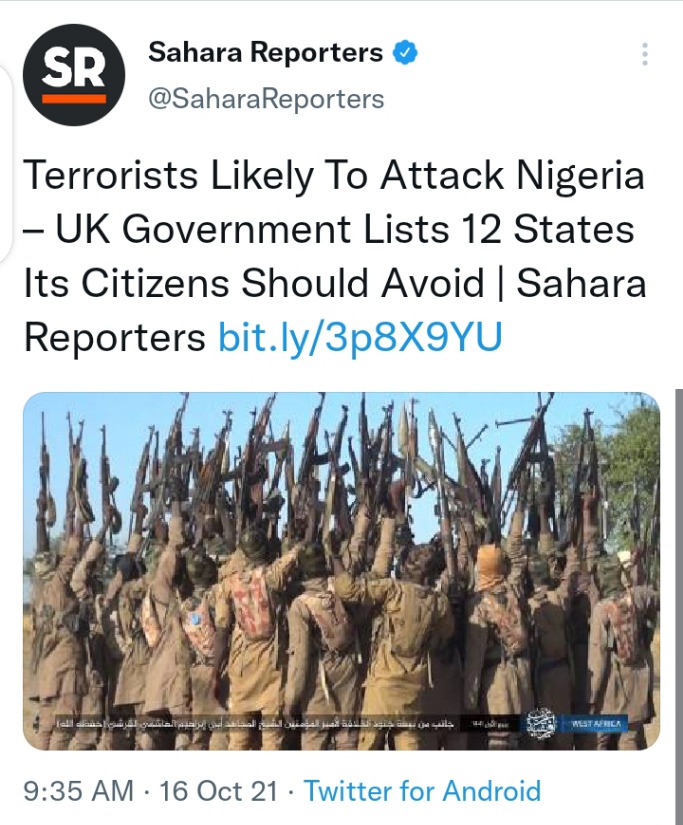 In a statement published on its website on Friday, the government also urged its citizens to monitor the local media for information on possible protests in different parts of the country.

“Terrorists are very likely to try to carry out attacks in Nigeria. Most attacks are conducted by Boko Haram or Islamic State West Africa (ISWA) and occur in Borno, Yobe and Adamawa States in the North East,” the UK government said.

No political ambition is worth bloodshed, says Fayemi

Kayode Fayemi, governor of Ekiti, says no political position is worth the blood of anyone. 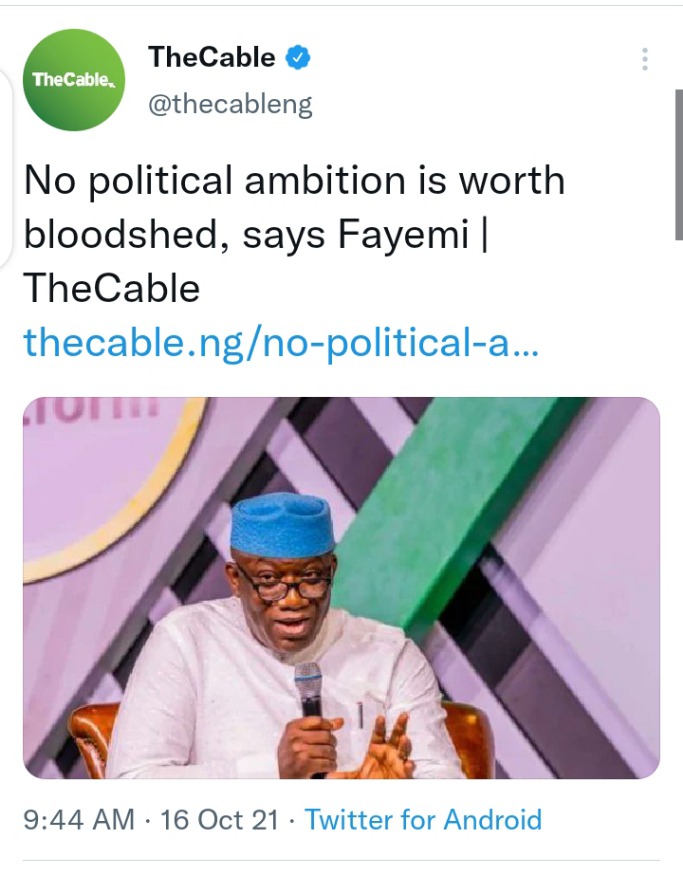 Fayemi spoke at a "State-of-the-State" event in Ado-Ekiti on Friday, as part of activities marking his third year as governor.

The governor admonished all political parties and their followers to eschew violence by “playing the game according to the rules”, and that “it is only God that enthrones leaders.”

The Federal Road Safety Corps in Lagos State reported on Friday that 101 people died and 625 were injured in road crashes in the state between January and August 2021. 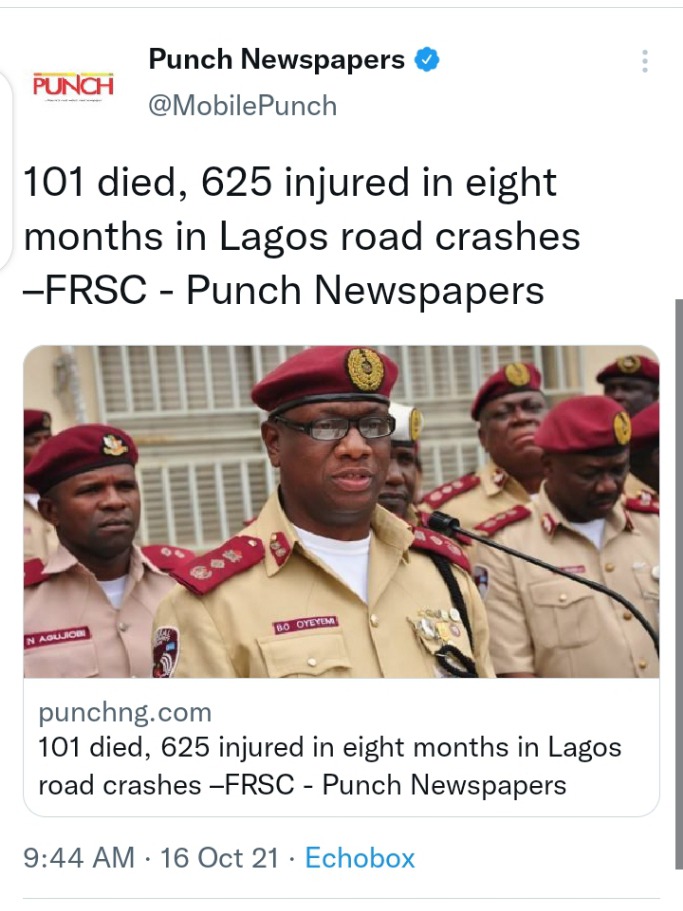 Ogungbemile stated that 15,000 traffic offenders were arrested for various offenses during the period, while 432 were arrested for driving without valid licenses, and that all affected vehicles had been impounded.

On the Ember campaign, he said crashes were caused due to disobedience to traffic rules and regulations by road users, the News Agency of Nigeria reports.