By TheQueenHerself (self media writer) | 1 year ago

It is so saddening that a young, vibrant lady whose name is Iniobong Umoren in Akwa Ibom, who had a life ahead to her has been killed and her life cut short due to the wickedness of her killer. She was just a young girl who desired to be productive but was taken advantage of and murdered. 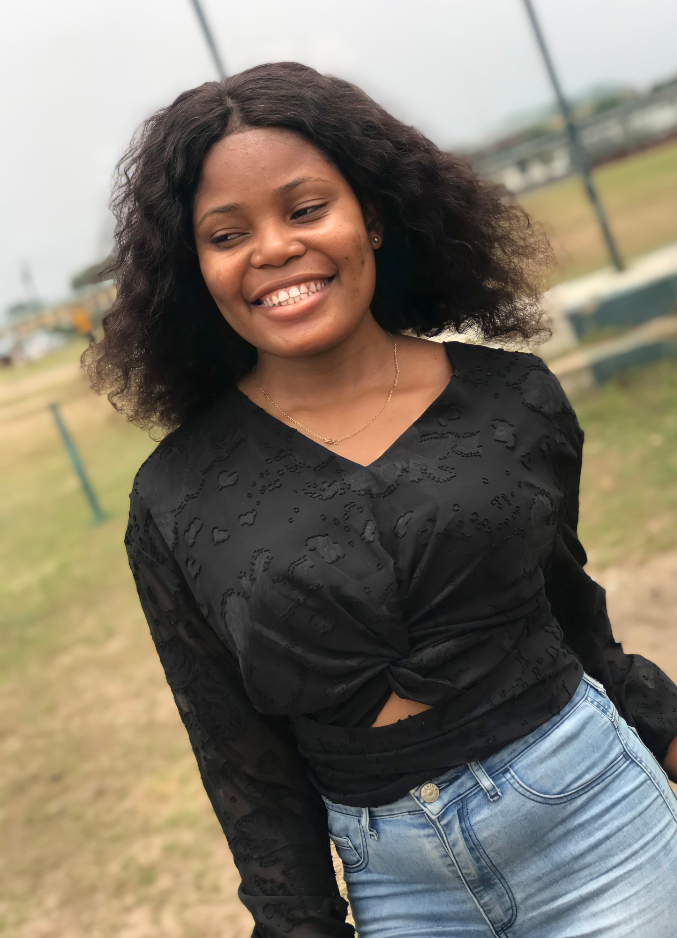 She went in search of a job on 29th April, 2021 not knowing she was walking into a trap set by her killer, when she found out she was in danger, she sent a one second voice note to her friend Umoh Uduak, who immediately called her and heard her shouting before the call was interrupted and her phone switched off. She was found dead after being buried by her killer, two days later, which is devastating. Late Iniobong was very active on her Twitter account, she usually made posts, one of which she requested for a job that led to her being invited for a fake interview which led to her death. She made this post on her Twitter page saying that nothing lasts forever and this was the last thing she posted on her social media page.

This is a screenshot of the last post she made concerning the end of everything; 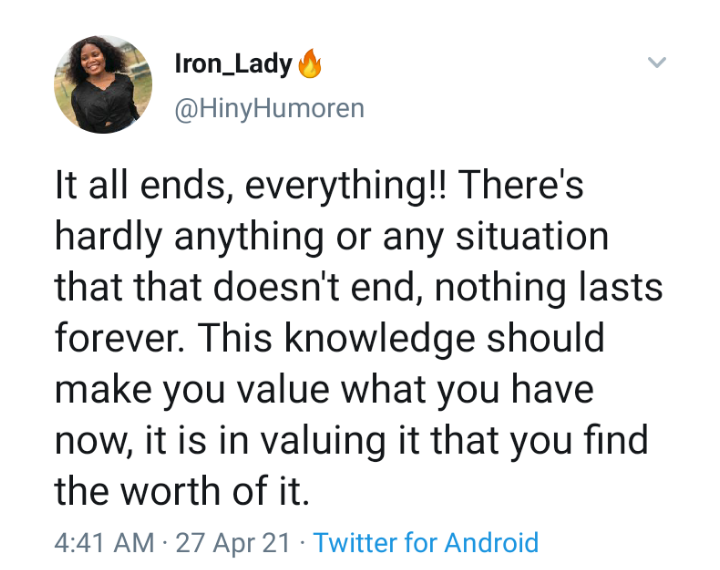 She said that everything ends and that one should value what he or she has, that there is hardly anything that doesn't end and nothing lasts forever. This post seems like she may have predicted her passing on as she said everthing ends.

The story of her death is painful, someone who was such a lively, happy person, who didn't want to be a liability to anyone died because of someone's evil mindedness. It is sad that she went through such terrible incident. May she rest in peace.