Two young men who were engaging in initiation exercise as cult members are among six cultists arrested at the Ikorodu area of Lagos State by men of the state police command, the command announced on Tuesday, April 20.

The two young men, whose names were given as Fatai Kalejaiye, aged 25 years and Kolapo Aiyeobasan, aged 20, were arrested by operatives attached to the Ikorodu Division of the command while one of them was about to conduct initiation exercise for the other into the Eye Confraternity.

It was gathered that Fatai Kalejaiye, who confessed to be a member of the Eye Confraternity, was in the process of initiating Kolapo Aiyeobasan into the group when policemen with vigilante group members, acting on a tip-off, swooped on them and arrested them.

Similarly, another set of four cult members who invaded a street in Majidun, Ikorodu and attacked residents, were also arrested by operatives attached to the Ipakodo Division with the help of local vigilante groups.

The police gave the names of the four cultists as Sunday Mesagan, aged 16; Demilade Matiminu, aged 24; Oladimeji Orimoloye, aged 19; and Emmanuel Akinmoye, aged 24. Thet were said to have attacked residents of Number 4, Abejoye Street, Majidun, Ikorodu area of the state. 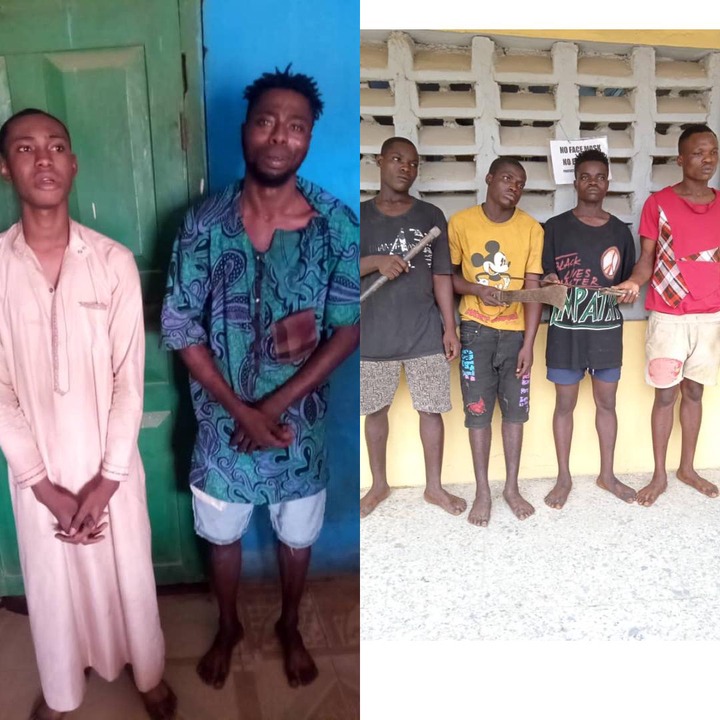 According to a statement by the state police command through its Public Relations Officer, Muyiwa Adejobi, on the Twitter handle of the command @LagosPoliceng on Tuesday, items recovered from them included one chisel, cutlasses, charms and some other weapons.

According to the statement: "The police operatives attached to Ikorodu Division of the Lagos State Police Command and local vigilantes arrested one Fatai Kalejaiye, aged 25 years while initiating one Kolapo Aiyeobasan, aged 20.

"Fatai Kalejaiye, who confessed to be a member of Eye Confraternity, was caught while performing rites of initiation on the second man, Kolapo Aiyeobasan. 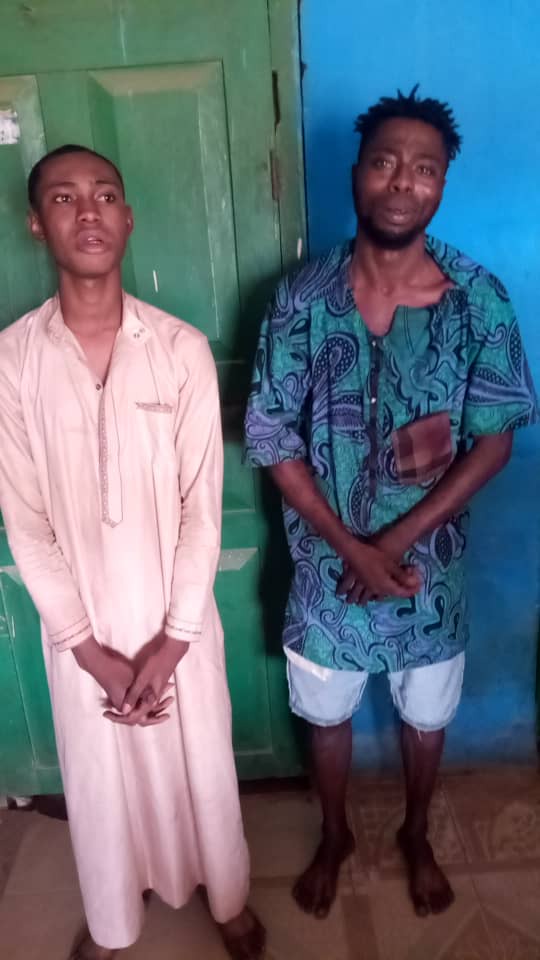 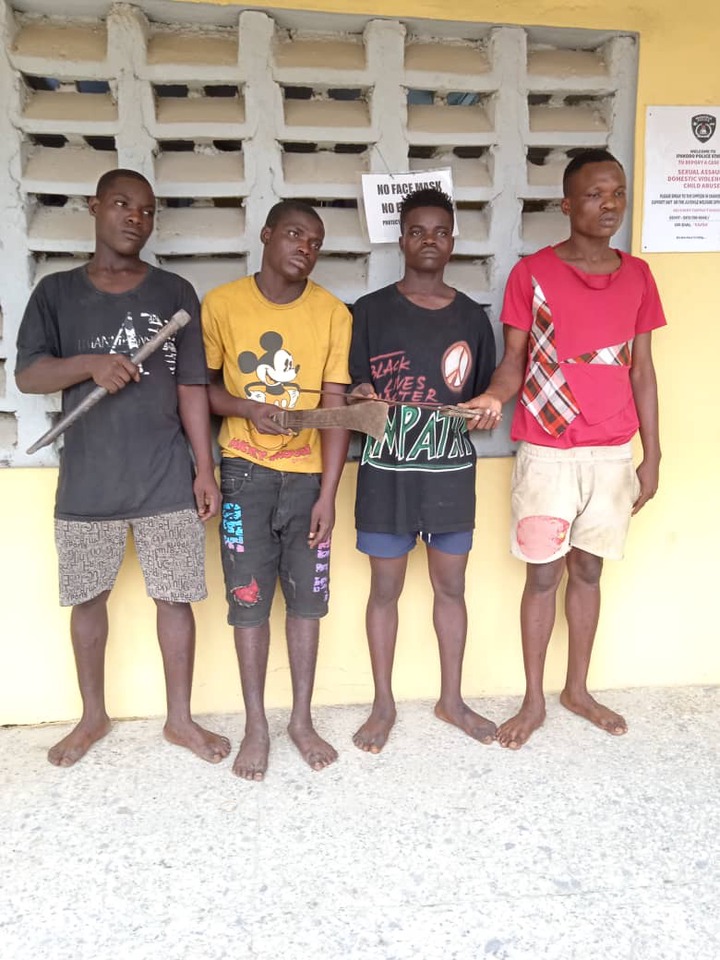 "The arrest was as a result of a complaint received from a resident of Number 4, Abejoye Street, Majidun, Ikorodu area of Lagos State, that some armed cultists invaded their house in Majidun and attacked them.

"The policemen, in conjunction with local vigilantes in Ikorodu, swung into action and arrested them one after the other while others are still at large.

"Items recovered from them included one chissle, one cutlasses, broken bottles, charms and some offensive weapons.

"The suspects have been taken to the command's Special Squad for further investigation on the order of the Commissioner of Police, Lagos State, Mr Hakeem Odumosu."

PHOTOS: How eight Yahoo Boys were picked up at their hideout in Abuja during early morning raid

"Buhari Is Restructuring Nigeria, He Does Not Control State Governors" - Lauretta Onochie