The story of Rachael David has proven to many people that indeed, there is nothing that God cannot do. When God says it is not yet time for someone to die, no mortal can ever kill that person. Imagine someone who was abducted for ‘ritual purpose’ but when it was time to be used as sacrifice, she got rejected. She was taken to the place again and again until the man warned the people that kidnapped her to return her back to wherever they took her with impelling alacrity. This sounds like a Nollywood Movie but it is a true life incident which happened in Rivers on Thursday.

The case of a missing person identified as Rachael David had surfaced the internet some days ago. She was said to have left home at Port Harcourt but never returned back. The lady, Rachael Davis is 18 years old. She is an Auxiliary Nurse in Rivers State. Punch News gathered that the lady was kidnapped at Okuru Junction, Port Harcourt around 7am on Thursday. During an interview with PUNCH News, she disclosed that she was returning home on that fateful day but she had an encounter with a motorist. 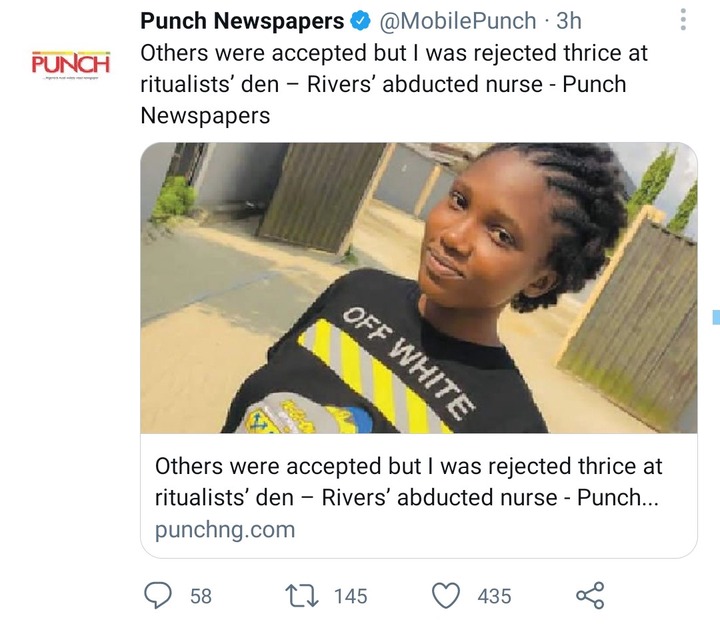 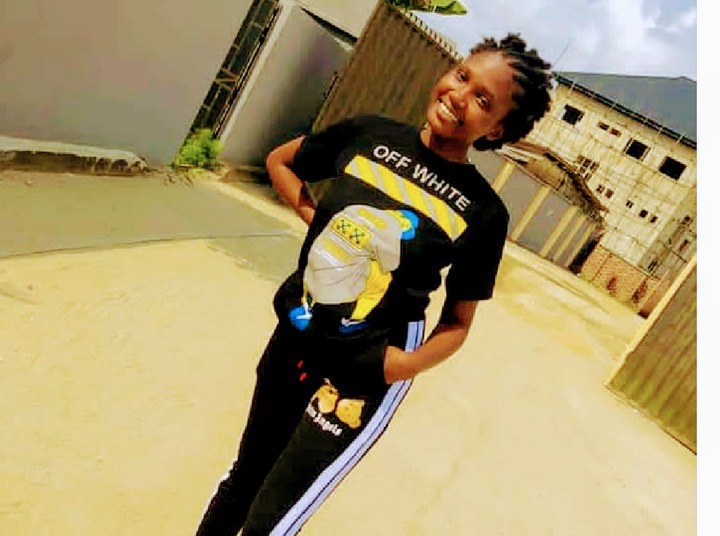 The motorist signaled to her with his car’s horn and she went to meet him. She said she saw a lady at the back of the car. The motorist asked her for the direction to a place known as ‘Bitter Leave Junction’ and when she was about to tell him, he told her that he couldn’t hear her clearly and she should come closer. Rachael told Punch News that ‘He touched me and I didn’t know if I entered the car or not. By the time I regained consciousness, I was already in an unknown place. They had blindfolded me and tied my hands. I couldn’t tell the time of the day…’

She observed that she was not the only one in the kidnappers’ den. She was taken to a gang she believed to be ritual killers alongside the other victims. She said that the other victims were accepted and she was the only one that was rejected. She was kept somewhere till the following morning, Friday. She said that on Friday morning, the kidnappers brought more victims while she was still there. They took her to the place again with the new set of victims but she also got rejected again.

After trying for 3 times with no luck, one man quickly told her abductors that they must return the girl back to where they took her as fast as possible. She said the abductors took her away and drove her to an unknown location where they pushed her out of the car with the blindfold on her face. She said she managed to untie herself and she saw a passerby who told her that she was at Rumuokoru, Port Harcourt. She reached out to her parents but before they came, she had become unconscious.

Her sister told PUNCH News that they are very delighted to see her again. They were accompanied by some police officers to pick her at the place where she was abandoned but she had already fainted before they got there.