By Tidings (self meida writer) | 12 days

The Kidnappers of the King of Ikuru Community in Andoni Local Government of Rivers State has been seen in a video interacting with his abductee and making demands. In a video that was posted on Facebook, the Gunmen who had face coverings made their demands. Recall the Chief Aaron, the Okama of Ikuru was kidnapped earlier in February and he spent 5 weeks in detention before his subsequent release in March. The king's release was celebrated by all but the reason for his kidnap was unknown. In a video that was uploaded on Facebook, the traditional ruler can be seen making promises to the abductors. 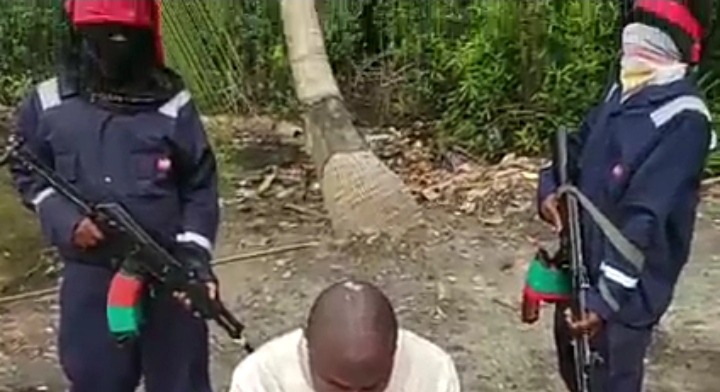 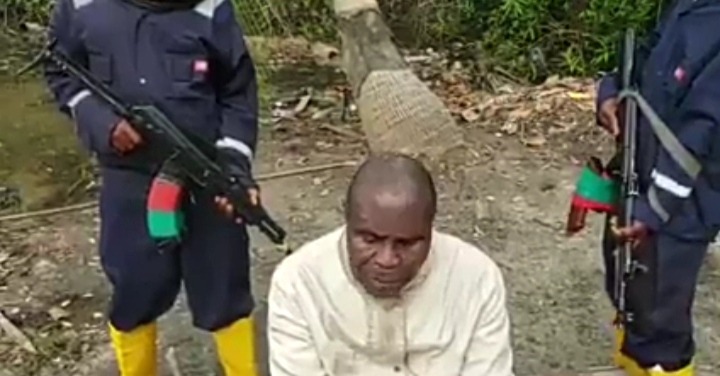 The abductors gave him a letter to read to the camera and the letter contained their demands. According to the letter, he was kidnapped because the youths were fed up with the failures of government officials and traditional rulers in the area. They said that the traditional rulers were not doing enough to bring peace amidst clashes in Andoni Local Government area. They also said that the government should stop attacking innocent citizens in the area. 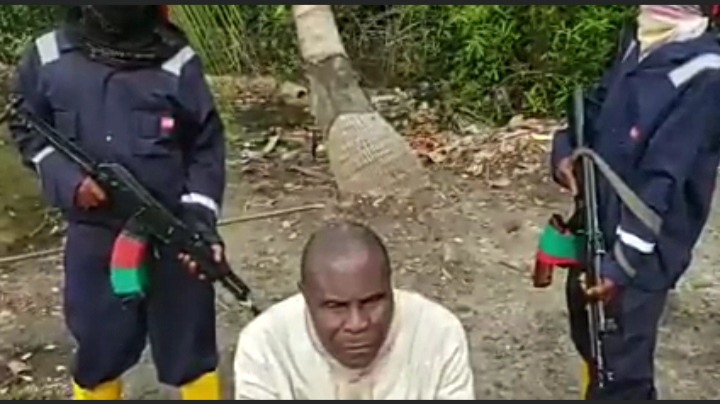 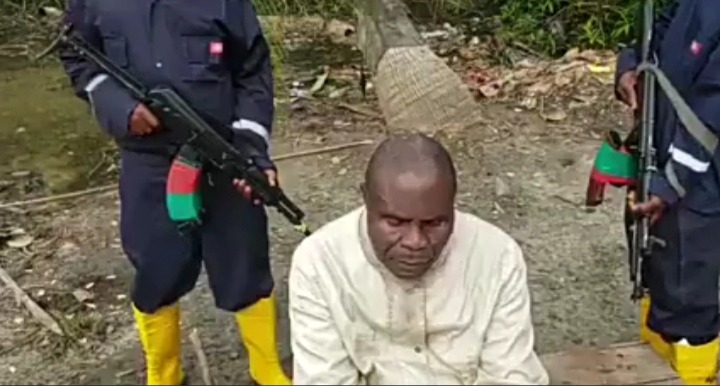 Another demand was about the employment situation of youths in the local government. According to them, many youths were unemployed despite the area's large supply of oil that boosts the country's revenue. In the video, the Gunmen said that they are going do the same thing to more of the traditional rulers and politicians in the area if their needs are not addressed. In panic, the king promised that if he is ever released by the grace of God, he will make sure to meet their demands and pursue peace in the area. 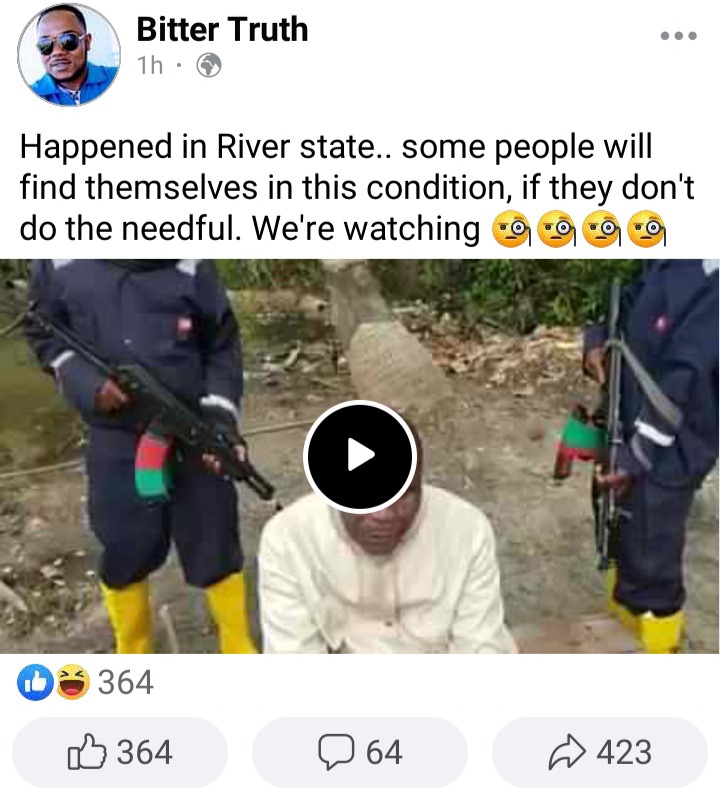 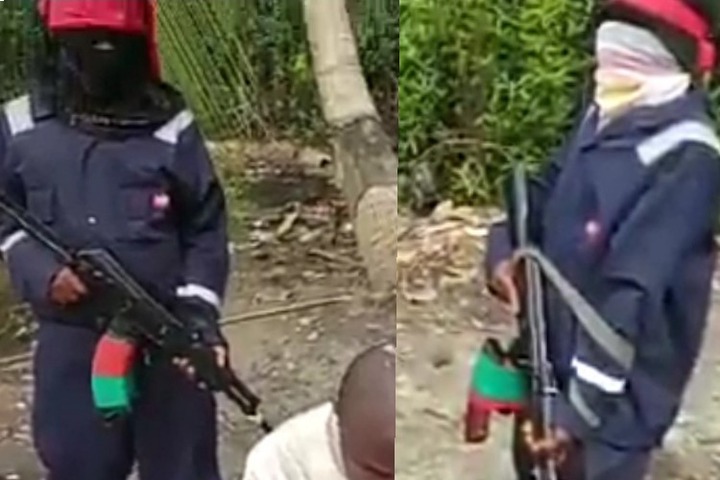 Their demands in the video were very selfless ones and it seems that they just wanted the best for the area. But is it right to pick up arms and fight Illegally?. What are your thoughts on everything that we on in the video?.

"When I Was In Adeniji Police Station, The Police Officers Took Turn To Beat Me Up"- Mr. Macaronii.

Checkout reactions after this man was caught in an attempt to dump his girlfriend corpse.