By SimplyTaiwo6 (self media writer) | 10 months ago

I have always heard about people sending fake alert to POS vendors and business owners but I have never for once believed in it because I thought it's looks somehow impossible but after I watched the confession video of this Computer science graduate that was captured by angry mob for fraud, I had to completely change my mindset towards fake alert. 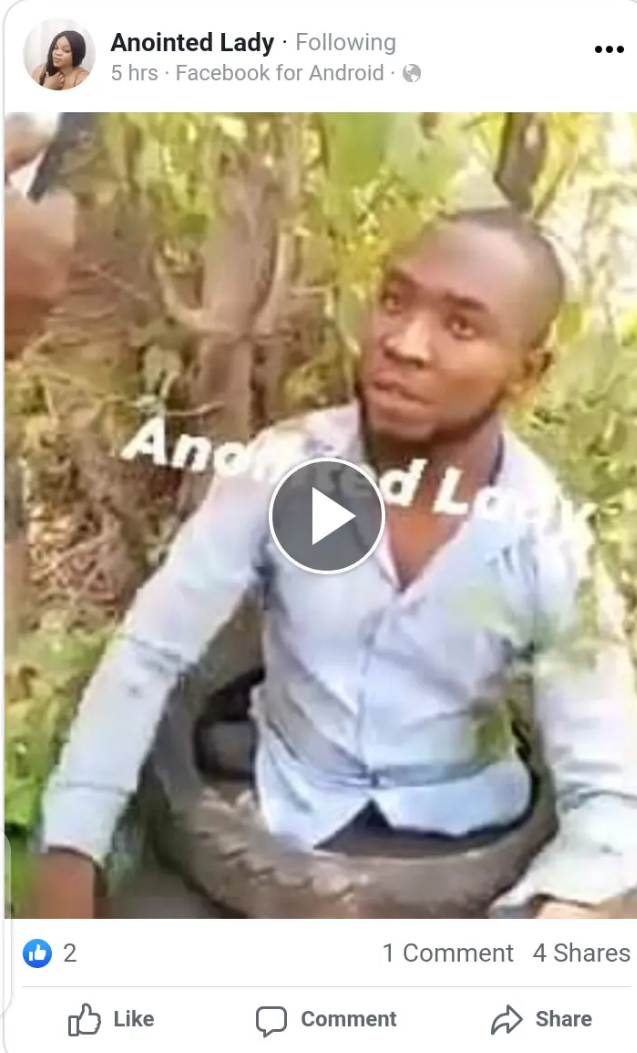 According to the video that's now trending on Facebook after it was posted by a woman identified as Anointed lady, a man who was suppose to be a computer science graduate of an undisclosed institution was seen sitting down on the floor with a tyre around his waist while some angry youths interrogates him after he was accused of duping a POS vendor. 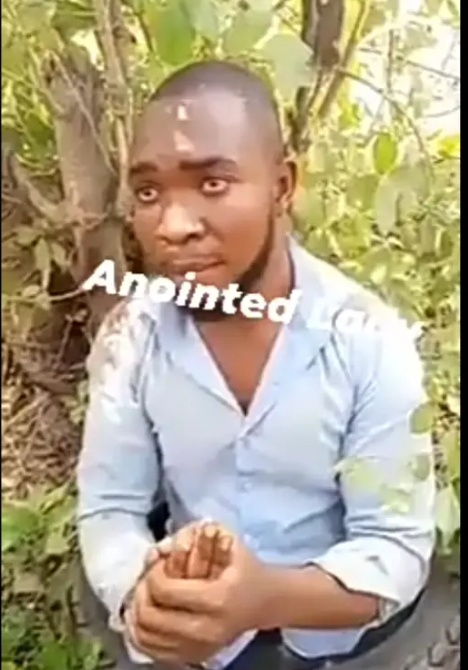 In the Video, the Young man revealed that, he is not a thief but a POS fraudster and he has been in the business for some time now and he also explained to the youths interrogating him that, he is a Computer science graduate but he didn't mention the name of the institution he attended.

Further speaking, he explained that, he simply use a software identified as "Oracle" to send fake alert to unsuspecting POS vendors of which they will receive the alert but after 24 hours, the money will be reversed back to the account he used in sending that fake alert.

In his words: once you connect your bank account with the 'oracle' app, you can transfer money to another person and the person will see the alert, but after 24 hours, the money will revert back to the account holder because the banks don't recognise the medium used.

He didn't stop there as he further listed out some places within the community where he had successfully duped a POS vendor but the interrogators were just angry with his confession and they started to torture him. 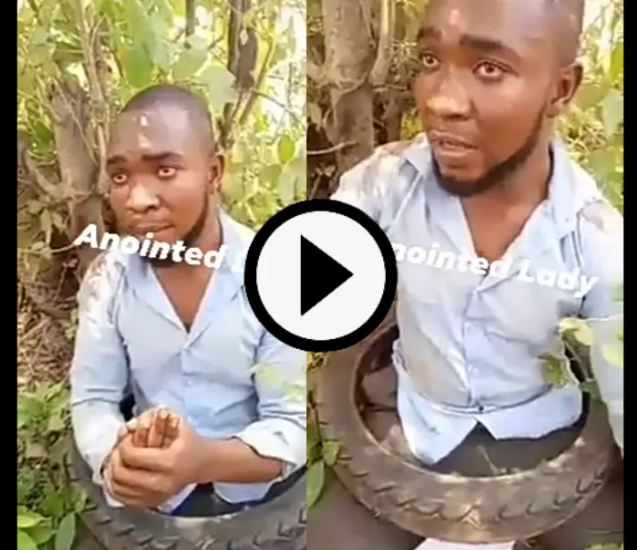 When I saw the video, the only thing that kept coming to my mind was the number of people he would have successfully scammed with this trick and those that would have lost their jobs because of his crime. A graduate that should have used his skill to better the country now turned into a petty thief, So pathetic!